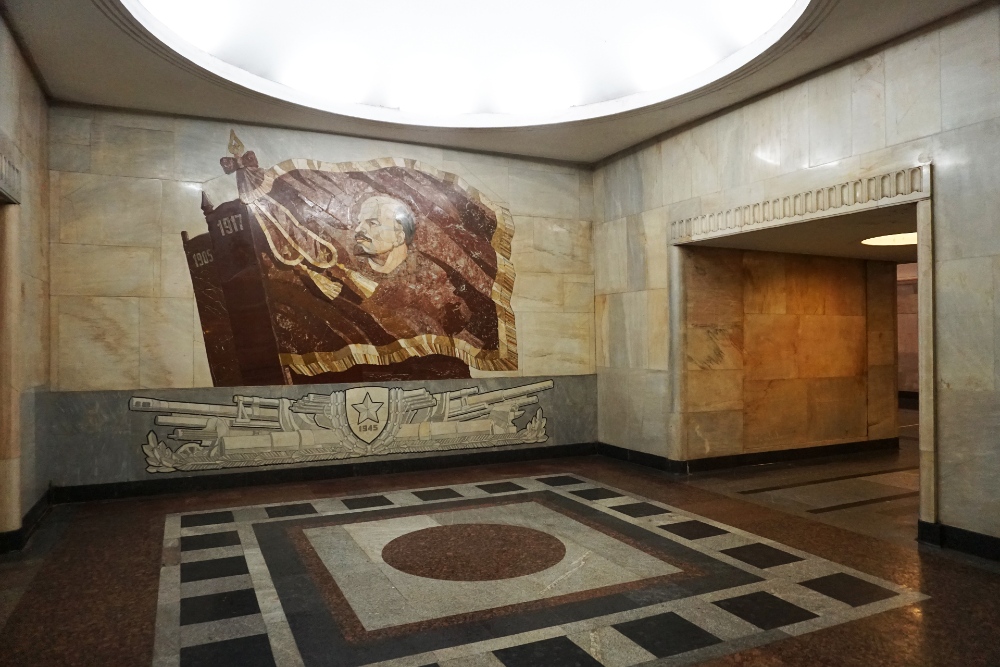 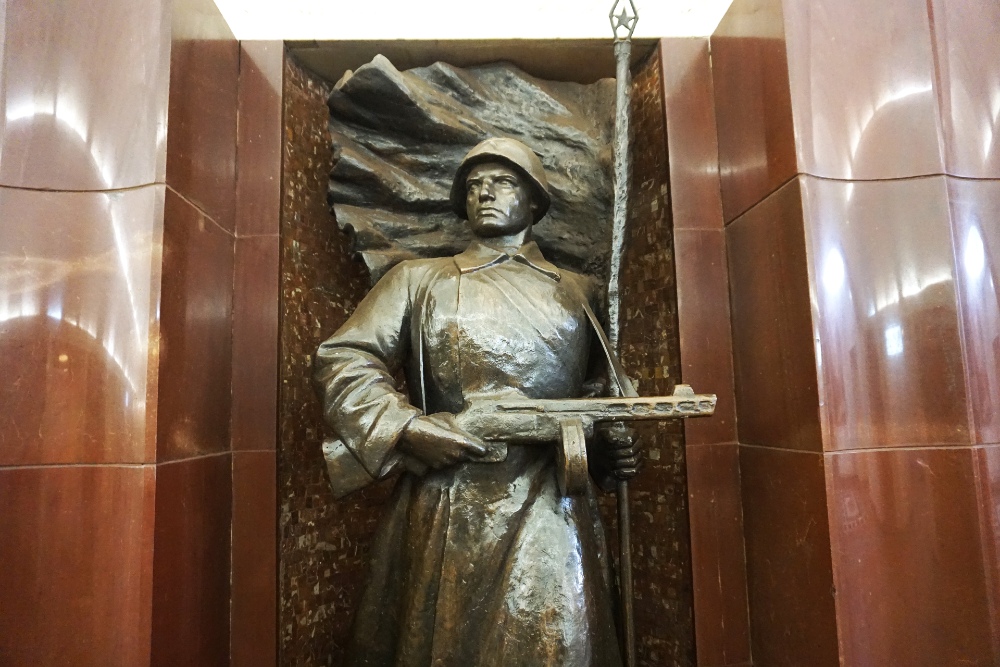 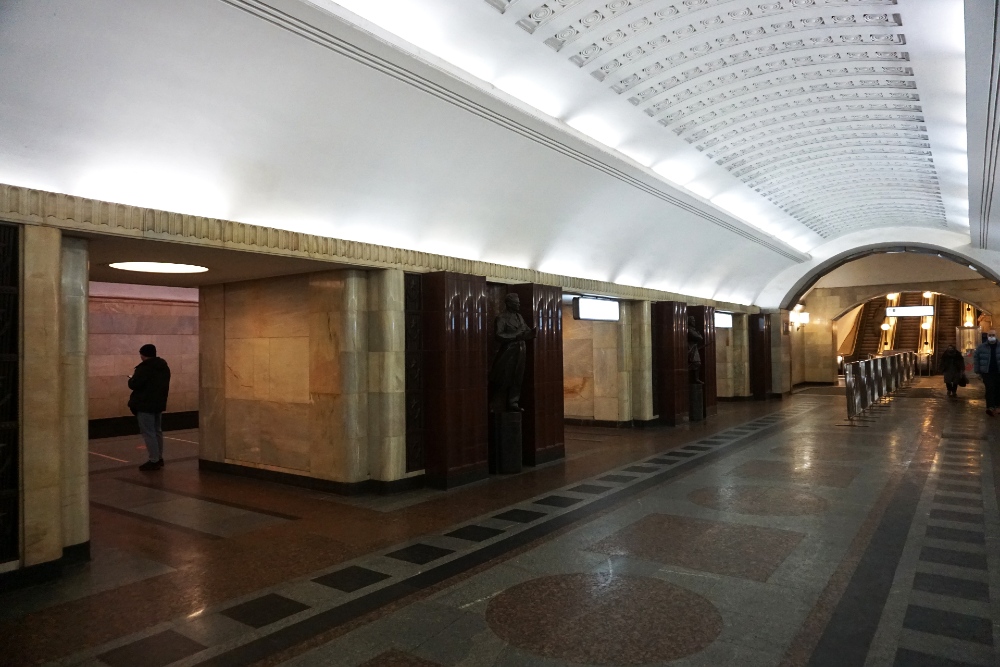 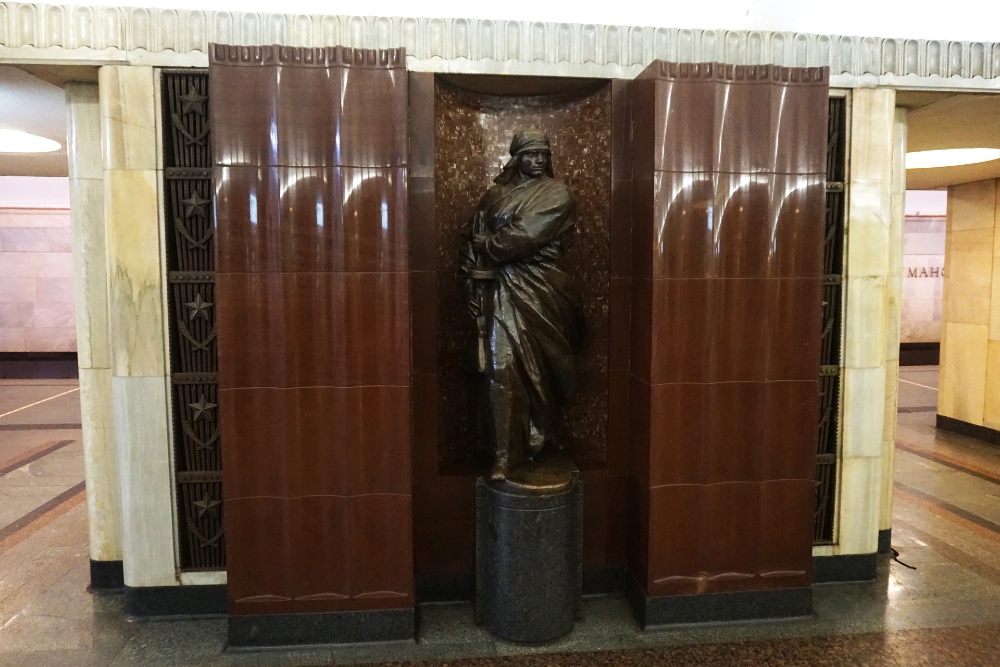 Baumanskaya is one of the stations of Moscow metro that was opened during the Second World war. It happened on January 18, 1944.

Before 1941 the station was planned to be dedicated to ancient uprising of Spartacus.The planned decorations of the station had sculptures of gladiators and inscriptions about Spartacus and other rebellious slaves. Later the theme of Spartacus was replaced to the theme of feats of Soviet people in their fighting with Germans. Instead of gladiators were erected sculptures of soldiers of Red army and home workers.