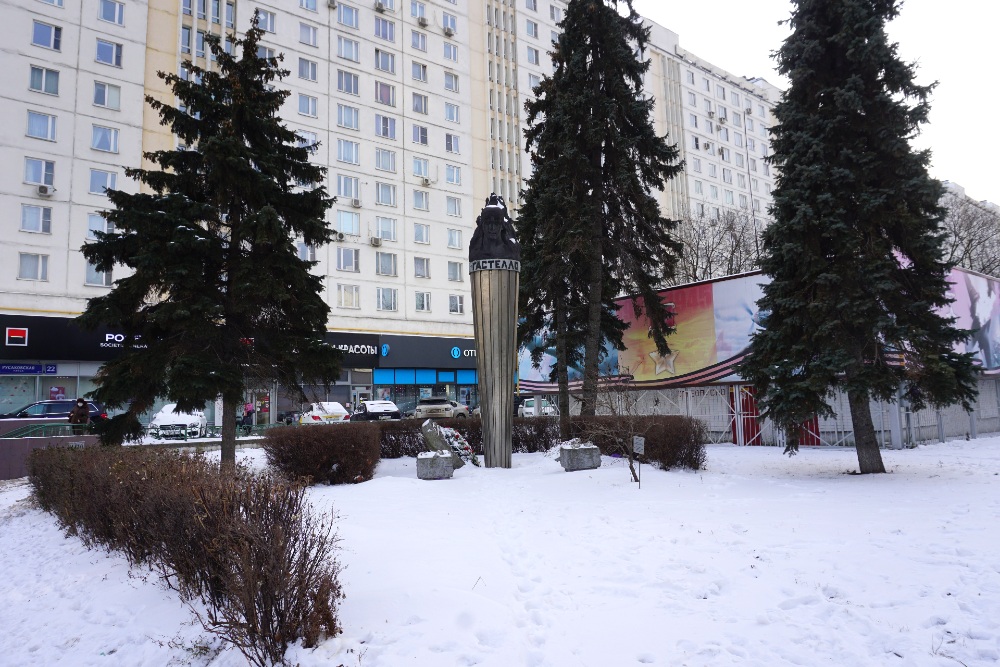 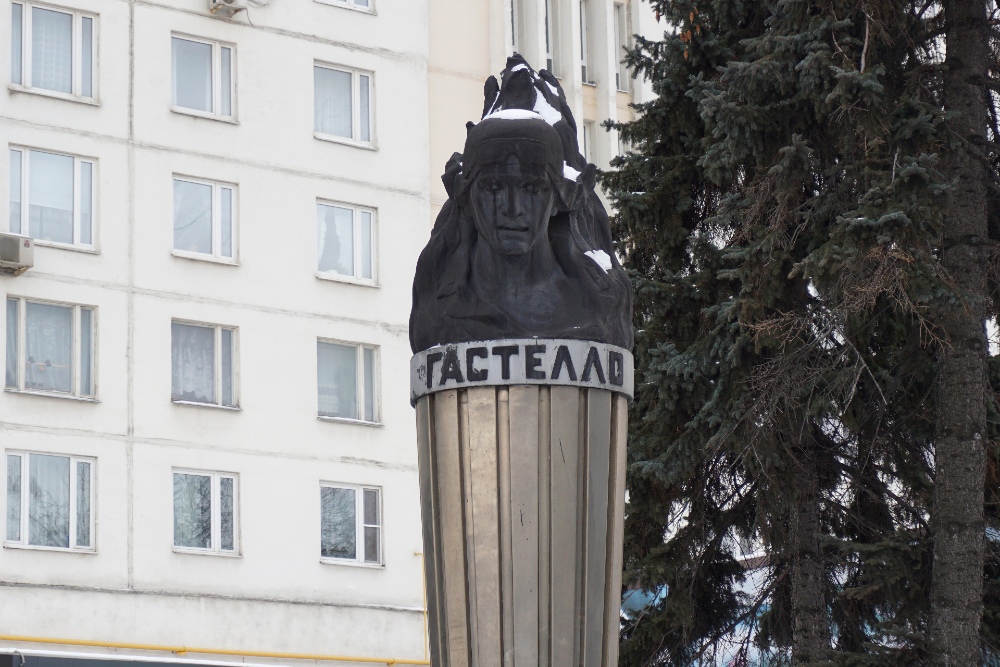 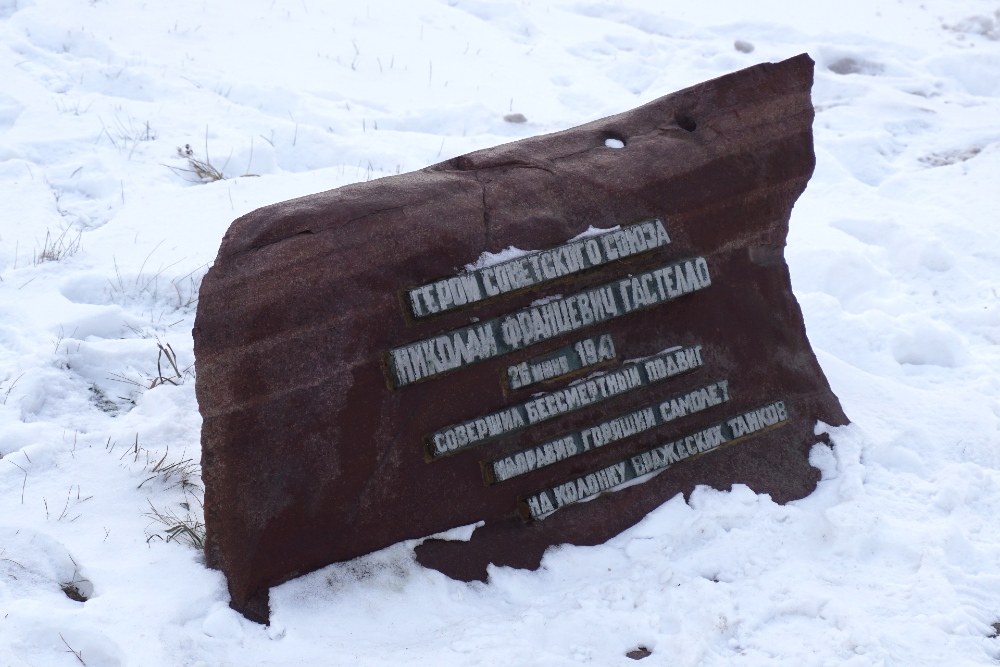 By the time Germany attacked Soviet Union on June 22 of 1941, Gastello was a squadron leader in a long-range bomber regiment equipped with Ilyushin DB-3. On June 26, five days after the war started, a pair of aircraft led by Gastello bombed a German position near the village of Dekshany in Belarus. Gastello's bomber was reportedly hit by flak, with his wing fuel tank being ruptured and the aircraft subsequently becoming engulfed in flames. He then deliberately directed the doomed aircraft into a German Panzer column, performing the first "fire taran" in the German-Soviet War.

Gastello was posthumously awarded the Hero of the Soviet Union, one of the first Soviet soldiers to receive the title in World War II. Subsequently, he became one of the best-known heroes of the war, with his story and that of Zoya Kosmodemyanskaya taking up the bulk of Soviet text books on the early years of the German-Soviet War.

The monument was erected in 1985. One day, walking along Gastello Street, the sculptor Boris Alekseevich Machkov decided that there was a need for a monument that would perpetuate the heroic act of the pilot Gastello. At the district meeting, the project of the sculpture was presented, it was not missed, a number of comments were made. Boris Alekseevich took into account all the comments and created the image of Gastello, which still adorns the street with the same name. This sculpture, like many of his other sculptures, was donated to the Sokolniki district.

The monument to Gastello is a bronze bust of a pilot, on his head a flight helmet, glasses,and behind the head sculpture flames. The bust is mounted on a pedestal made in the form of a cylindrical column tapering downwards, where two granite wings are located. At the top of the column there is an inscription in large letters "Gastello".