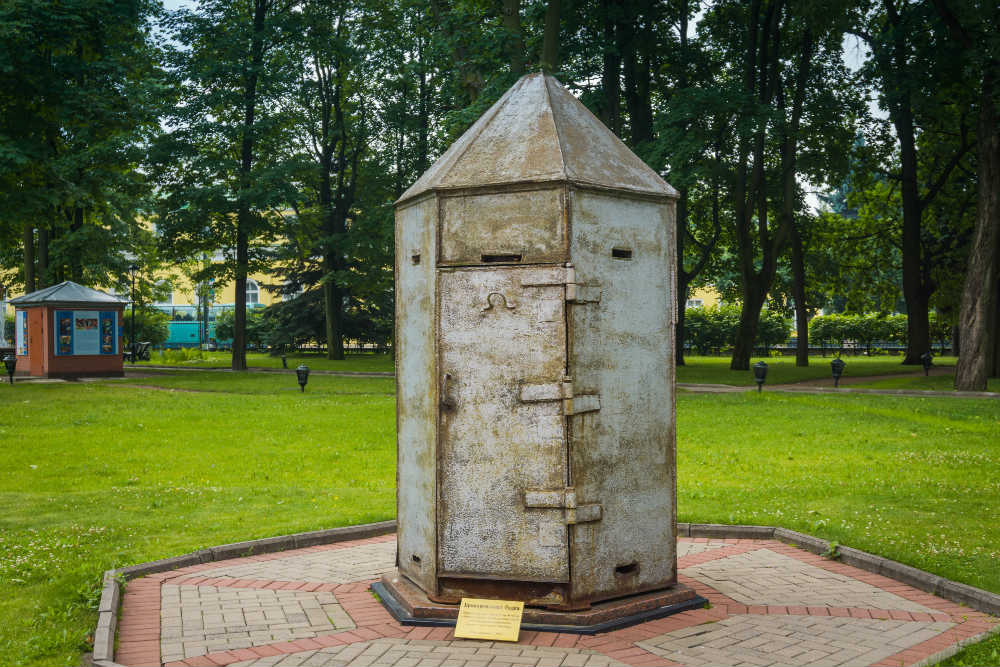 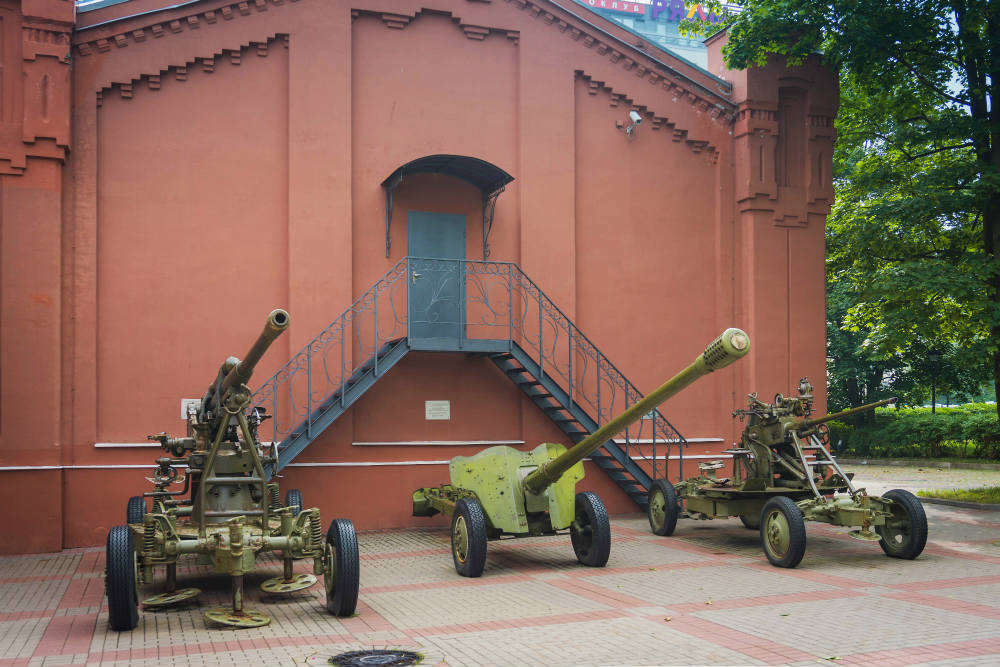 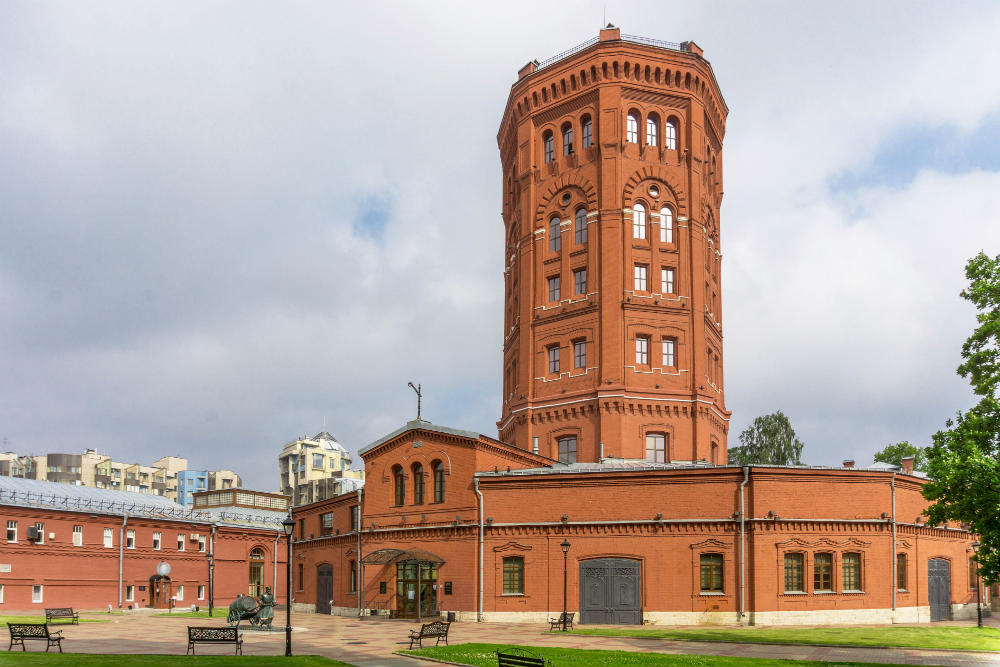 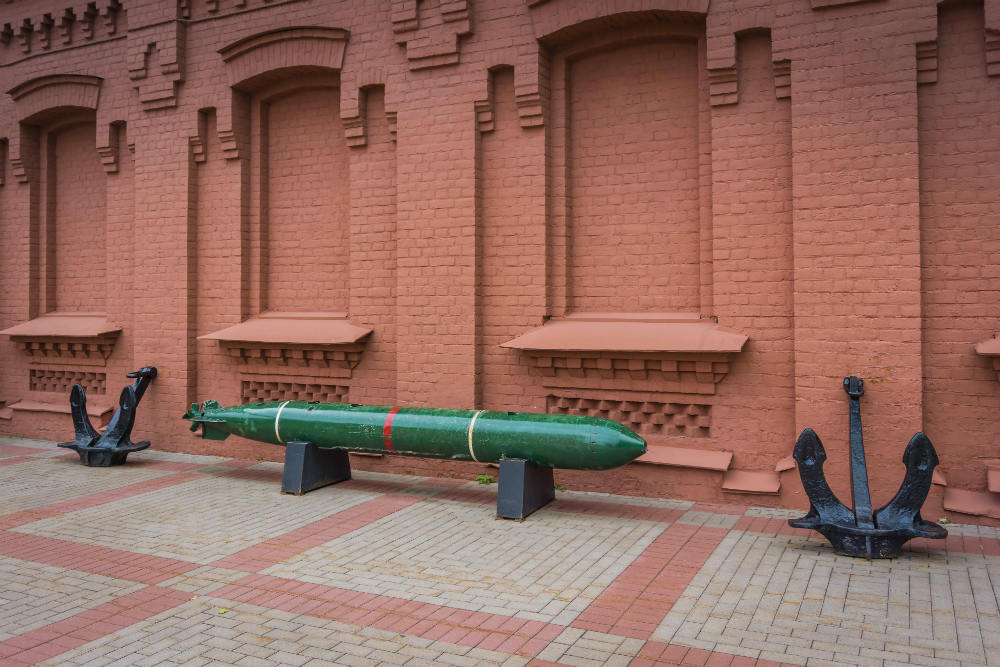 Small exhibition of things connected with Second World war on the territory of the museum of Saint Petersburg plumbing.

There are:
1) Special armored construction was used by the workers of plumbing station for shelter from shelling and bombing during the siege of Leningrad. It was restored in 2003. Next to it is an obscure object, looks like an authentic bucket of sand to extinguish incendiary bombs.
2) Post-war torpedo (apparently, FL-46) and two sea anchors.
3) Three guns, two of which were used during the great Patriotic war: 85 mm air defense gun M1939 (52-K), 37 mm automatic air defense gun M1939 (61-K) , and 85 mm antitank gun D-48.
4) Military tent with an exhibition dedicated to the work of the staff of "Vodokanal" in the years of the great Patriotic war with the copies of photographs and military newspapers.

The complex opened on May 8, 2003. During the blockade, 881 employees of Vodokanal were killed by bombing, shelling and starvation.