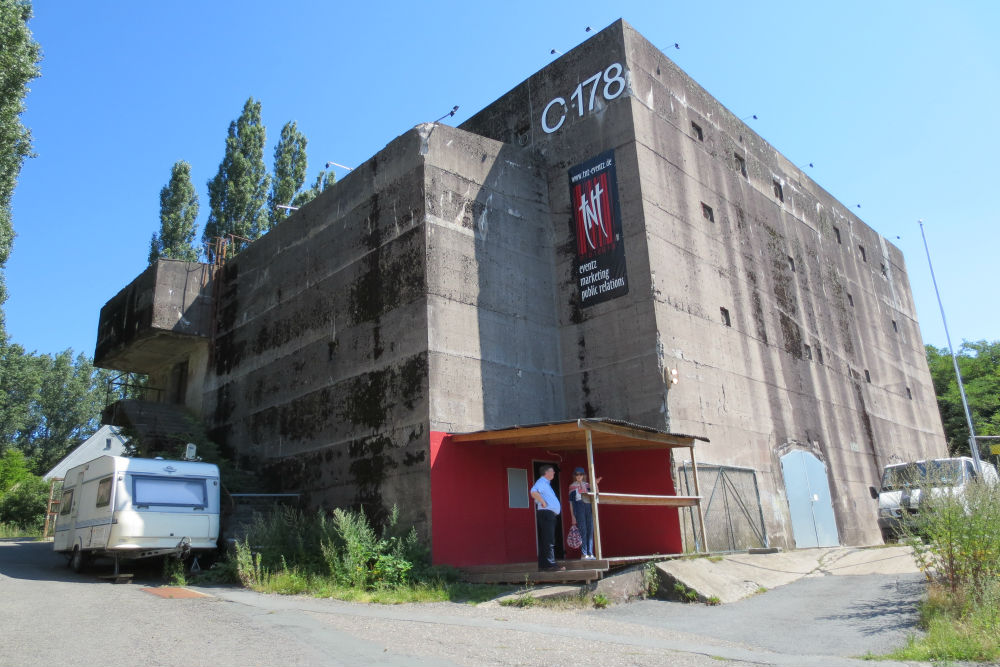 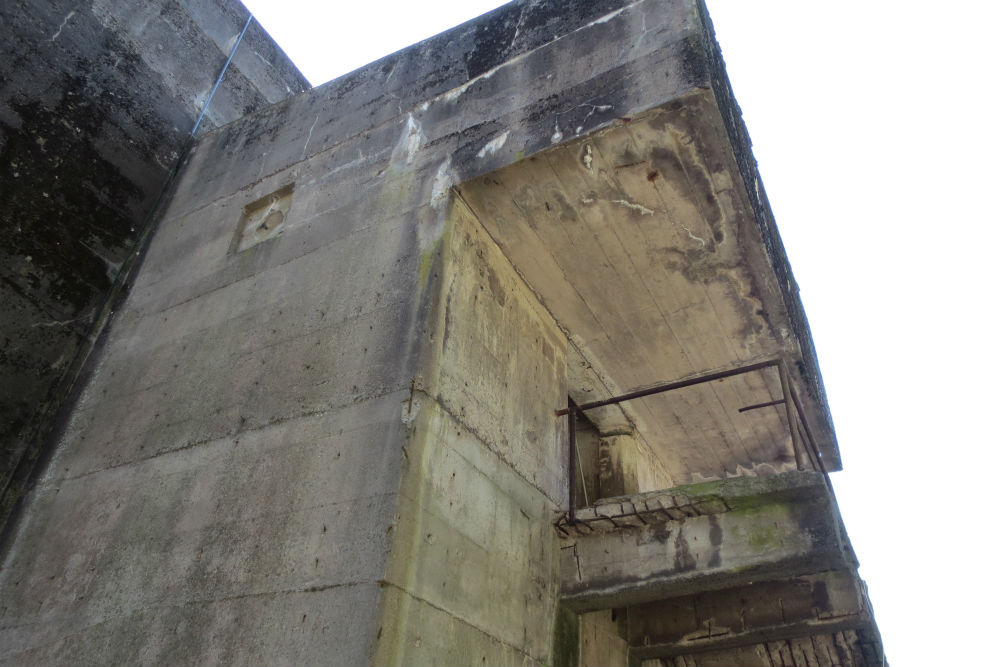 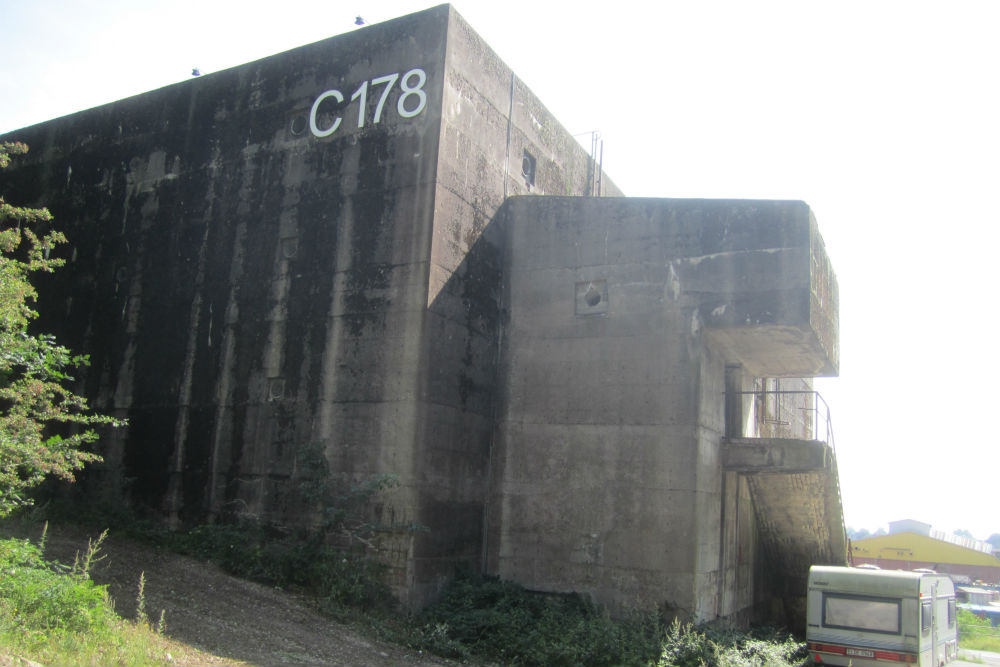 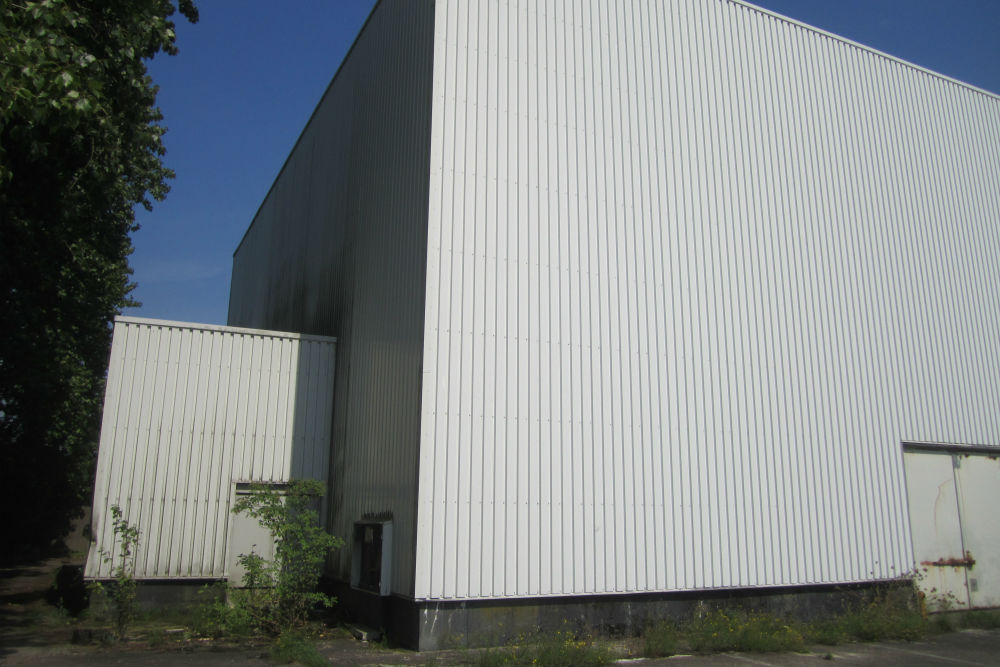 Large four-storey concrete bunker built in 1943 for the workers and military personnel (and later for local civilians) of the adjacent Bremer Vulcan Shipyards. A variant of the Type T 750 bunker (those at Emden, Kiel and Rostock also survive), it has a ventilation 'chimney' and a central observation tower on the roof.

The Vegesack bunker is in fine condition with only some post-war alterations, including two doors made in the ground floor on the west side and some minor internal changes to the middle floor. It is currently used as a music and cultural venue known as C178 (a modern name). It's original designation was 'Vulcan' after the adjacent shipyard).