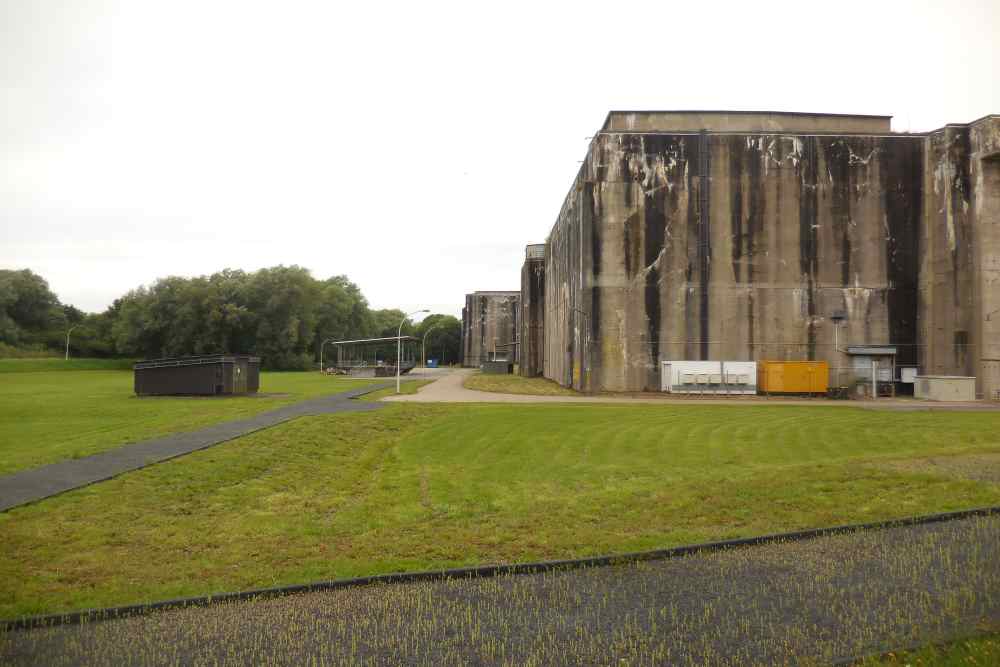 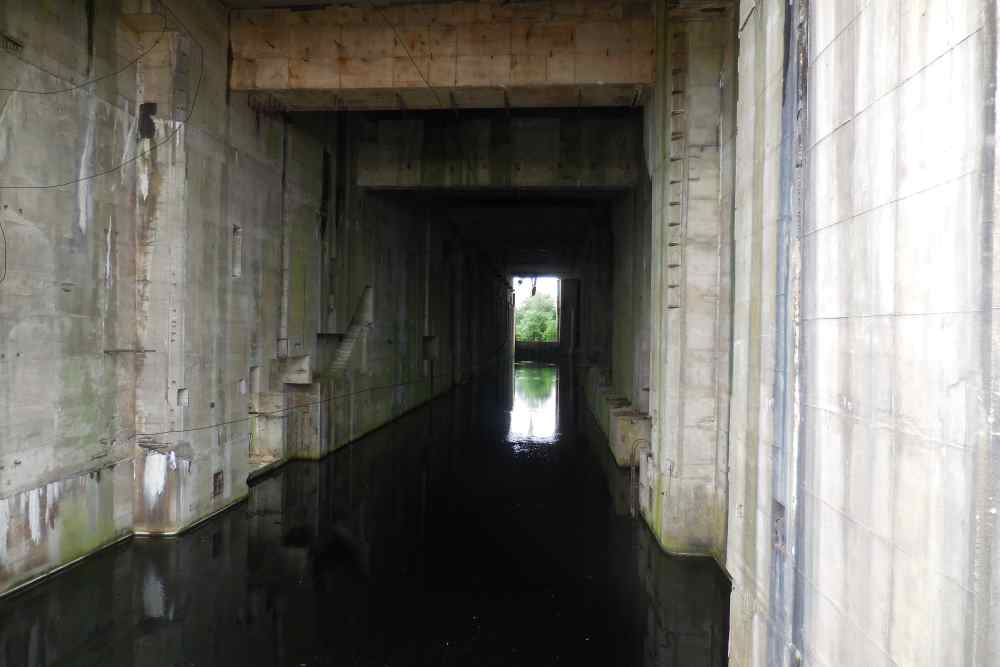 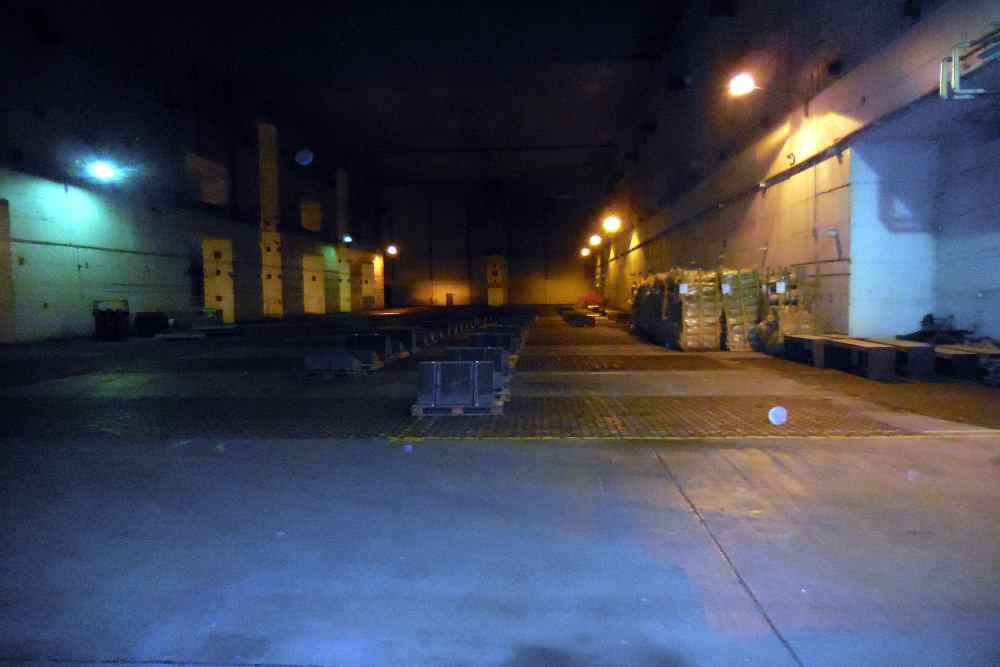 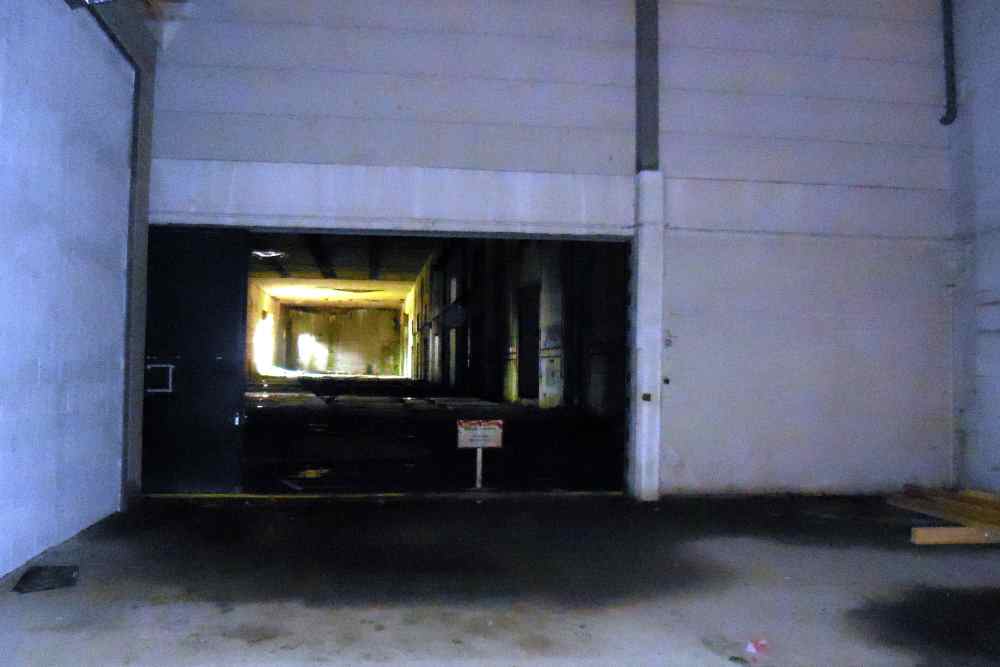 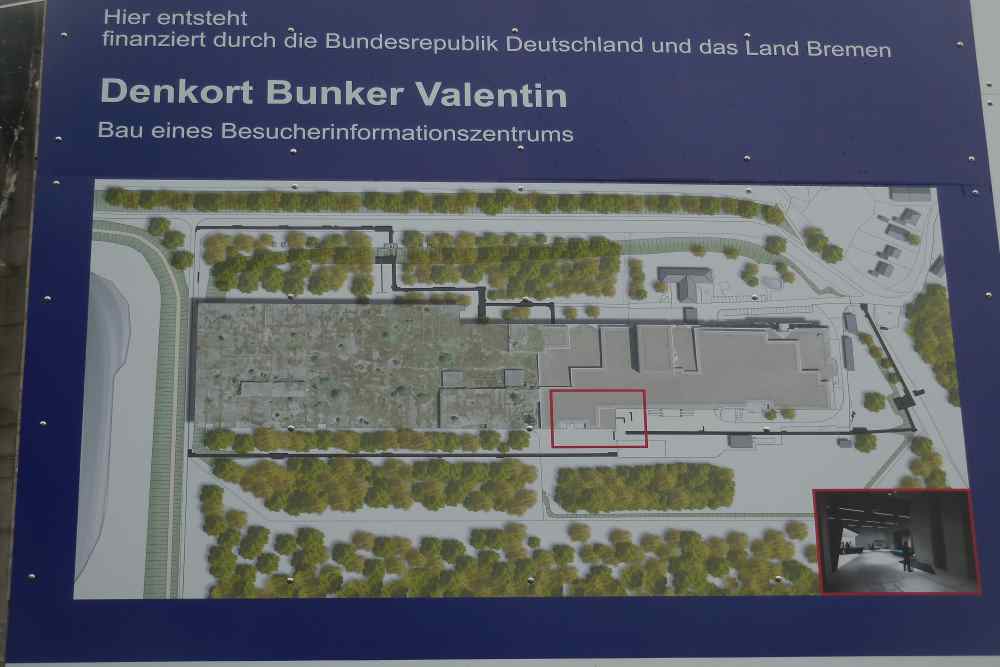 The U-bootbunker "Valentin" can be found in Rekum, Germany. The place Renkum can be found north of Bremen, you can follow the direction Bremerhaven/Cuxhaven. In the place itself you can't missed the huge bunker.

The purpose of the bunker was to construct U-boten, the 9 parts of the specific U-boot, U-boot XXI, were already finished. In the bunker they would put all the parts together and then a complete U-boot would leave the bunker.
The bunker is build next to the "Weser". The plan was to dig a channel to the bunker so the U-boot could easily get in and out, they never had the time to do this.

During the construction of "Valentin" 1750 people of forced labours and prisoners of war died. After the construction was stopped, the forced labours and the prisoners were brought by train to the concentration camp "Bergen-Belsen".
They never reach there destination because the camp was already liberated by the Allies. The prisoners were therefore transported trough northern Germany for 7 days. During the transport a lot of people died.

After 7 days they reach the sea were they put the prisoners in three ships. Unfortunately two of the ships were sunk by Allied bombers. Only 458 people of the 7500 that were on board of the two ships survived the tragedy.
We can't forget that during the construction of this bunker a lot of people died. When you visit the bunker you can keep this in your mind. In front of the bunker you will find a memorial.

After the war, the Allies used the bunker for the testing of new weapons.
In 1966 the German Navy took over the place and used it for the storage of all kinds of equipment and material, till today it is still in use by them and therefor hard to visit.