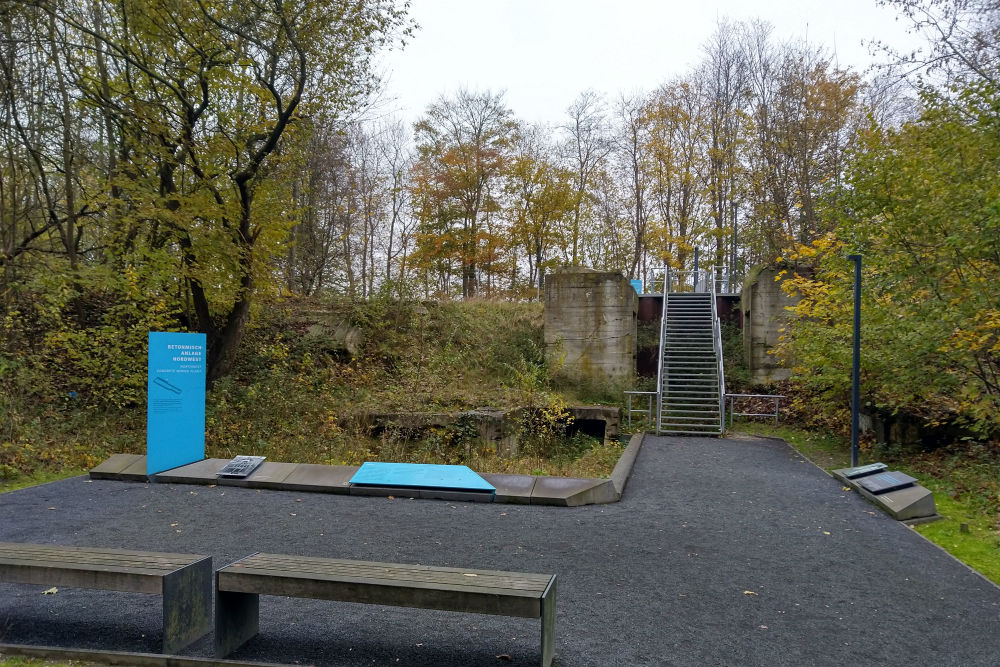 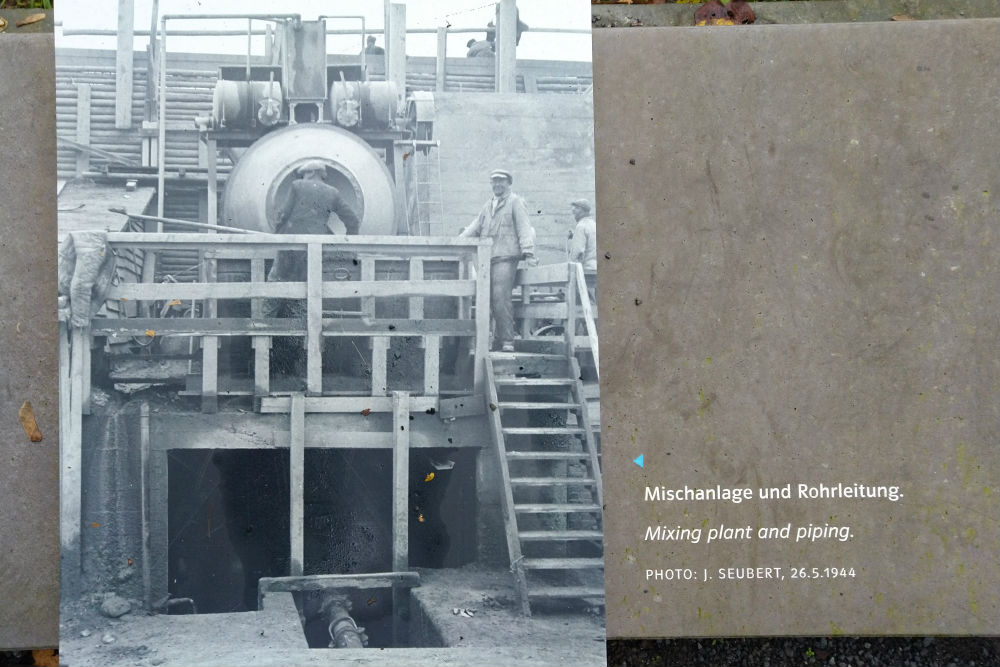 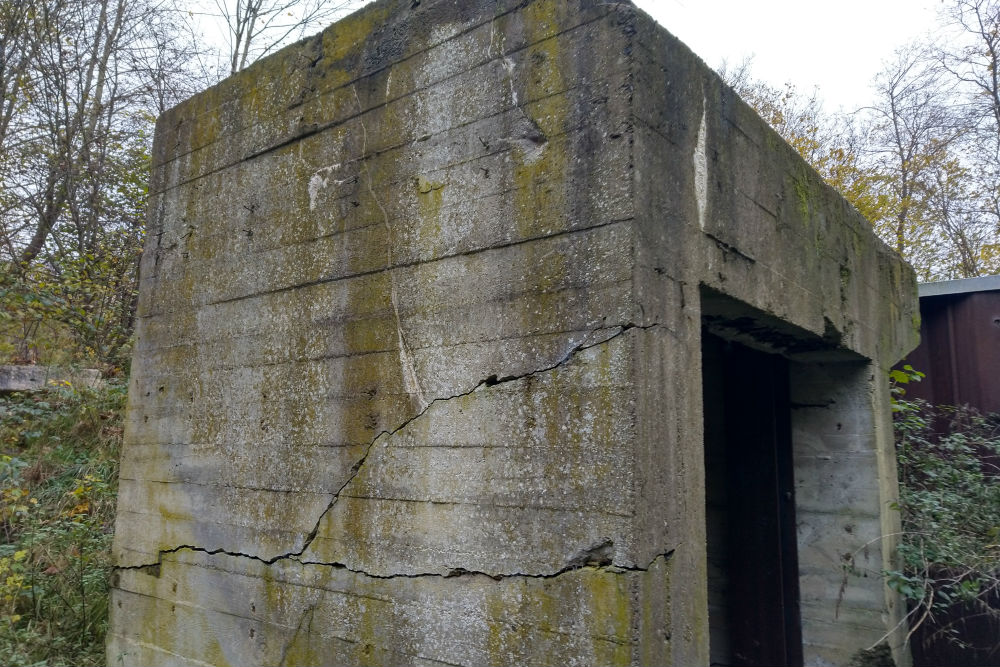 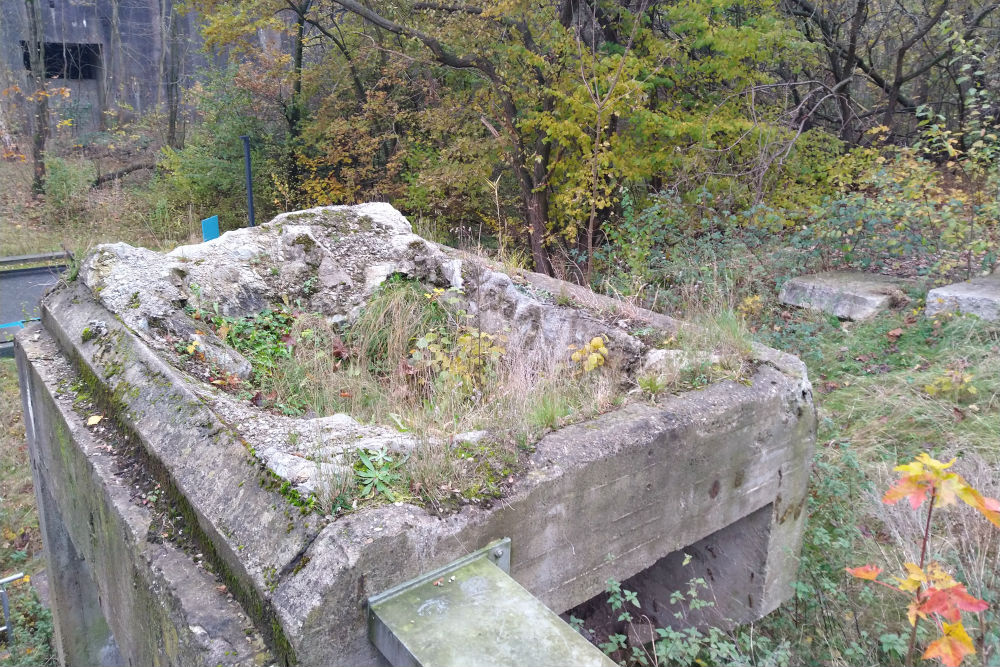 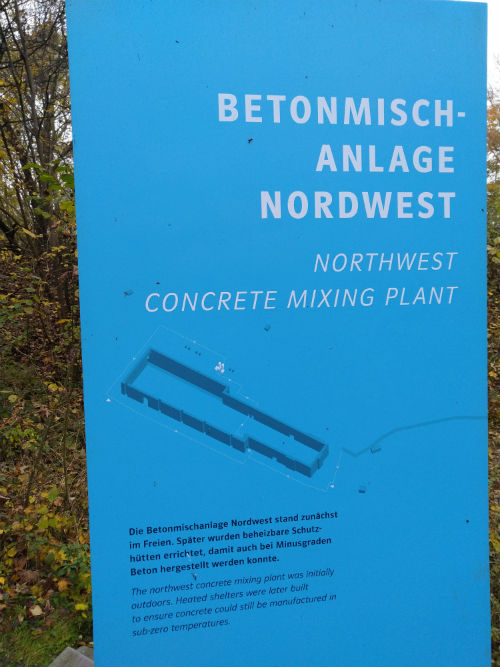 North of the U-boat bunker / factory Valentin was a concrete factory, consisting of four mixing installations, from which the concrete was pumped towards the bunker under construction.

1 of these mixing plants is still partially standing. Still visible are the foundation, the funnel under which a pump stood, and part of the pipeline. At first it was unprotected, later a hut was built around it, so that people could continue to produce concrete below zero. The photo shows a steel staircase, which used to be a wooden staircase over which forced laborers had to lift bags of 50 kilos of cement 12 hours a day, under harsh conditions, poorly fed and dressed, to deposit in the mixer.

Some forced laborers themselves barely weighed more than the bags of cement they had to lift (you can read the statement of a former forced worker below). This concrete mixer had an insatiable hunger, and had to be fed continuously, like a hollow convex one could never fill it up to the maximum capacity.