The Obelisk Of Victory Tver 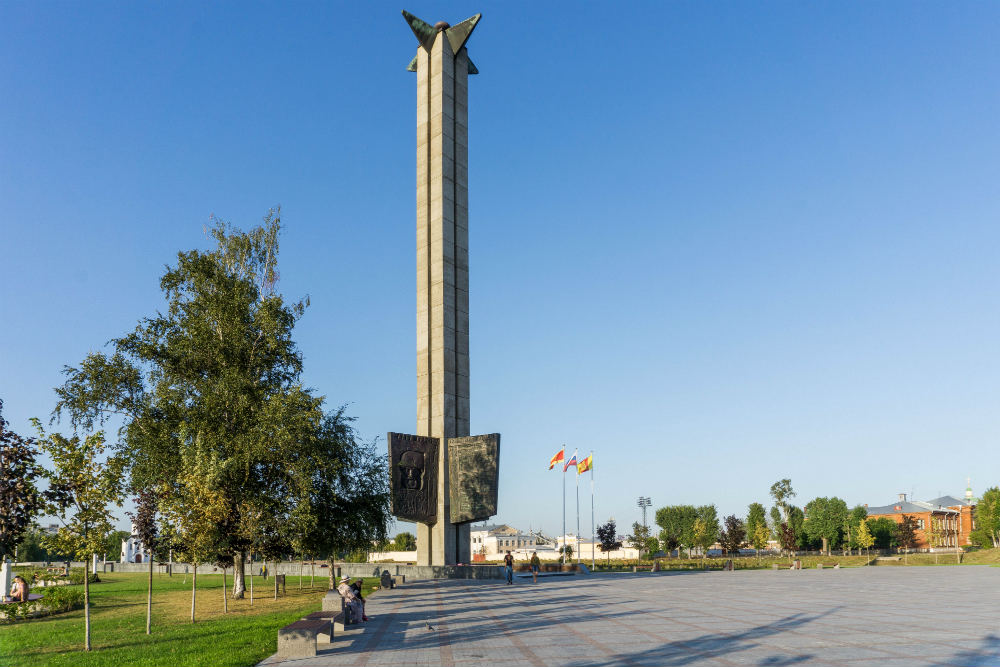 This memorial complex is dedicated to the victory of the Soviet people in the great Patriotic war.

The opening of the complex in Tver took place on December 16, 1970 on the day of the 29th anniversary of the liberation of Kalinin (Soviet name of Tver) from Germans. The 45.5-meter high obelisk of Victory rests on a monolithic iron-concrete foundation, crowned with rostrums and a torchlight bowl of Victory fire, on the planes of 8 attached cantilever-copper plates with bas-reliefs and texts dedicated to the feats of the heroes on the front and rear sides. The obelisk has an external illumination. The gas torch on the top is lit several times a year during the festivities.