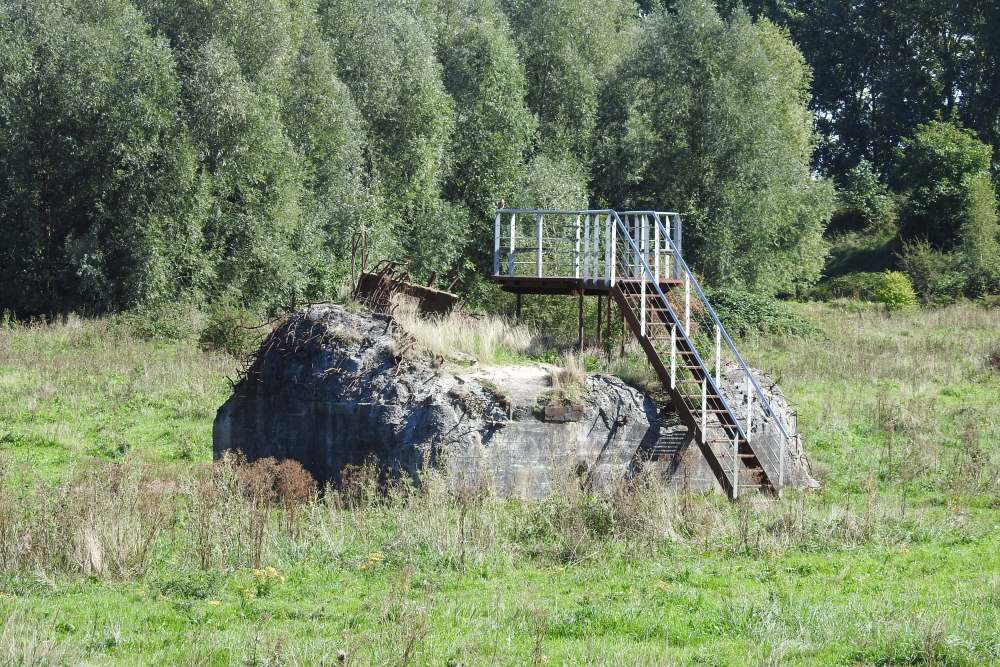 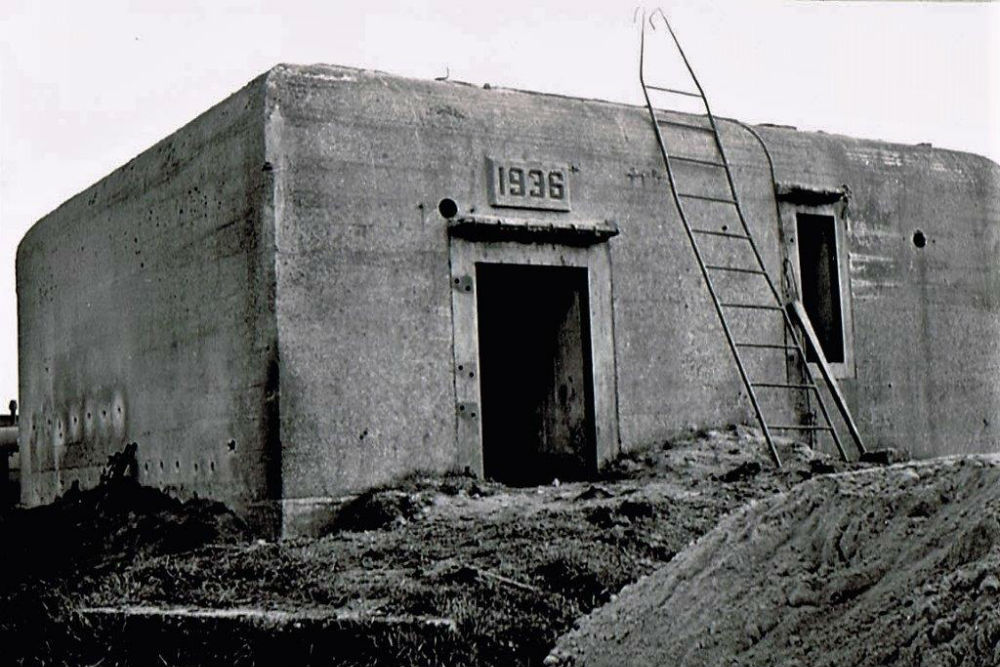 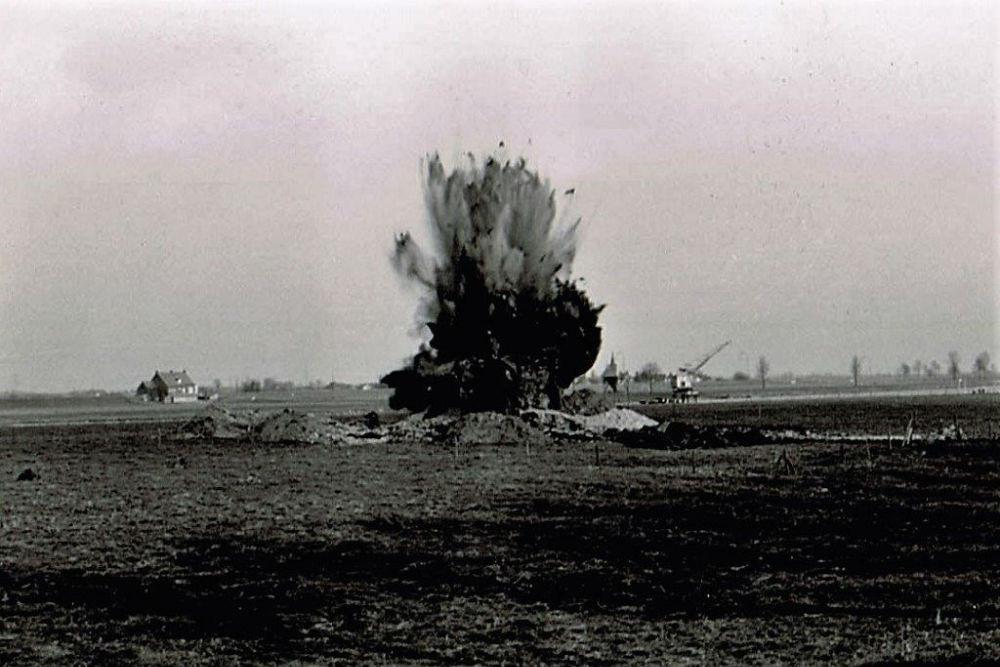 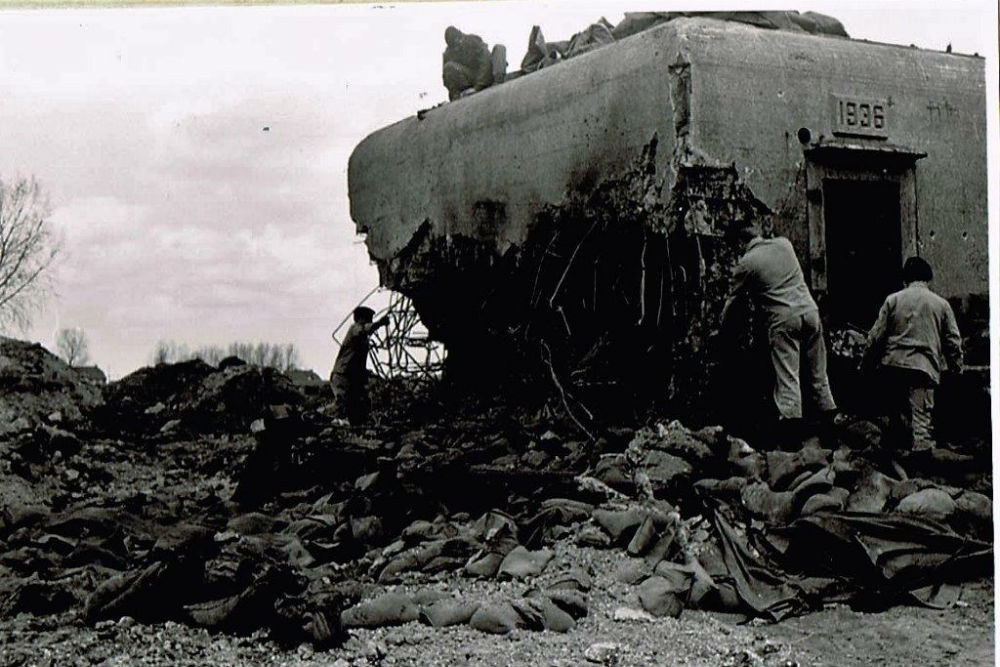 This bunker was built in 1936 to protect the rail bridge. The casemate, with a cannon and machine gun, consisted of two floors. Sometime in the 80s or 90s, the then owner of the surrounding land tried to demolish the casemate, which was only partially successful. The result was a badly damaged casemate.

Photos 2-4 show a second bunker (south of the railway bridge) how it was and how it was blown up in April 1971 by the Marine Corps (infantry pioneers). This bunker is no longer present.