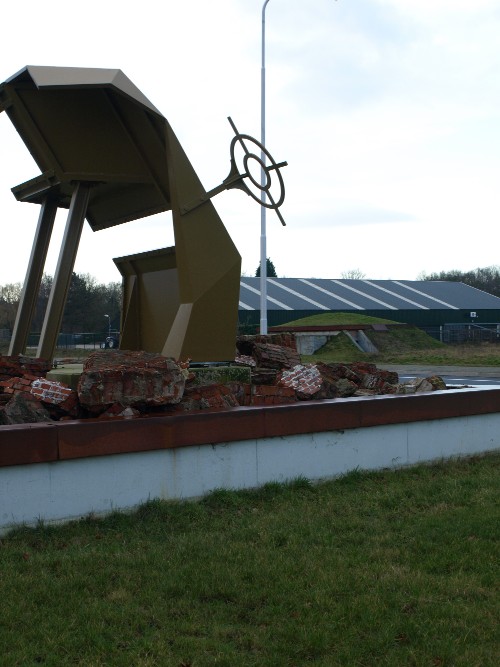 These two German bunkers made out of bricks were demolished in 2008. The remains are incorporated into a memorial.

History of these bunkers:
In the triangular area between Oude Stee, Zandfort and the Aviolandalaan seven German bunkers originating from 1942 are situated. It is striking that the bunkers are compiled from brick (coming from the local brick factory) and have been plastered on the outside while Second World War bunkers are mostly made of concrete. Initially these bunkers were provided with ground cover, of which little more remains. On one side of the rectangular bunkers is the access by means of a staircase between two walls. The bunkers must have had a function in the defence off the nearby Woensdrecht Airfield and supposedly sheltered Flak or soldiers.