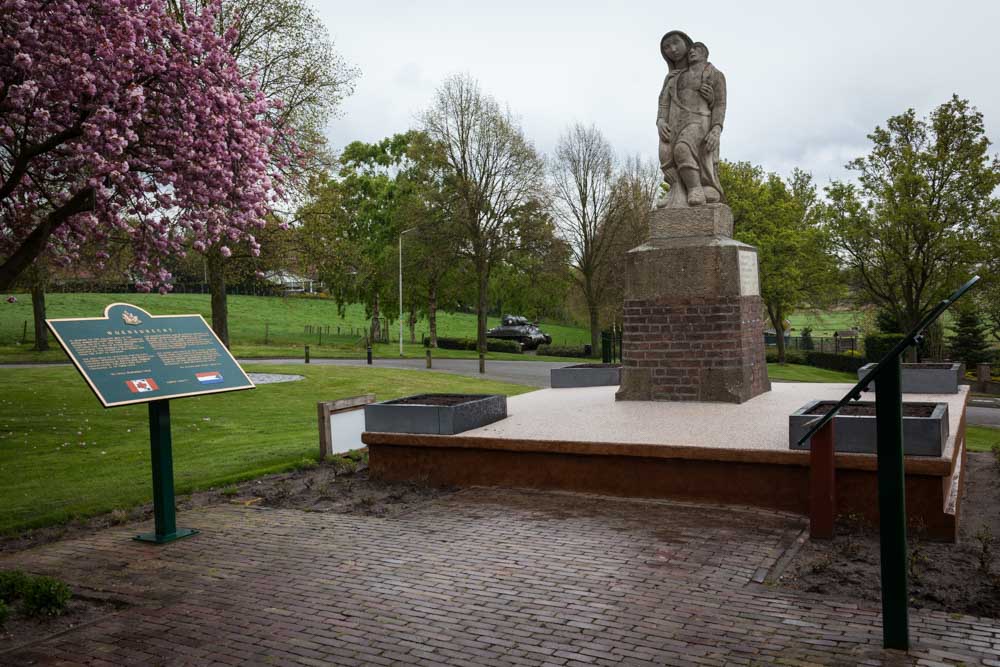 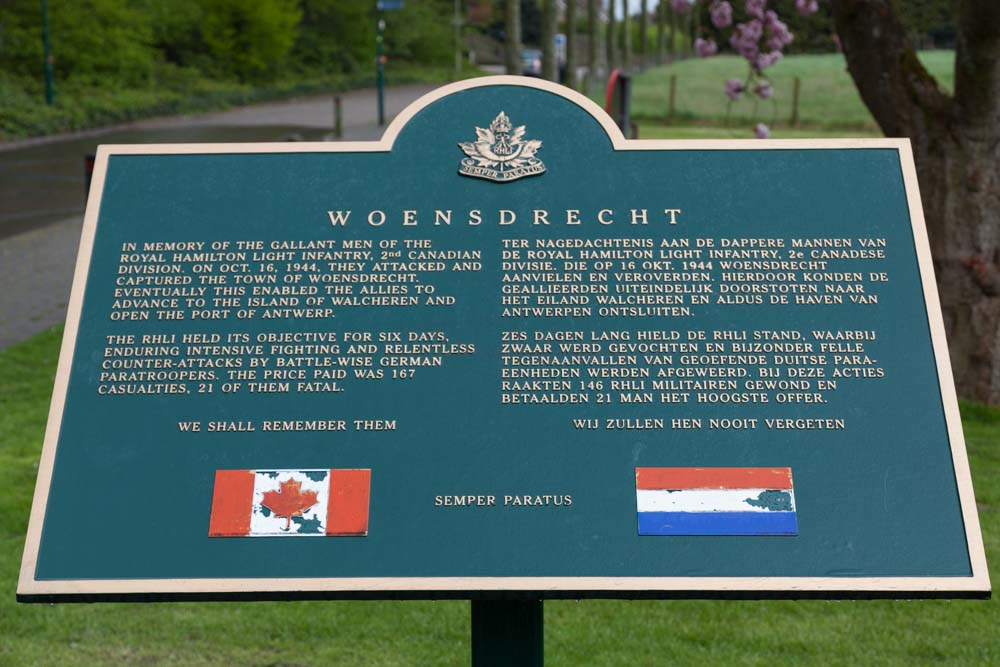 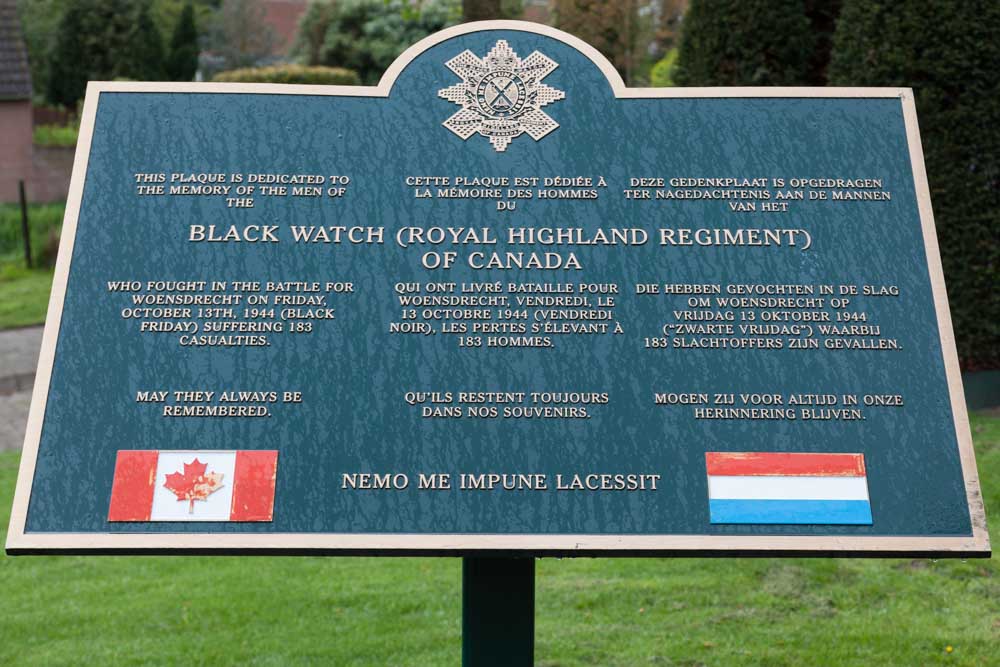 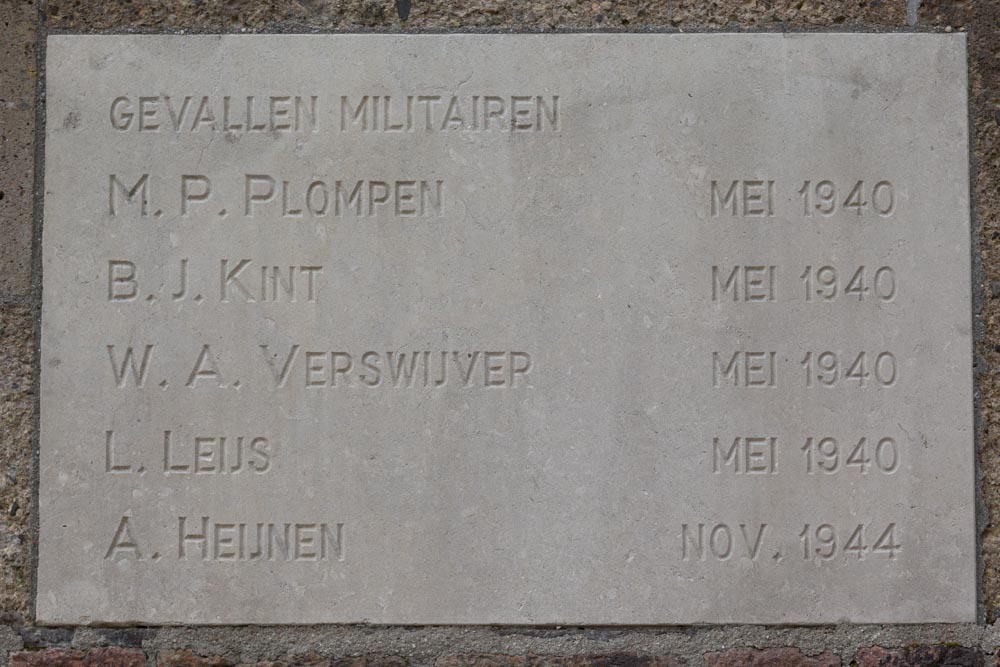 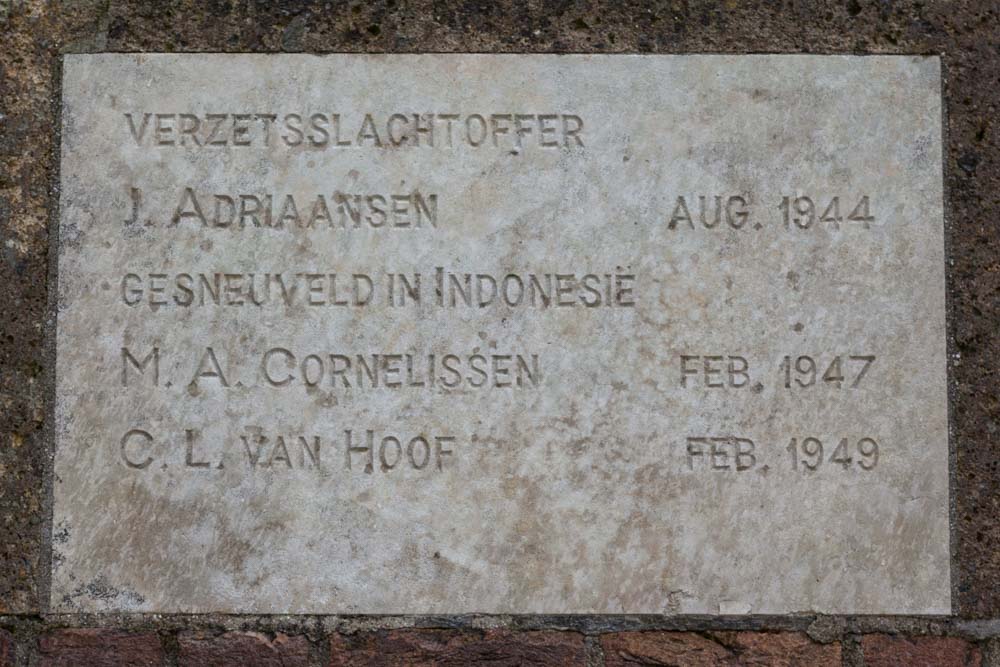 The monument was places on "'t Driehoekje Onderstal/Dorpsstraat and it's a statue of nature stand of a womanfigure with a wounded soldier. The statue is about 2,50 meter high, 1 meter wide and 1 meter deep. Written on the monument are the names of a few killed Canadian soldiers.
The monument reminds the citizens of Woensdrecht to the Canadian soldiers of the Royal Hamilton Light Infantry, who died in October 1944 during the battle for Woensdrecht.

In front and on both sides of the monument are two plaques on which the following is written:

On the left plaque is written:

In memory of the gallant men of the Royal Hamilton Light Infantry 2e Canadian Division on oct 16, 1944 they attacked and captured the town of Woensdrecht. Eventually this island of Walcheren and open the port of Antwerp.

The RHLI hilt its onjective for six days and during intensive fighting and relentless counter attacks by battle wise German paratroopers.
The price paid was 167 casualties, 21 of them fatal.

WE SHALL REMEMBER THEM

On the right plaque is written:

May they always be remembered.