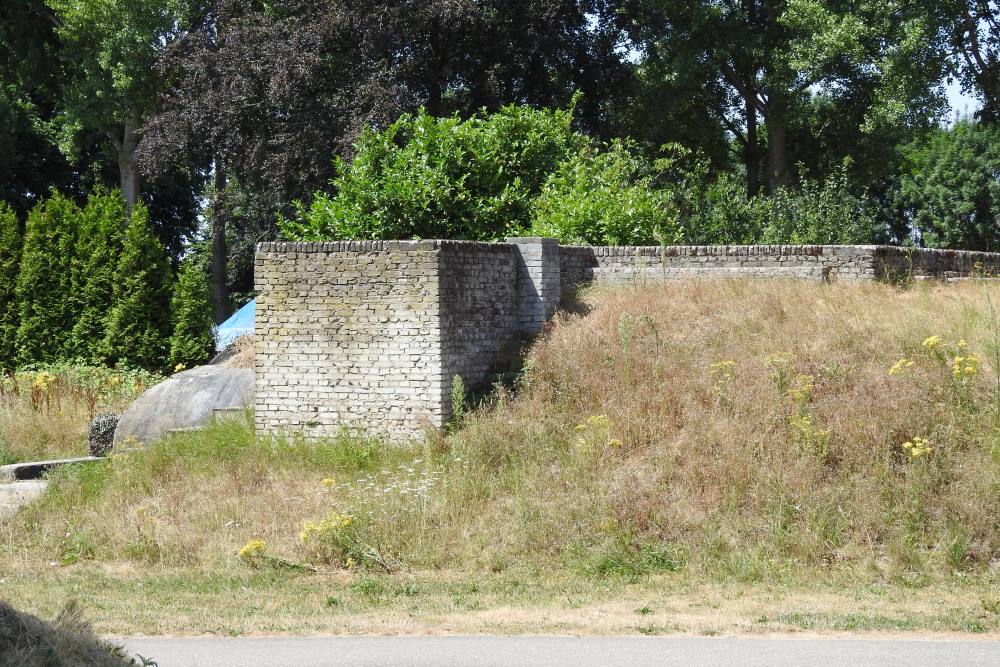 The bunker is located on the Europarcs site and is managed by the Dordrecht Bunker Preservation Foundation (Stichting Bunkerbehoud Dordrecht).
The bunker is furnished as a German crew bunker. The bunker of this modified 502 Regbelbau is quite unique in the Netherlands because it has sunk into the ground and the entrance is accessible by means of an underground passage and has a FLAK bed at the top for a 2cm FLAK cannon.

The bunker is part of the "Stutzpunktgruppe" Moerdijk which purpose was to protect the Moerdijk bridges.

This bunker can only be visited by means of appointment or during monuments days or the national bunker day.