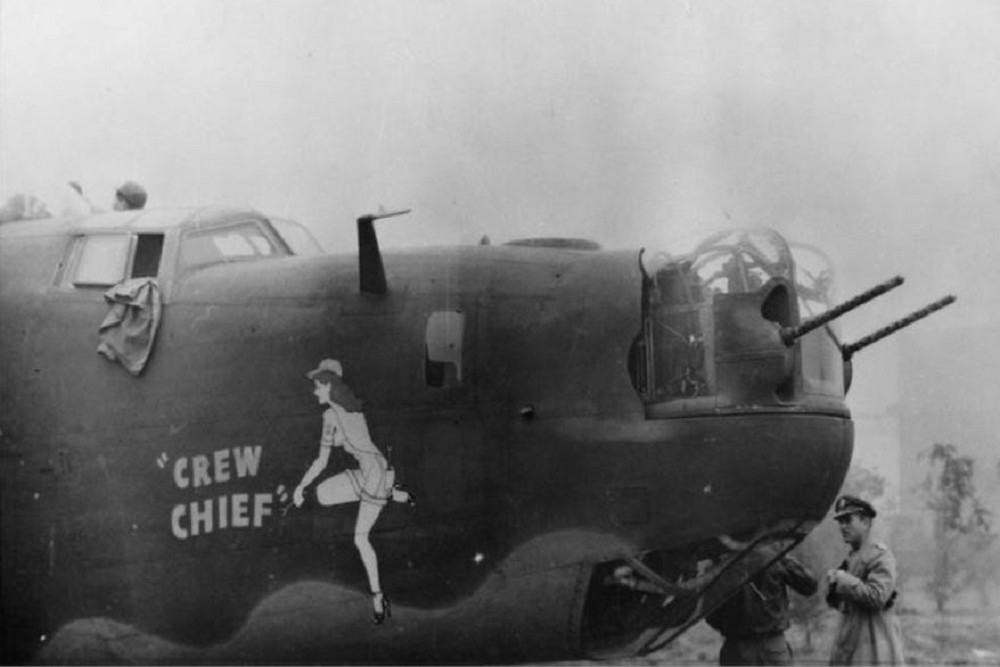 During a mission to Bremen, on November 13, 1943, the B-24 encountered heavy clouds that prevented communication with the other aircraft of the 567th squadron (392nd Bomb Group). Clouds stretched from about 4,000 to 20,000 feet clearly inland from the Dutch coast. The aircraft became separated from the group formation on its way to the target and chose to return to home base from the Netherlands. The aircraft was hit by anti-aircraft fire causing the two engines on the right wing to fail. The order to abandon ship was given at approximately 8,000 feet, with the aircraft crashing south of Rotterdam.
Navigator James D. Ryan was killed in a firefight with the Germans. The rest of the crew were taken prisoner.