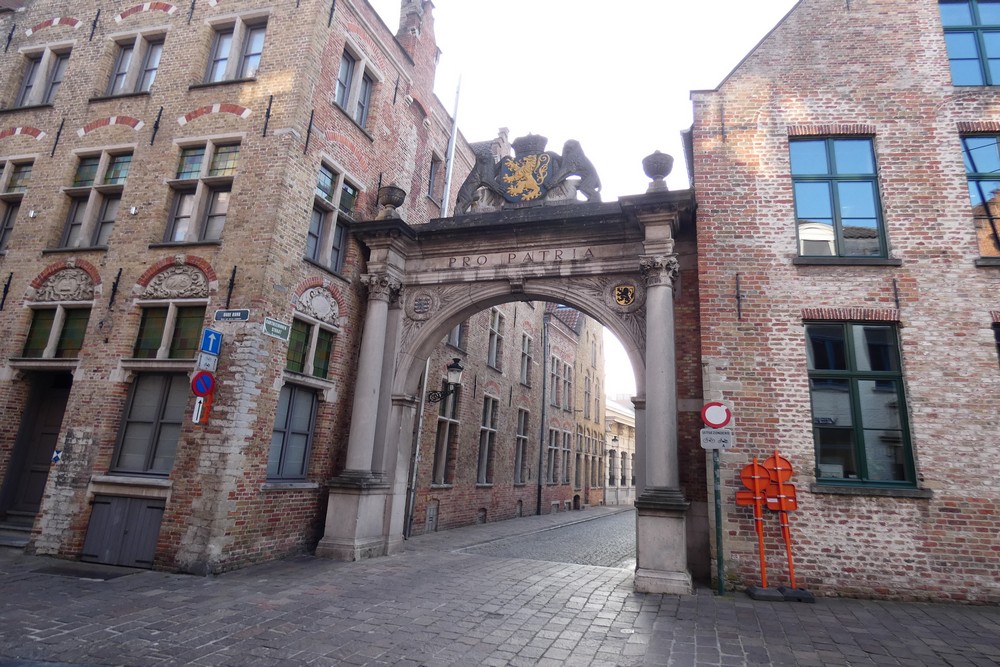 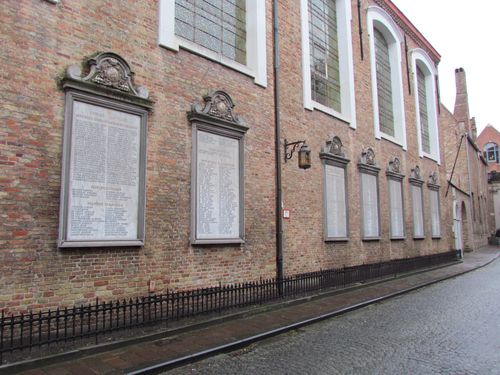 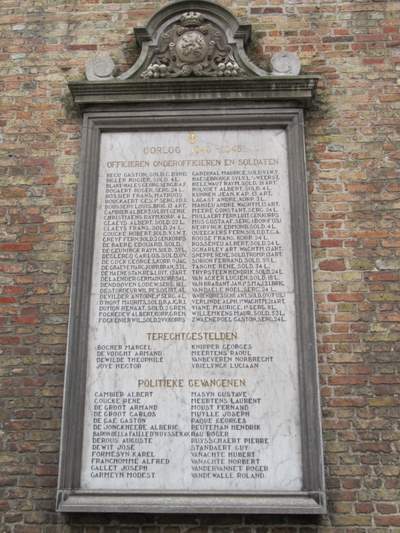 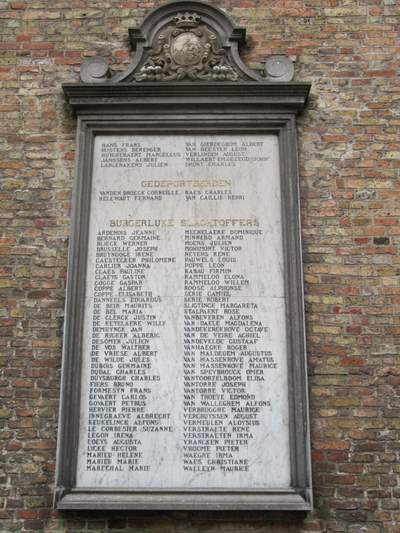 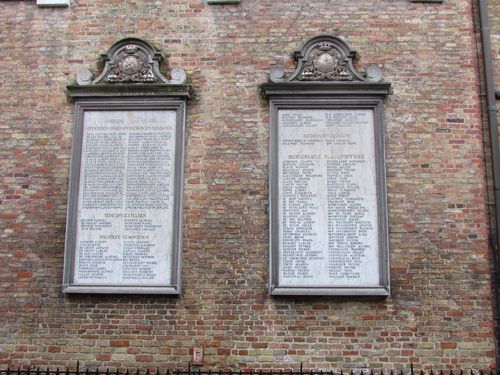 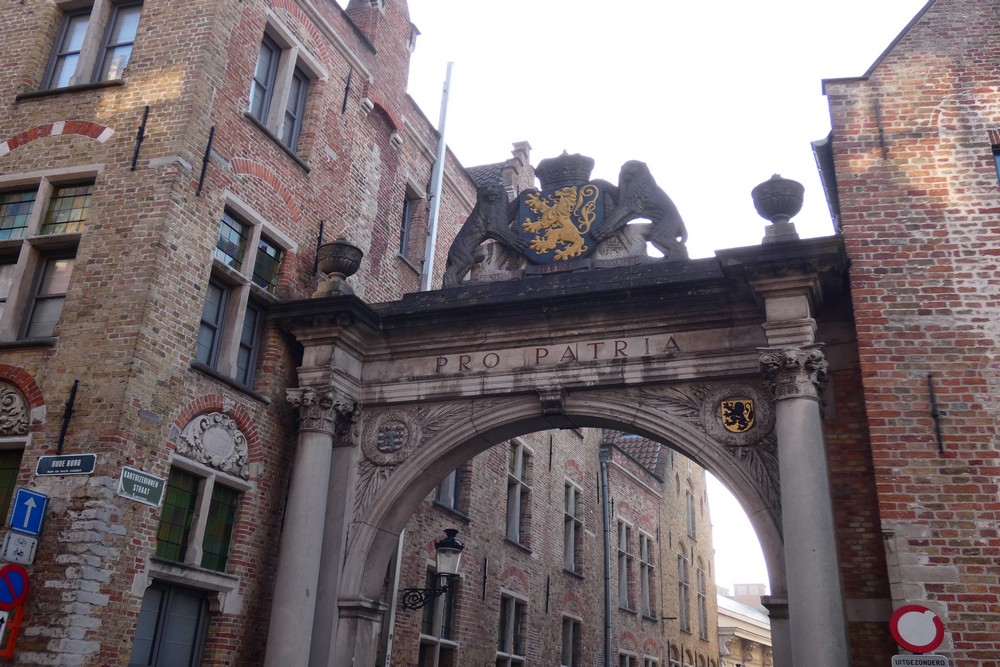 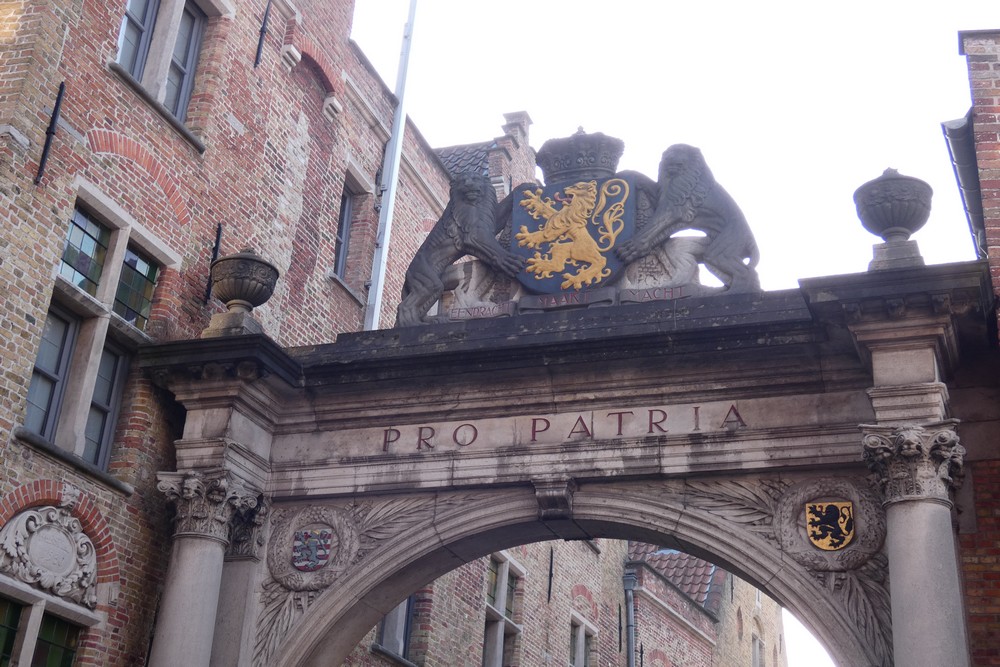 The remembrance arch commemorates the residents of Brugge who perished in the First World War.

Two large plaques have been mounted on the side façade of a building in memory of victims of the Second World War.

Next to these two plaques about the Second World War there are five plaques dedicated to the victims of the Great War. Further on, next to these seven large plaques, there is a crypt which contains the ashes of victims of the concentration camp Dachau. 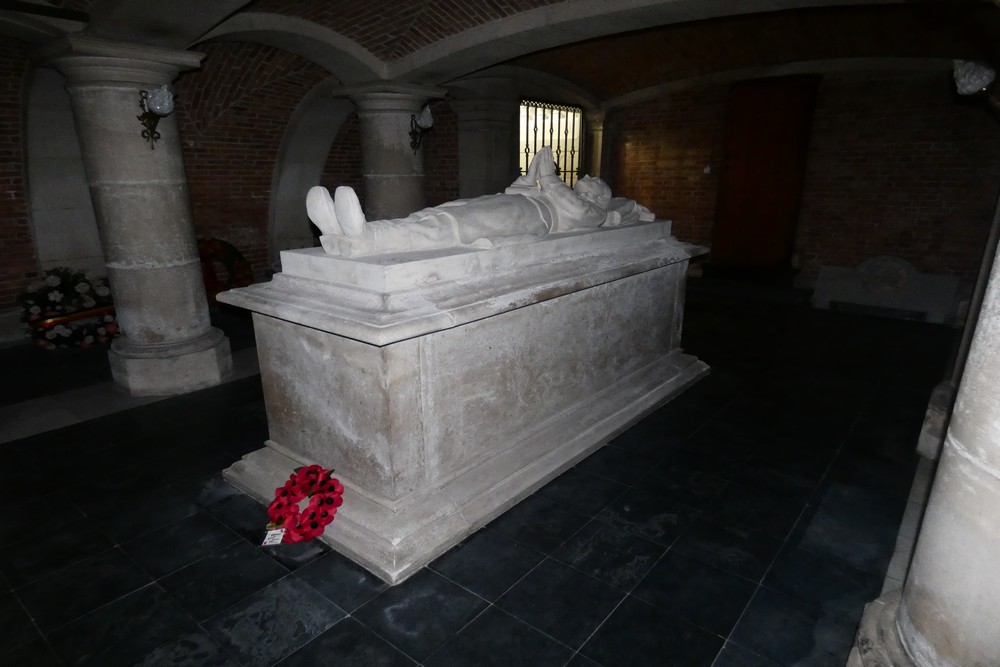