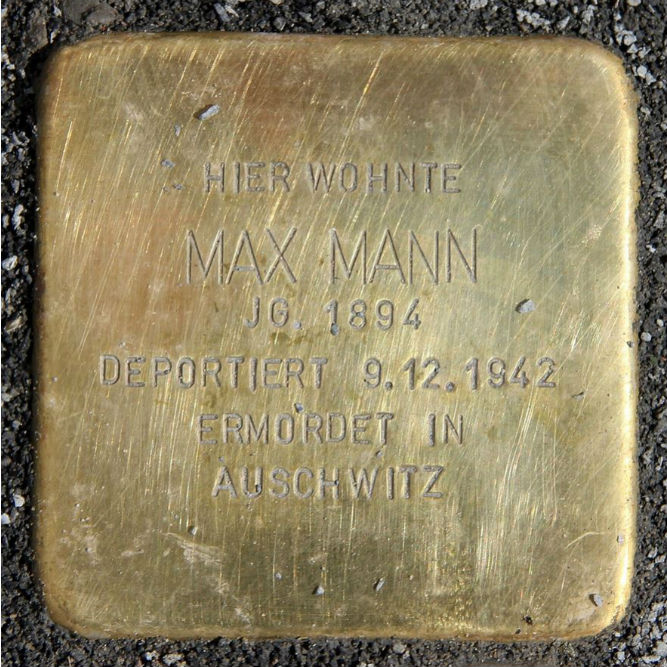 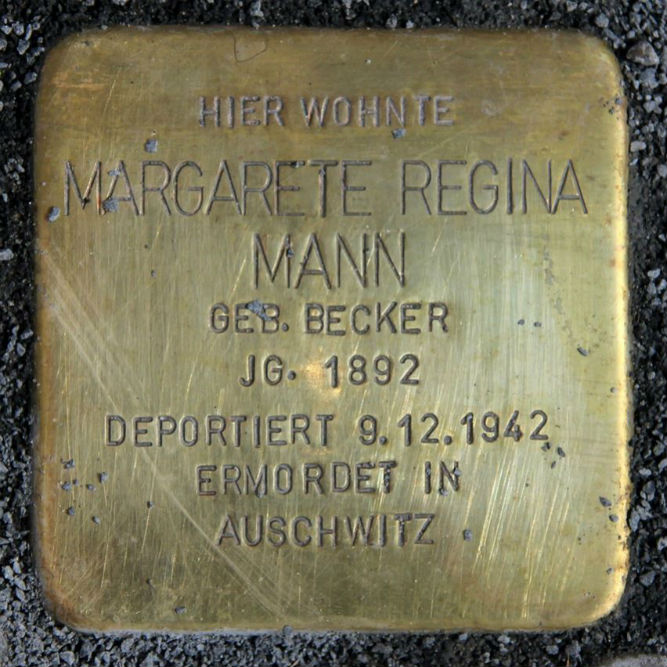 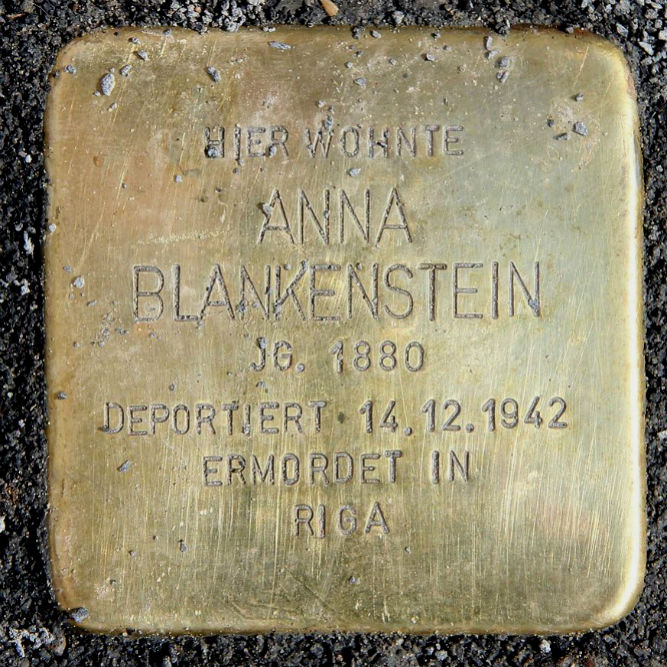 Turmstraße 9 was a Judenhaus in which 23 people were forced to live. One of them was Horst Selbiger, a survivor who spoke at the stolpersteine installation ceremony in September 2018. His description of the circumstances for his family at Turmstraße 9, may also apply to Max Mann, a businessman, his wife Margarete Mann, and Anna Blankenstein.

After the Reichspogromnacht in November 1938, the Selbiger family was forced to move to Turmstraße 9 into a limited space with shared kitchen and bath. Horst Selbiger remembered two air raid shelters  one for 3 SA officers families, and one for the 23 Jewish residents. Two residents then died -- Elise Fraustädter and Olga Blankenstein (whose relationship to Anna Blankenstein was not found). The remaining Jewish residents were deported starting in November 1941 when one woman, Dorthea Blass, was taken to Riga. In November 1942, after the so-called final solution was announced, the Strom family of 4 was deported to Auschwitz; 10 days later Max and Regina Mann were taken to Auschwitz, and five days after that Anna Blankenstein and two Fraustädter sisters were taken. On 2 February 1943, 11 more Jewish residents were deported. All that remained was the Selbiger family, who survived, in part because the mother was not Jewish.

No other information was found about the Margarete Regina Mann or Max Mann. Information about Anna Blankenstein is inconsistent as to whether she was deported to Riga or Auschwitz. According to Yad Vashems deportation database, the only transport on 14 December 1942 from Berlin went directly to Auschwitz, while the Free University of Berlins List of Deportations (cited in Yad Vashem Shoah victims database) shows a transport on that date going from Berlin to Riga.