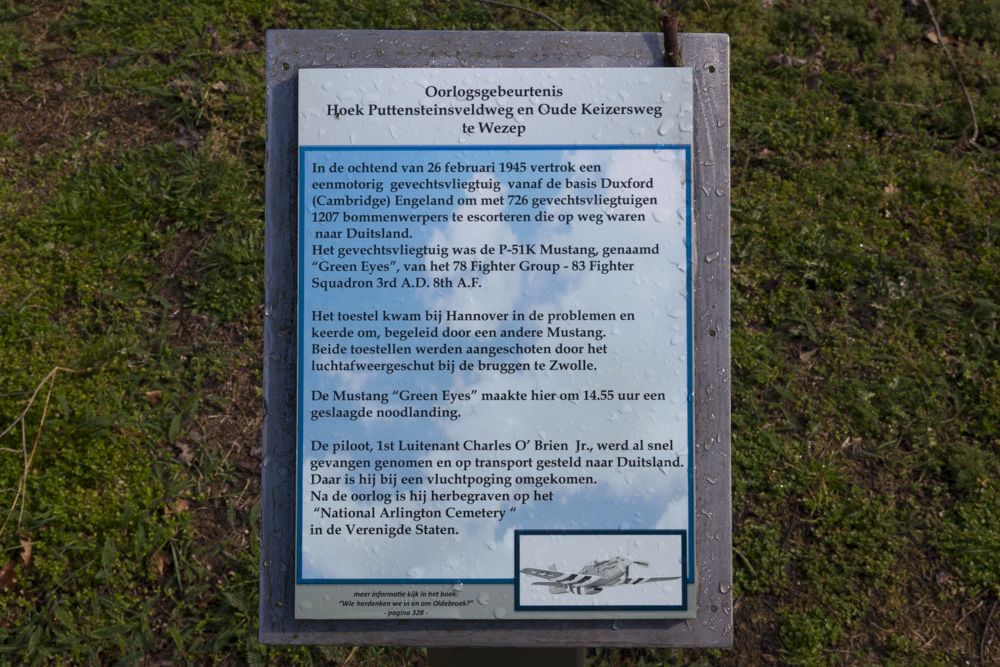 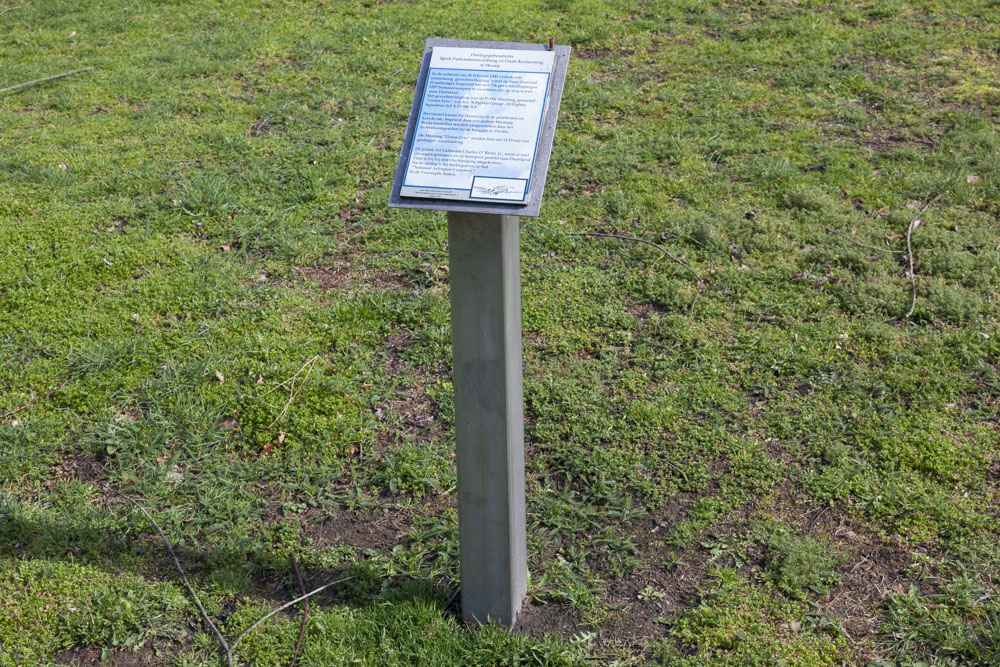 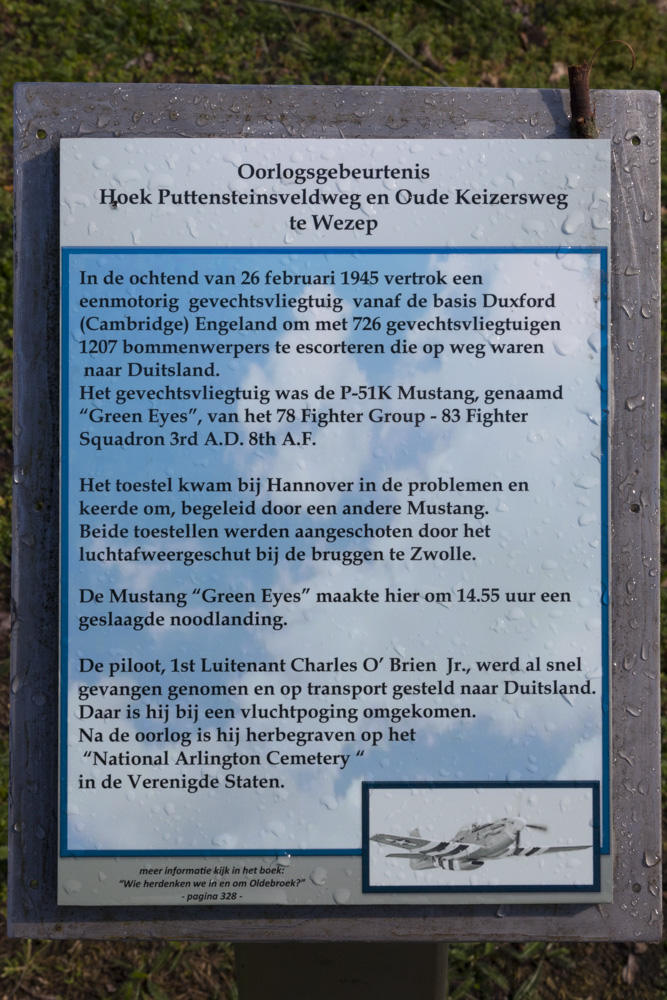 In the morning of 26 February 1945 a single engined fighter aircraft departed Duxford (Cambridge) Engeland together with 726 fighters to escort 1207 bombers on a mission to Germany.
The aircraft was P-51K Mustang "Green Eyes", of 78 Fighter Group - 83 Fighter Squadron 3rd A.D. 8th A.F.

In the area of Hannover "Green Eyes" ran into troubles and turned back for home escorted by another Mustang. Both fighters were hit by the AA-guns at the bridges of Zwolle.

At 14.55 hrs. Mustang "Green Eyes" made a succesful ermergency landing at this location.

Pilot 1st Luitenant Charles O'Brien Jr was captured a short time later. He was transported to Germany, where he lost his life during an attempt to escape. Postwar he is reburied at the "National Arlington Cemetery" in the USA.