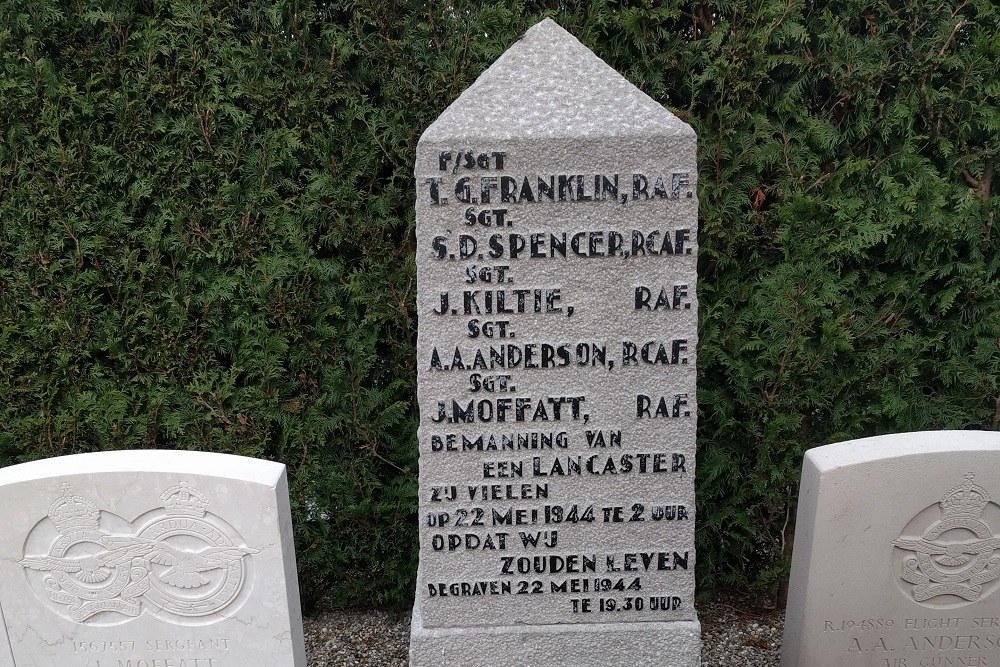 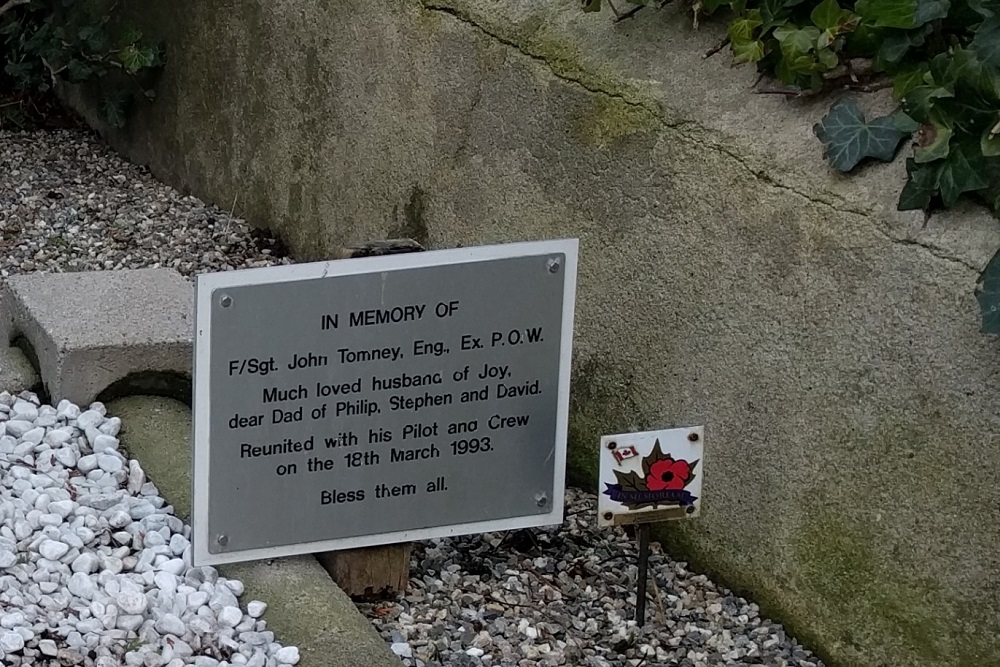 At the General Cemetery in Goudriaan a Memorial is placed at the Commonwealth War Graves for the victims who died in the crash with their Lancaster on 22-05-1944.

The monument has been offered by the Municipality of Goudriaan.

John Tomney, the one of two survivorsof the crash, has also been placed in mind.
After his death, in accordance with his will, his ashes were strewn in 1993 at the graves of his old buddies before the crash. The plate states:

Much loved husband of Joy,
Dear Dad of Philip, Steven and David.