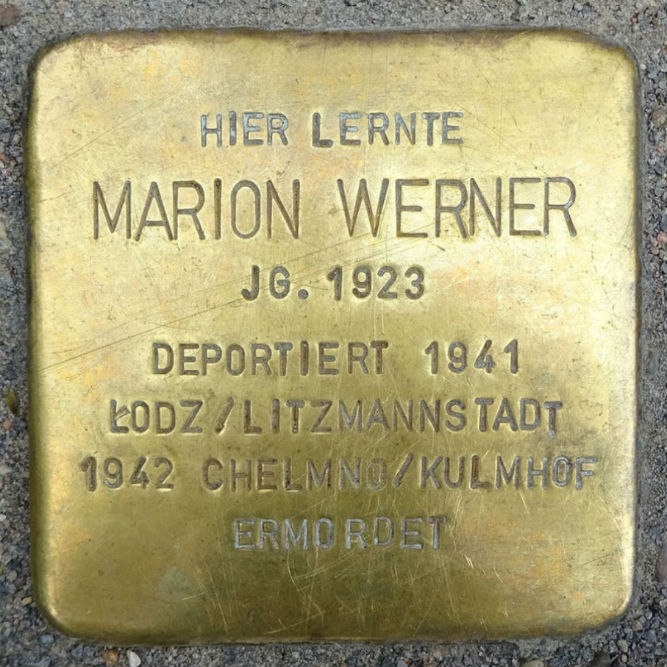 Marion Werner was one of six children of Victor and Olga Werner. They were Protestants (Lutherans), but her parents were required to register as Jews.

Marion studied at Helene Lange School at this address from 1933 to 1938. Her five siblings all were rescued by kindertransports and survived. Marion remained with her parents. On 25 October 1942, Victor, Olga, and Marion Werner were deported to Lodz. Eleven months later, all three were deported to the extermination camp, Chelmno, where they were probably murdered on arrival.

Another stolperstein for Marion Werner is with stolpersteine for her parents at Woldsenweg 15 in Hamburg-Nord.