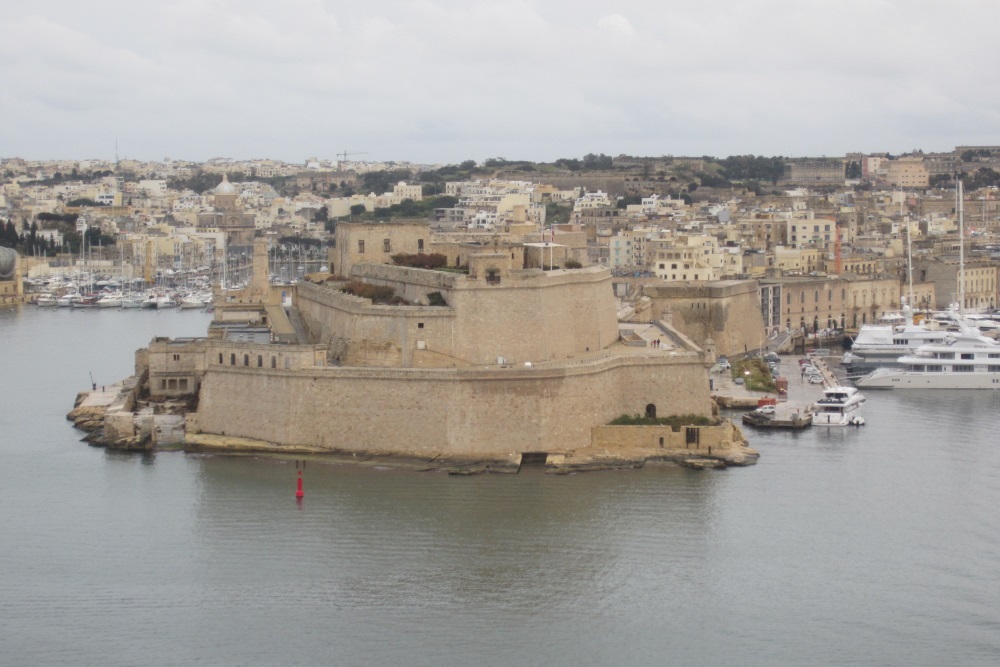 During World War II, the fort stood for siege with an armament of 3 Bofors guns (manned by the Royal Marines and later by the Royal Malta Artillery). In total, the fort suffered 69 direct hits between 1940 and 1943.