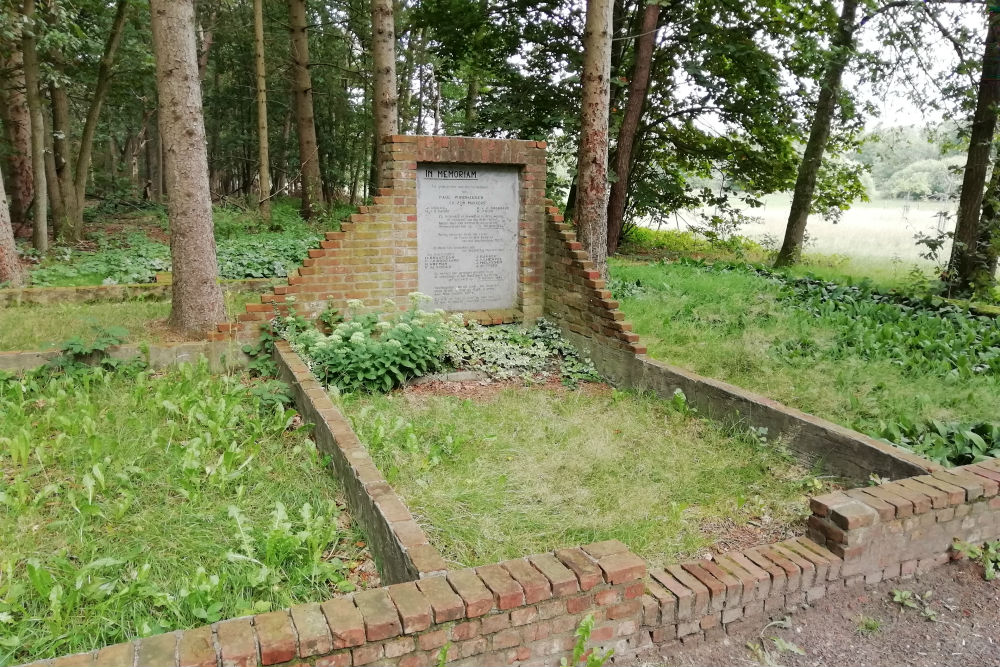 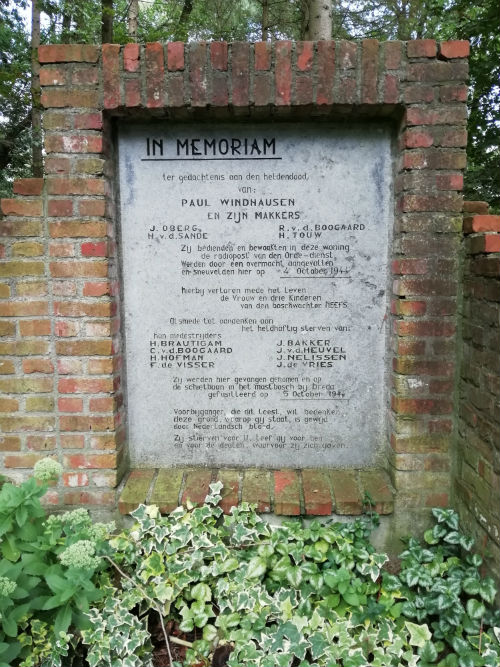 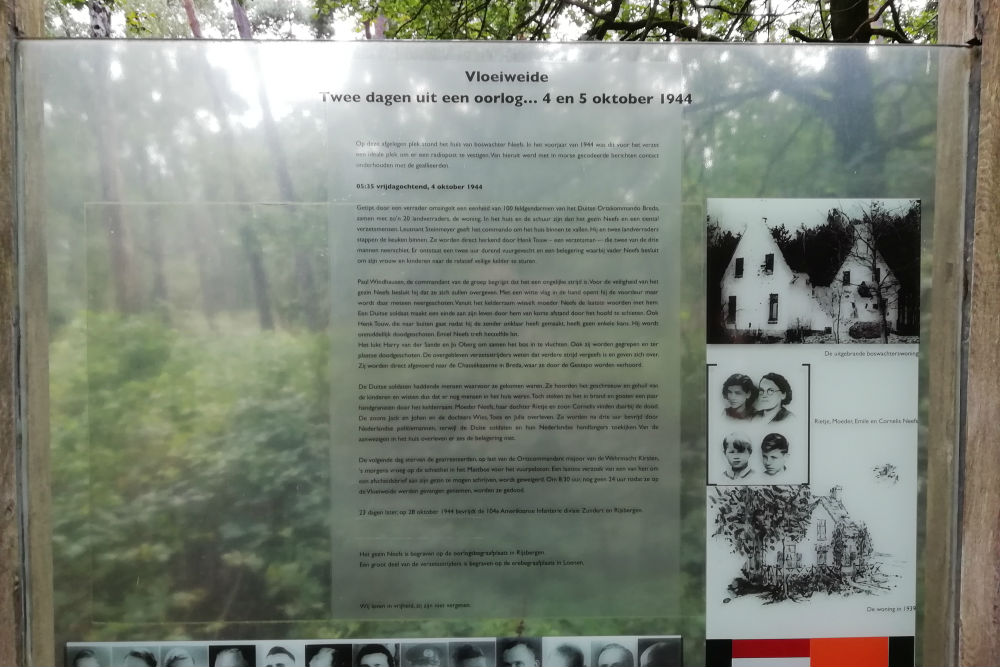 Text on the board next to the memorial:
"This memorial is build on top of the foundation of the house of forester Neefs, In early 1944 this was the perfect spot for the resistance to install a radio post. From this house contact was maintained with the allies by sending encoded messages.

Tipped by a traitor a unit of 100 field gendarmes of the German Ortskommando Breda and 20 Dutch traitors surround the house. In the house and shed are the family Neefs and ten members of the resistance. Leutnant Steinmeyer commands the unit to enter the house. He and two Dutch traitors enter the kitchen. They are immediately recognized by Henk Touw- a member of the resistance - who shoots down two of the three men. A two hours during gunfight starts and a siege. Father Neefs decides to send his wife and children to the relatively safe basement.

Paul Windhausen, the commander of the group understand that the fight is unequal. For the safety of the family Neefs he decides to surrender. With a white flag in his hand he opens the front door, he was shot dead right away. Emile Neefs suffers the same fate.
Harry van der Sande and Jo Oberg escape in to the woods. They also were caught and shot dead at the spot. The remaining members of the resistance know that the fight is lost and they surrender. The were directly transported to the Chassékazerne in Breda, where they were questioned by the Gestapo.

The German soldiers got the men they came for. They heard the screaming and crying of the kids and knew that there were people in the house. Nevertheless they set fire to the house and throw some grenades trough the basement window. Mother Neefs, her daughter Rietje and her son Cornelis die due the impact of the explosions.
The sons Jack and Johan and the daughters Wies, Toos and Julia survive. They were rescued three hours later by Dutch Policemen, while the German soldiers and the Dutch traitors watch. Of all the people in the house only six survive.

The next day the arrested members of the resistance die, ordered by Ortscommandant major of the Wehrmacht Kirsten, in the morning by a firing squad in the Mast-forest in Breda. A last request by one of the arrested to write a good-bye letter to his family was denied. At 8:30, not even 24 hours after they got captured at the Vloeiweide they were executed.