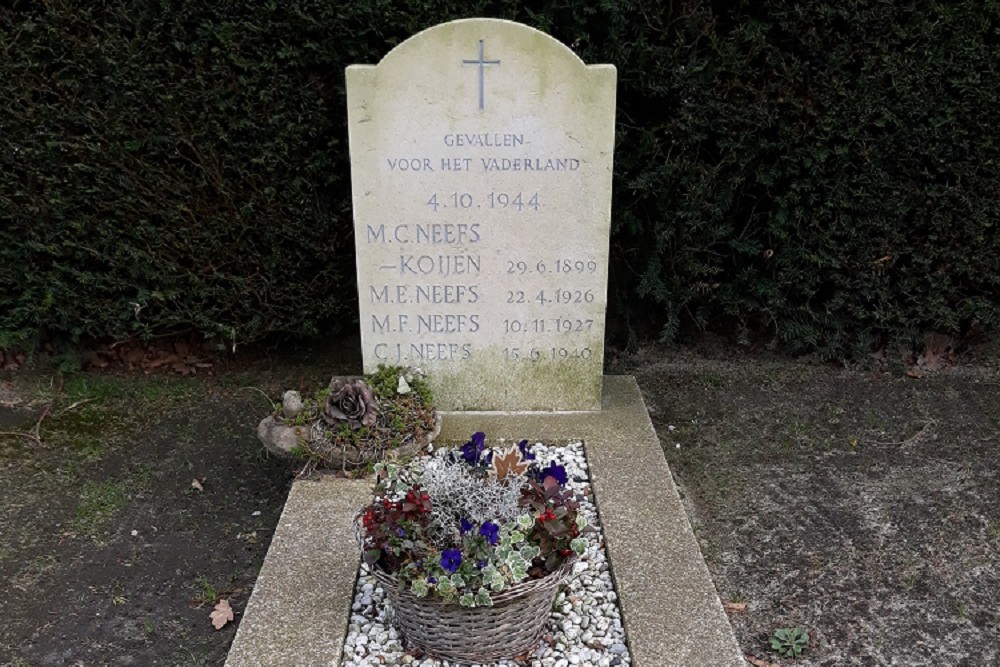 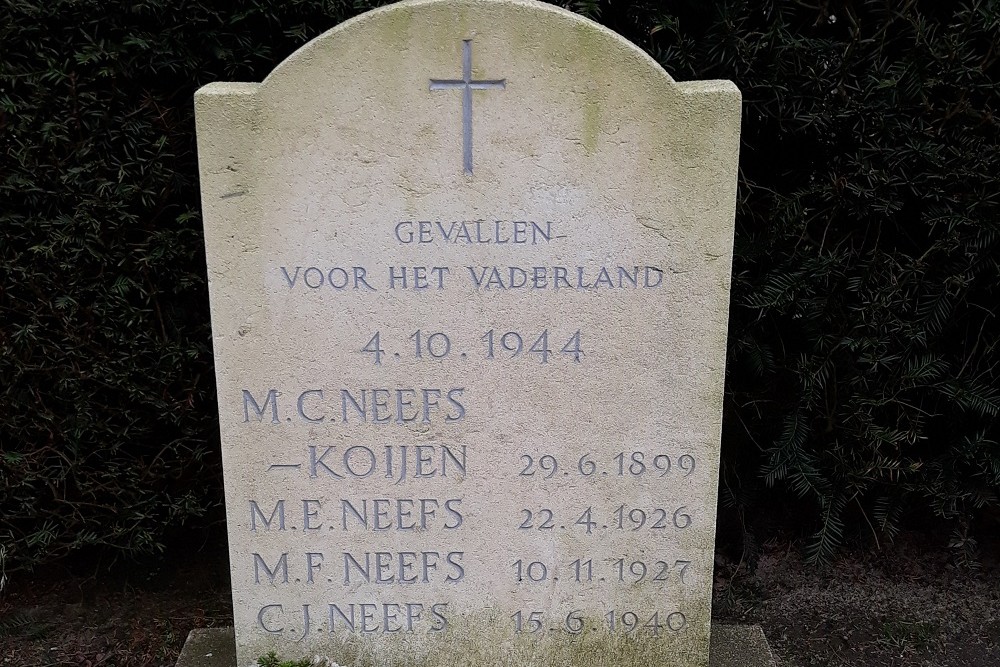 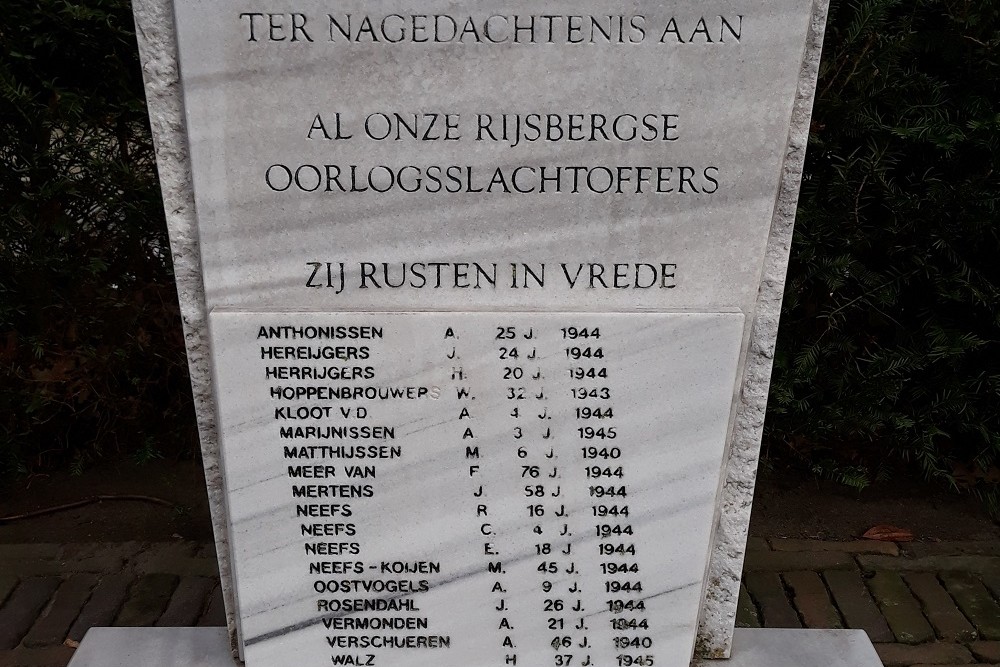 On the Roman Catholic Cemetery in Rijsbergen are the graves of Dutch civilian casualties
Neefs family
Emiel Neefs was a forester, the family lived in a house in the woods the Vloeiweide near Rijsbergen. This location was used during the war by the resistance to communicate with the Allies.
On October 4th 1944, the German SD entered into the house, Father Neefs and some resistance fighters were shot during an attempt to escape. The other family members took shelter in the basement of the house. While there were sounds of crying and screaming from the basement, the Germans set the house on fire and threw grenades through the basement window. Mother Neefs and three of the seven children in the basement died, they are buried in this grave.

For the complete story and the monument of the Vloeiweide, see the article Memorial Vloeiweide.

Marietje Matthijssenp
Died at the age of six on 11 May 1940.