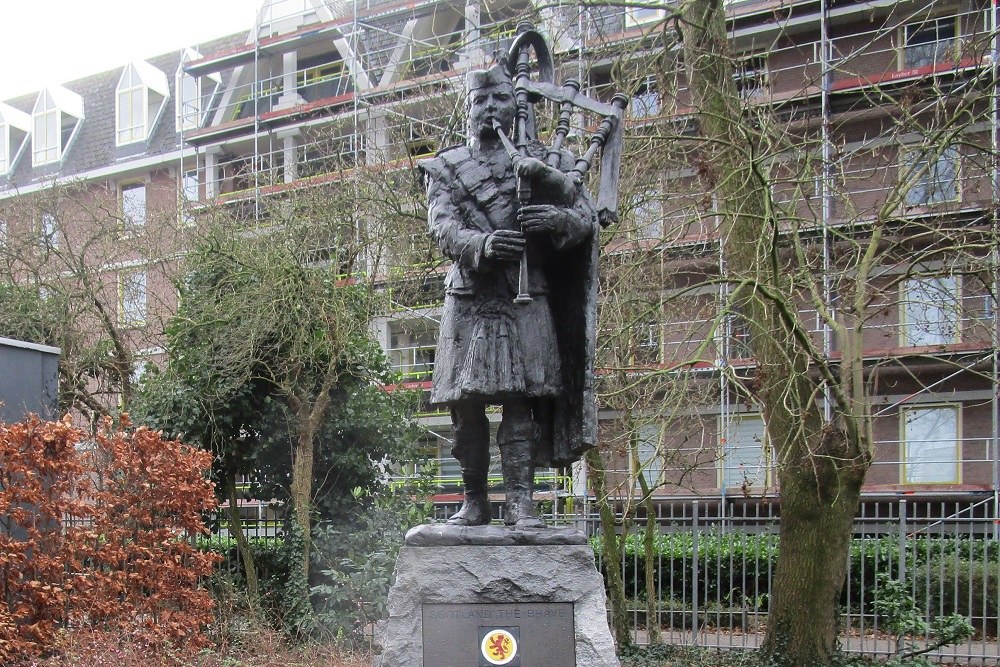 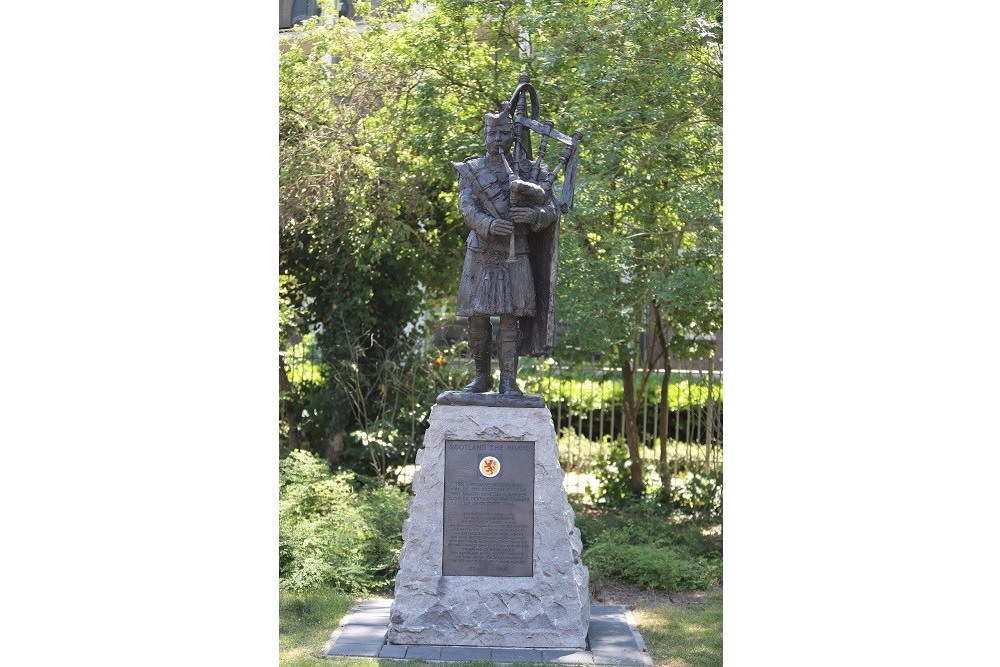 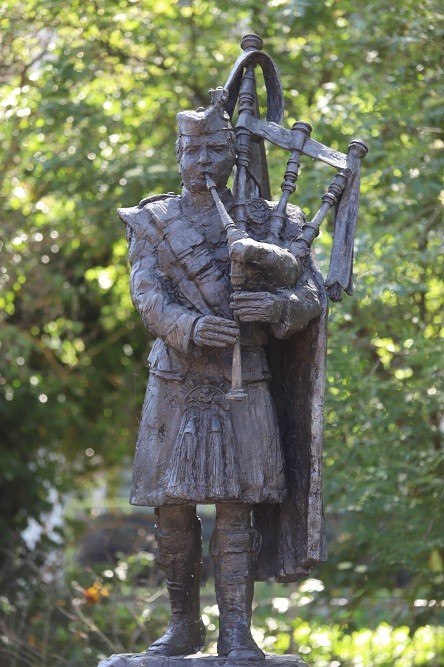 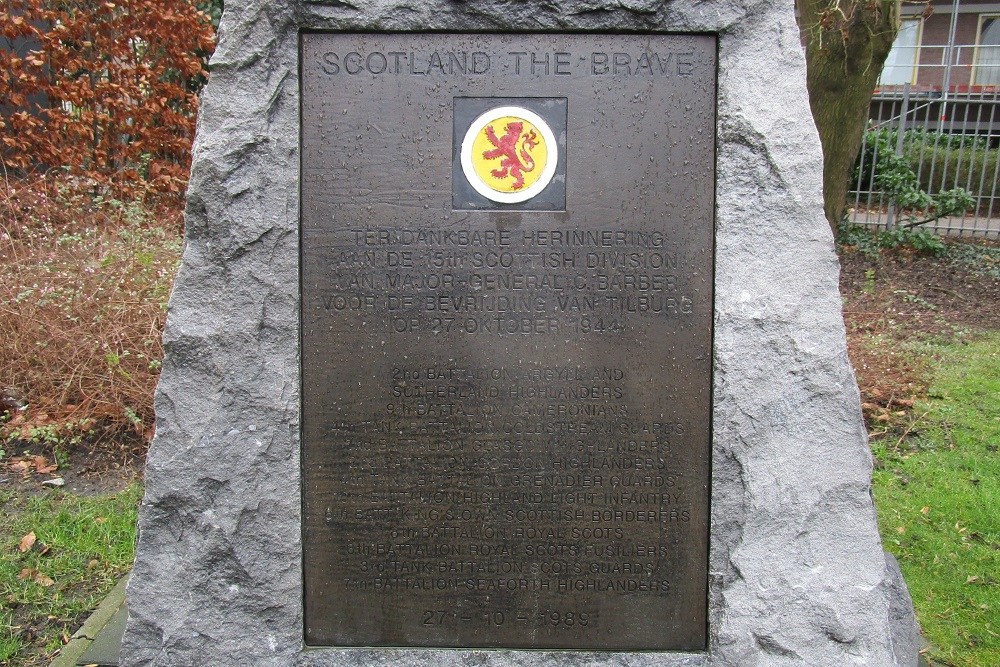 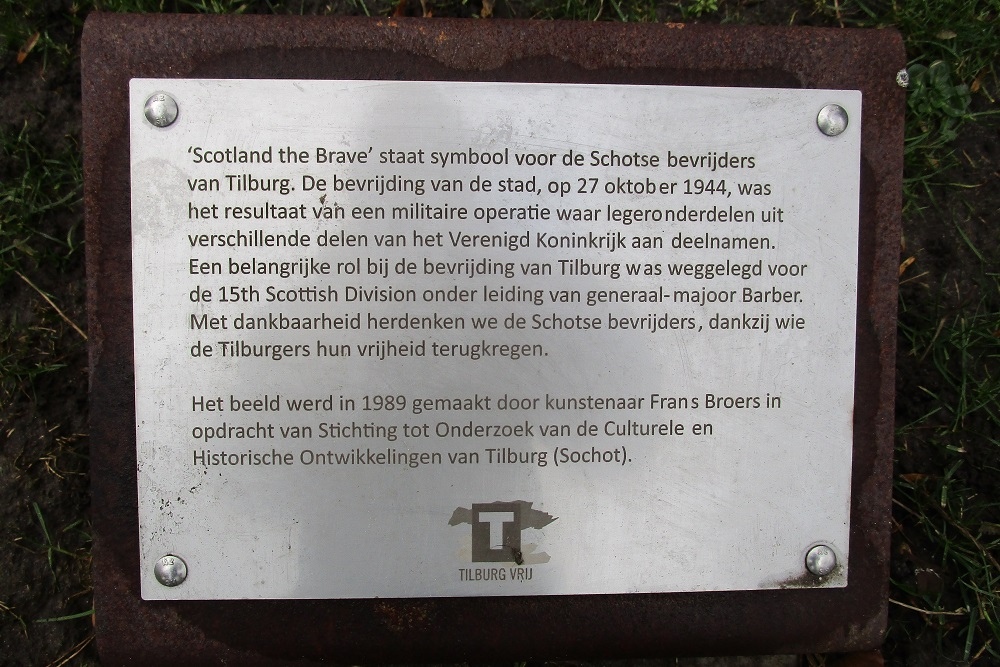 This memorial for the 15th Scottish Division memorizes for the residents of Tilburg the participation of this Division in the liberation of the city in the Dutch province of Brabant on the 27th of October, 1944. Various Units from different countries participated in the liberation of Tilburg. The 15th Division under the command of Major General Barber, played a significant part during this military operation.

The memorial depicts a bronze statue of a Scottish Bagpiper. The statue has been placed on a pedestal with the image of a heraldic lion.

The text on the pedestal reads:

'SCOTLAND THE BRAVE
THANKFUL REMINDER
ON THE 15TH SCOTTISH DIVISION
FROM MAJOR GENERAL C.BARBER
FOR THE LIBERATION OF TILBURG
ON OCTOBER 27, 1944. 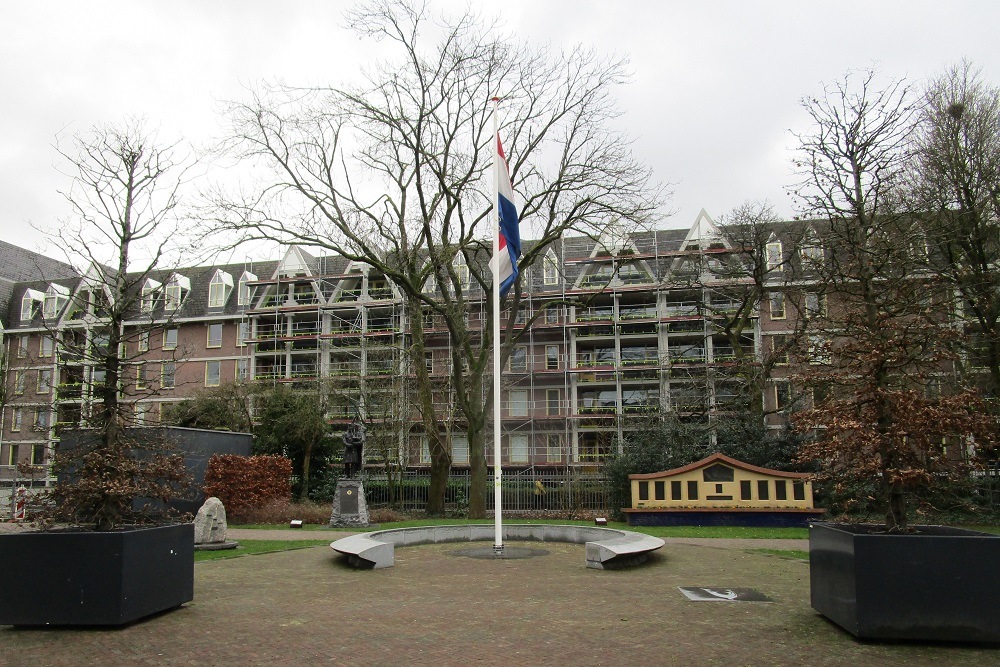