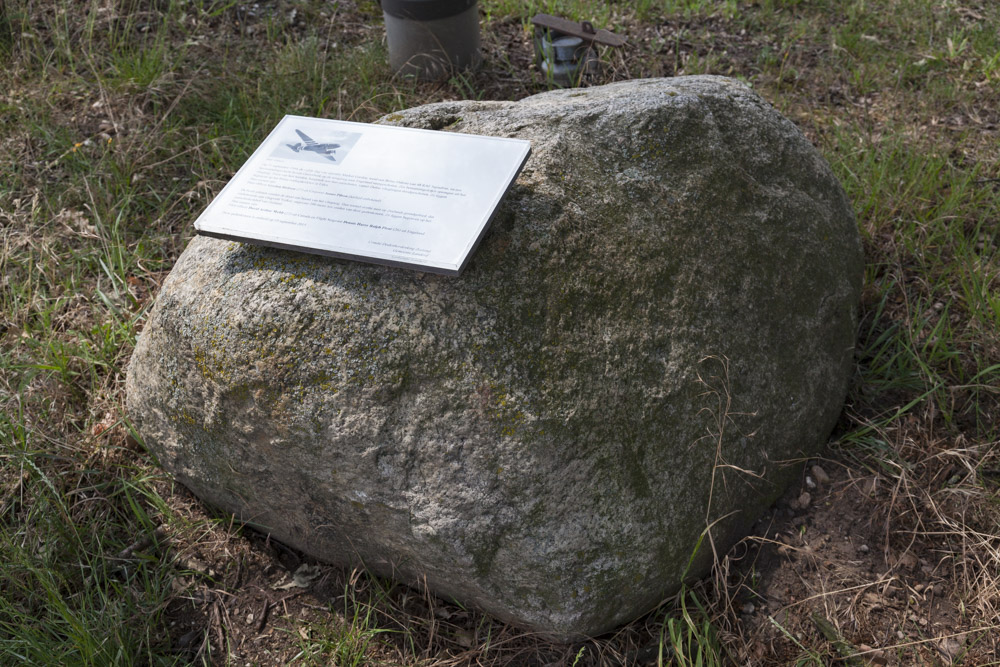 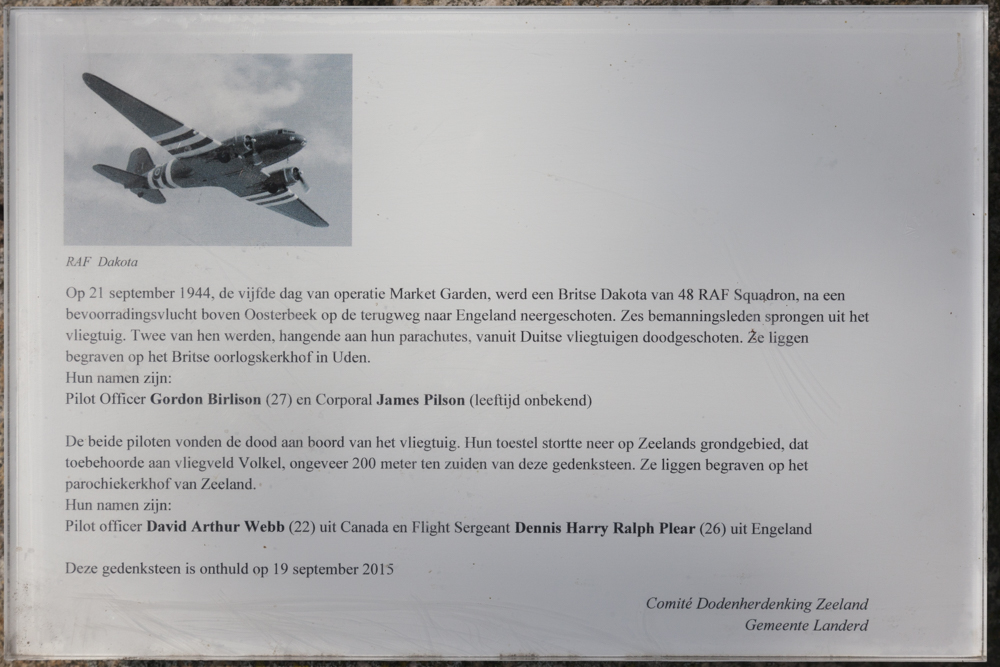 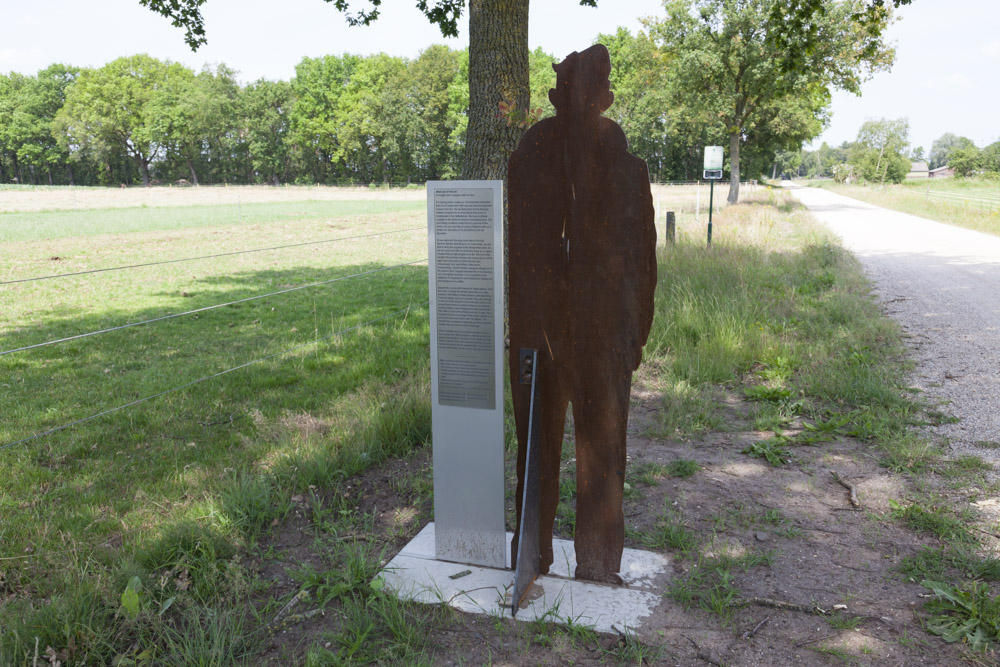 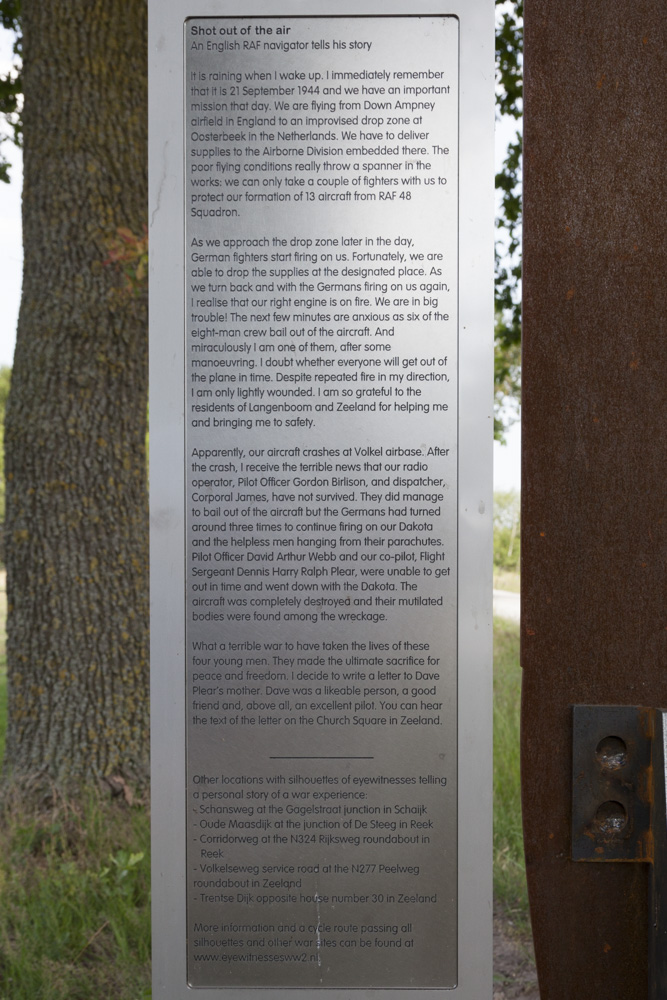 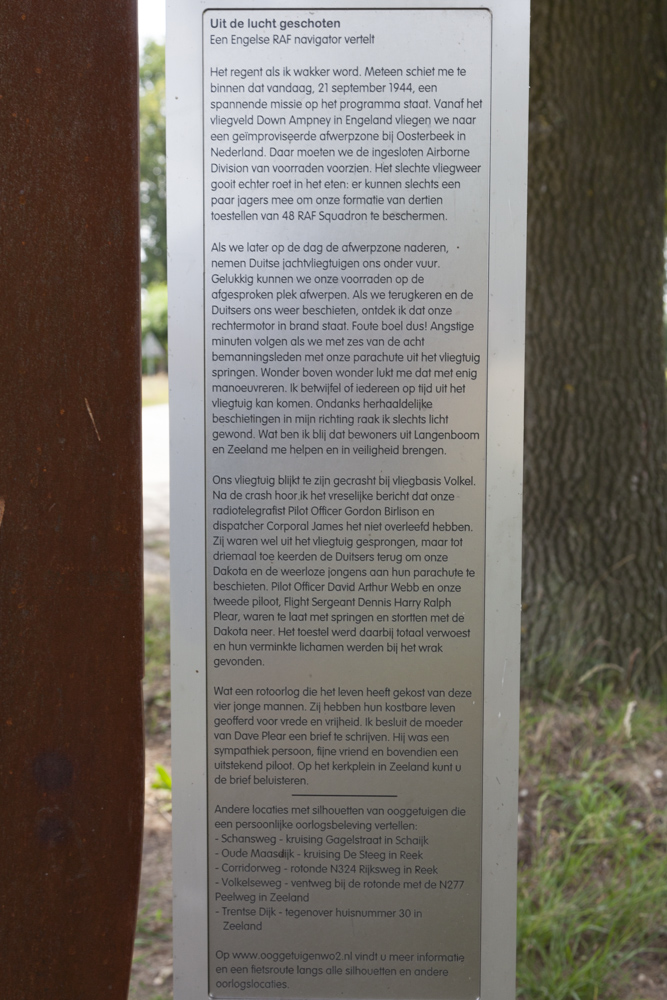 The aircraft made a resupply flight to Oosterbeek from its home base Down Ampney in England.

On 21 September 1944, the fifth day of Operation Market Garden, a British Dakota of 48 RAF Squadron was shot down during the return flight to England of a resupply mission to Oosterbeek. Six crew members bailed out. Two of them were shot dead by German aircraft whilst hanging on their parachutes. They are buried at the British War Cemetery in Uden.
Their names are:
Pilot Officer Gordon Birlison (27) and Corporal James Pilson (age unknown)

Both pilots were killed in the crash. Their aircraft crashed at Volkel Airfield in the municipality of Zeeland, approximately 200 meters south of this memorial stone. They are buried at the Parish Cemetery in Zeeland.
Their names are:
Pilot Officer David Arthur Webb (22) from Canada and Flight Sergeant Dennis Harry Ralph Plear (26) from Engeland.

This memorial stone was unveiled at 19 September 2015

Nearby is a second memorial. The plaques on this memorial tell the story of the crash by the navigator in Dutch and English.