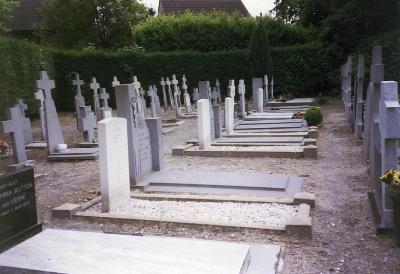 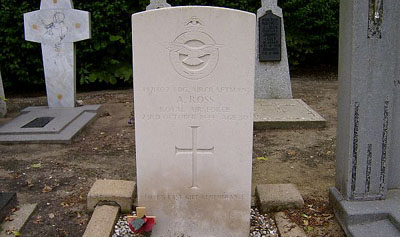 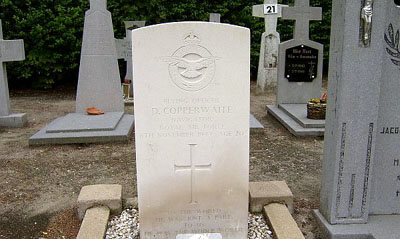 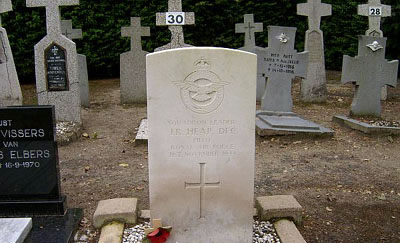 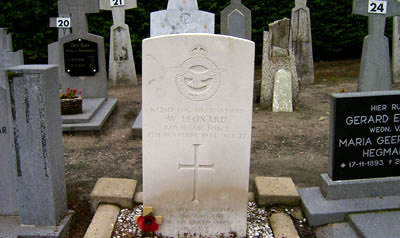 The four graves on the Roman Catholic graveyard of the parish H. Kruisvinding in the village of Odiliapeel concern two aircrew and two members of the ground staff; they are:

1. L.A.C. Albert Ross. 2809 Squadron RAF Regt. (Airfield defense).
On 23 October, 1944 he was seriously injured during a collision between two army vehicles and succumbed as a consequence.

2. Flying Officer Derrick Copperwaite. 140 Squadron RAF.
He was a navigator of a Mosquito aircraft and was killed in his cockpit during an attack over Germany. The pilot made an emergency landing at Volkel airbase. Date of his death is 6 November, 1944.

4. Squadron Leader John Rolleston HEAP. 278 Squadron RAF.
Based on airfield Volkel he crashed during take off as a pilot on a Tempest fighter aircraft on 21 November, 1944.