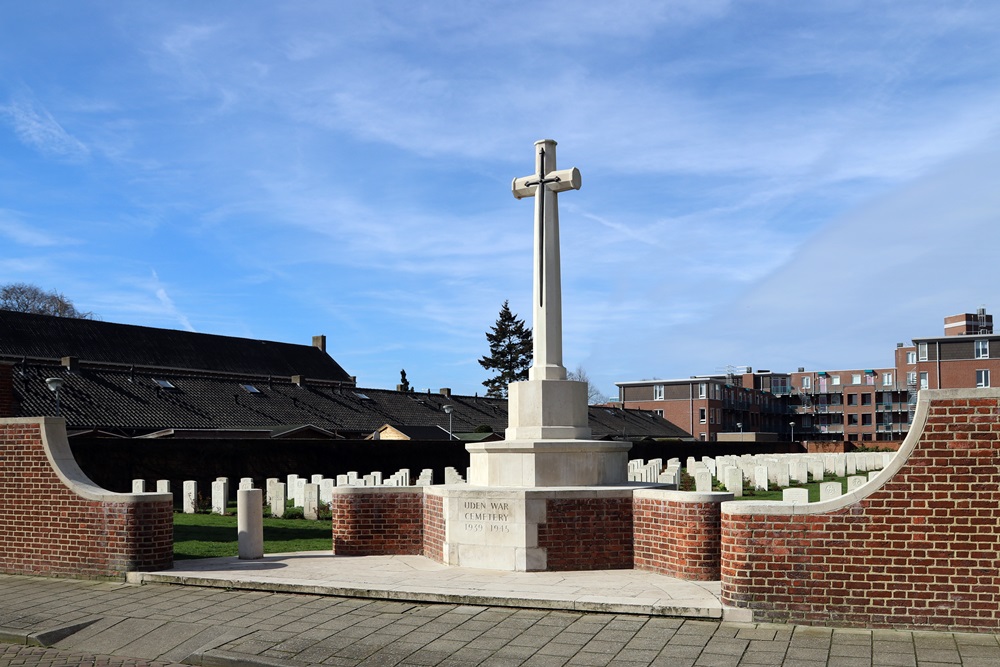 Uden was occupied by the Germans until the liberation in September 1944. During the war years the fallen Allied soldiers were temporarily buried in the garden of the pastor at the Roman Catholic cemetery. In 1943, the old part of the cemetery, which has not been used since 1918, became the final resting place for these allied soldiers. After the war, more than 100 graves were taken from the pastor's garden to this place, along with other temporary graves from that region. Uden War Cemetery now contains 701 Commonwealth graves of the Second World War, four of which are unknown. In addition, two Polish soldiers are also buried.

Pilot Officer William Perry
On September 20, at 2:30 pm, Pilot Officer William Perry had taken off for his third flight during Operation Market Garden. His Dakota, KG324 of the 512 Squadron, was used to supply the troops at Oosterbeek. A new drop zone was designated 3 kilometers west of Arnhem for this. At 5:20 pm, after the containers were dropped, he was hit by both anti-aircraft guns while turning away. The Dakota caught fire. Perry managed to climb his plane to 360 meters, after which he ordered his crew to jump. Warrant Officers Frank Barritt (navigator) and Bert Friend (radio operator) managed to get out of the plane together with the four air despatchers near Wijchen. Not much later he landed at the Hemelrijk brickworks in Schaijk. William Perry and the co-pilot Warrant Officer Ivan Gilbert died in the crash. There's a memorial at the crash
location.

Mr. Danen witnessed the crash as a 12-year-old boy: "I was going back home at dinner time through the forest at the brickworks. We had to cross the road quickly because there might still be Germans nearby. Suddenly we saw a plane coming from the north, it was on fire and came straight at us. Suddenly the plane turned on its side and crashed. We ran to the plane and I tried to pull a man out of the wreck. He sat on the left side of the cockpit, which had a huge hole in it. Concentrated, I tried to get the man out of the plane, but it didn't work. Only then did I see his burned face and saw that he was dead. I was in shock and gave up all hope to save him. " 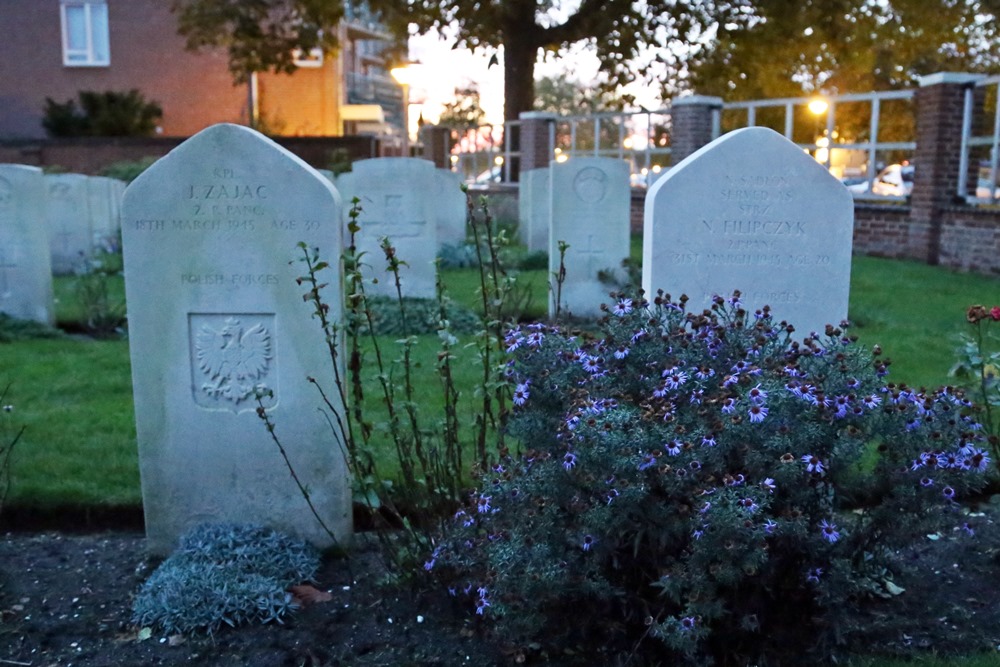