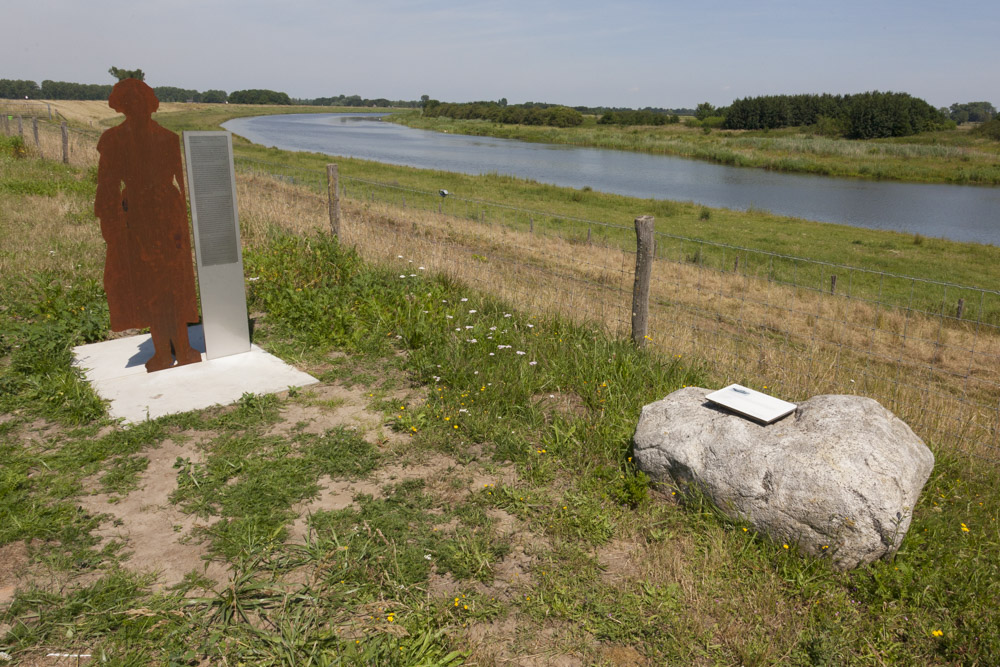 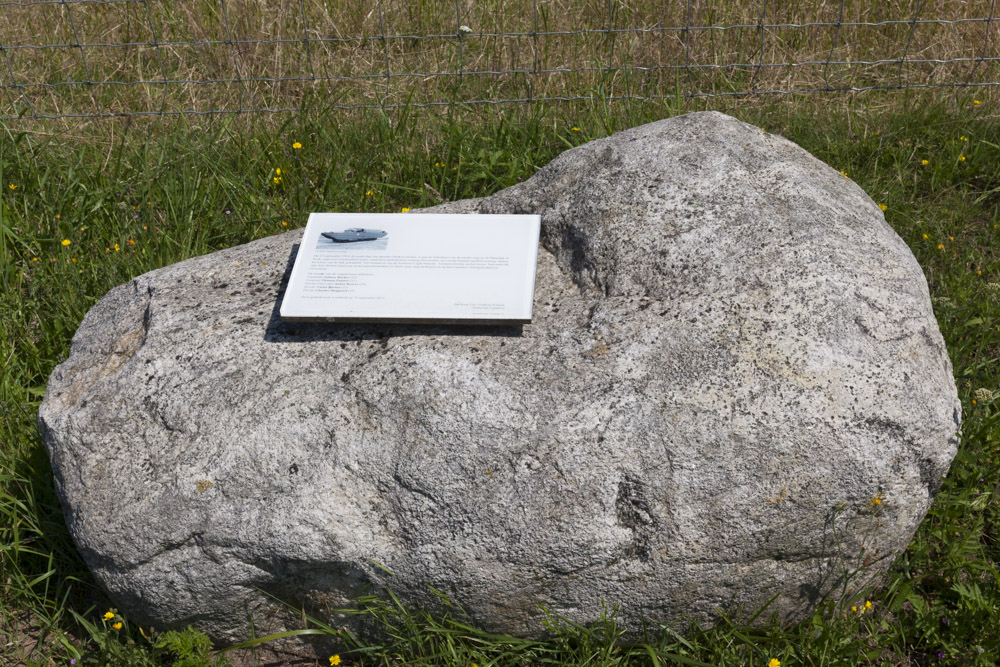 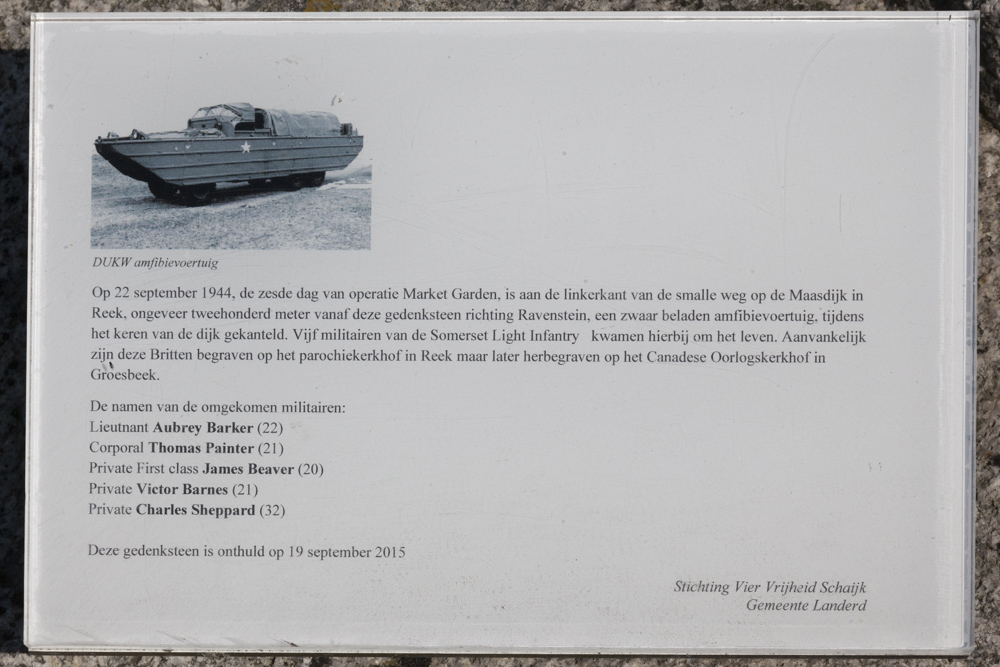 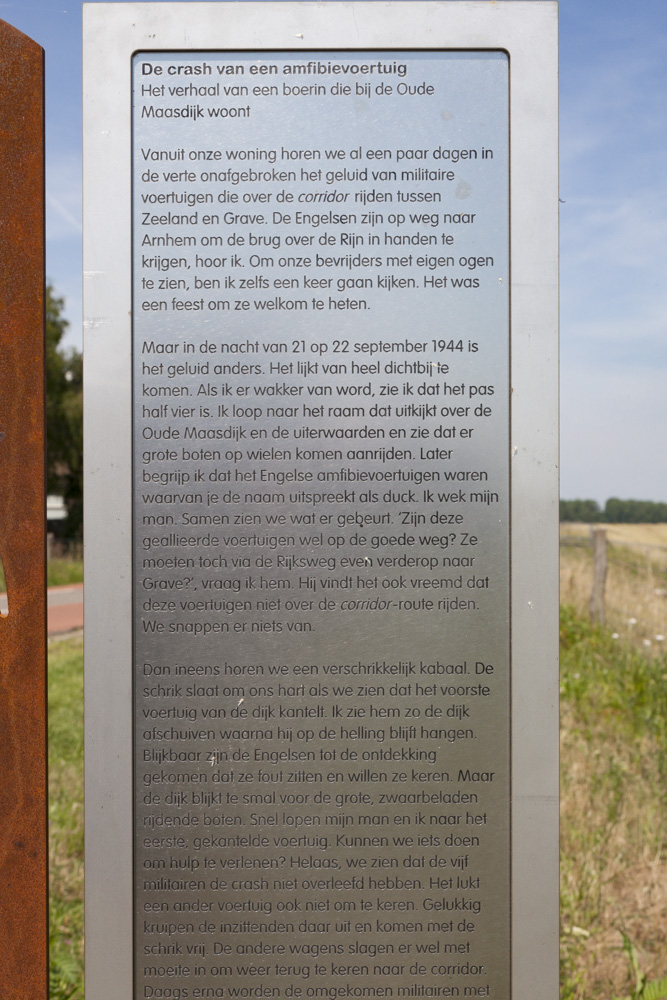 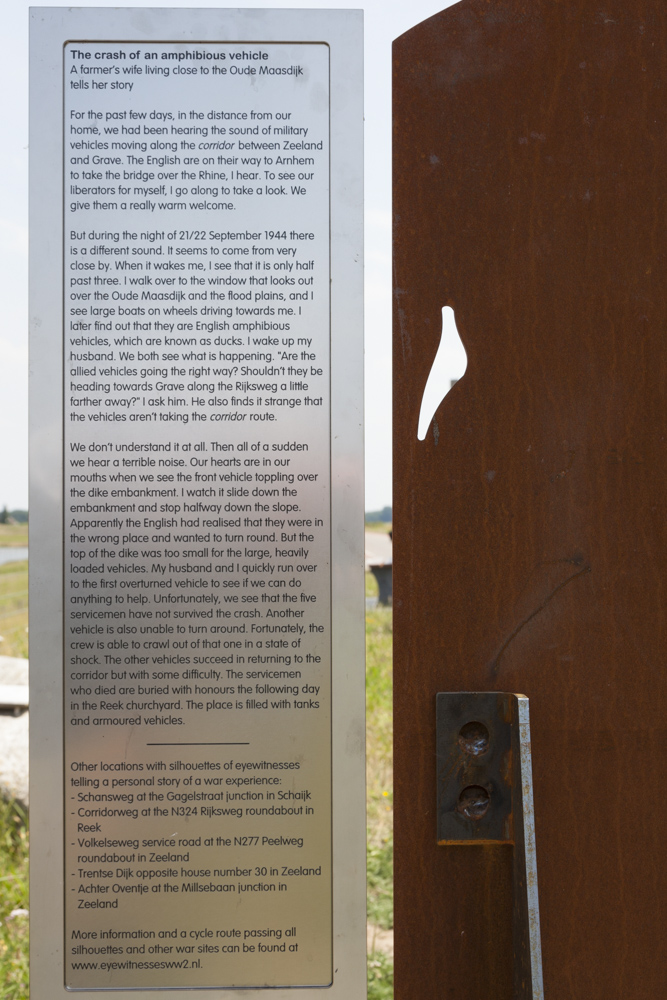 At this location are two memorials commemorating the same accident. The text on the plaque of the boulder is:
On 22 September 1944, the sixt day of Operation Market Garden, a heavily loaded amphibious vehicle crashed at the left side of the narrow road on top of the Maasdijk while turning. It happened about two hundred meters from here in the direction of Ravenstein. Five servicemen of the Somerset Light Infantry lost their lives. They were first buried at the parish cemetery in Reek. Later they were reburied at the Canadian War Cemetery in Groesbeek.[

This memorial was unveiled on 19 September 2015

On the second memorial the story of the accident is told in English and Dutch by a farmers wife who was eye witness.