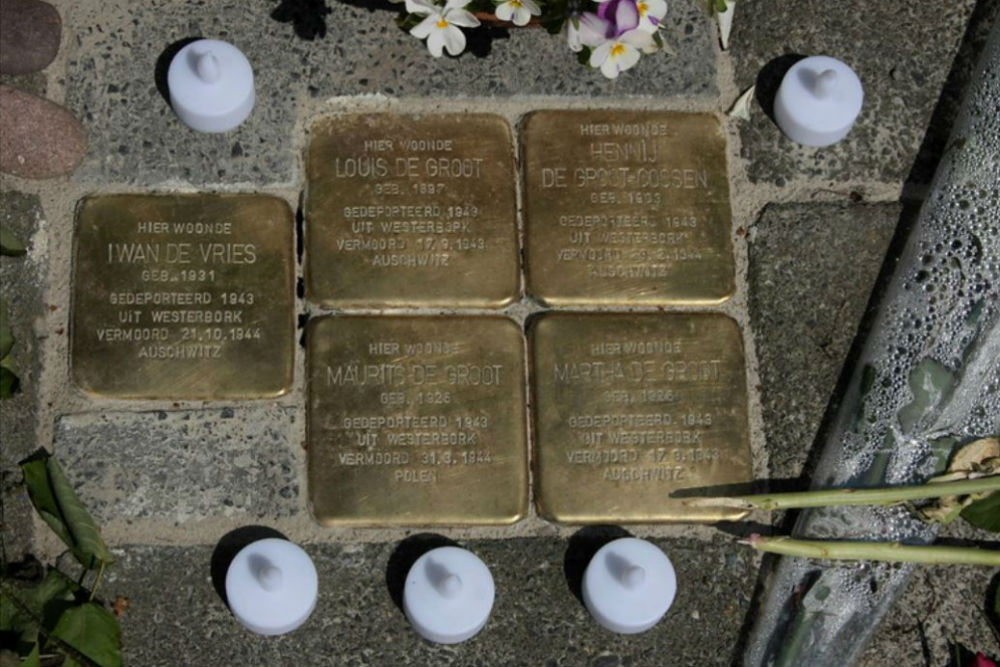 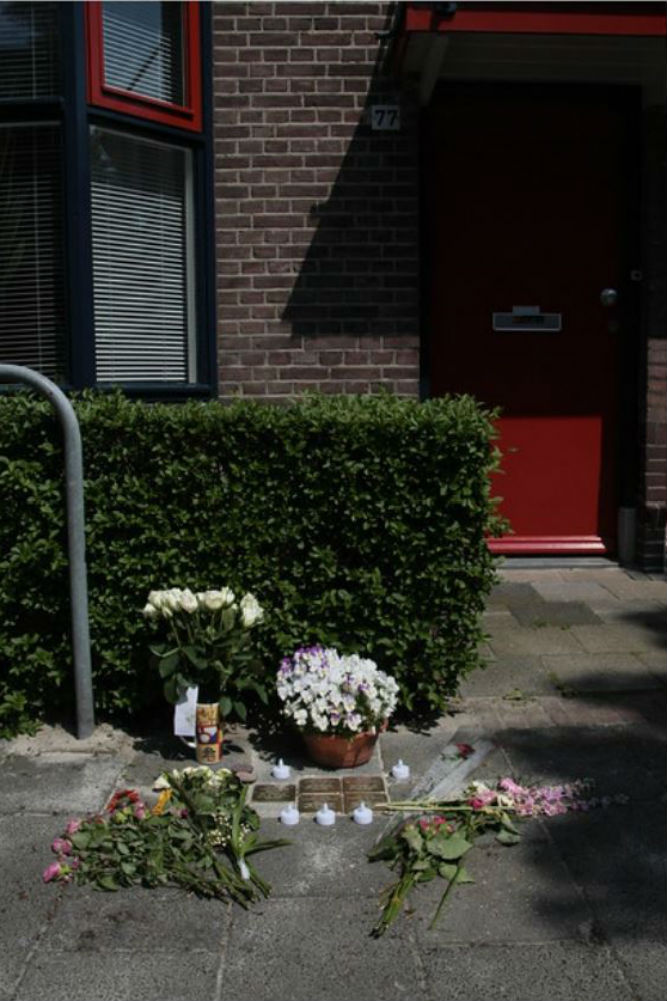 Louis de Groot, a warehouse clerk, and Hennij Cossen married in 1924. They had two children  Maurits (born 1925) and Martha (born the next year). At the end of 1939, they took in as a foster child the 8-year-old orphan, Iwan de Vries, who was 6 years younger than Martha.

Information on the exact deportation dates for the members of this family was not found even though dates of death were documented. Louis de Groot and his daughter Martha were murdered in Auschwitz on the same September day in 1943; Hennij and Maurits de Groot and Iwan de Vries survived somewhere until their murders in February, March, and October the next year.

At the Jewish Central Information Office (JCIO) in Amsterdam, Alfred Wiener and colleagues were collecting reports and testimonies about the November 1938 Pogromnacht in Germany. Hennij de Groot-Coussen had travelled to Germany after the November 1938 Pogromnacht to check on her father and sister. On 15 November 1938, she wrote to JCIO about what she saw. The English version is in The Weiner Library. Her father and sister were okay then, but both were murdered in the 1940s -- he in Westerbork, and she in Auschwitz.