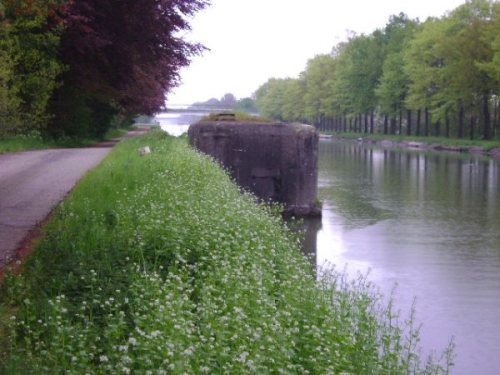 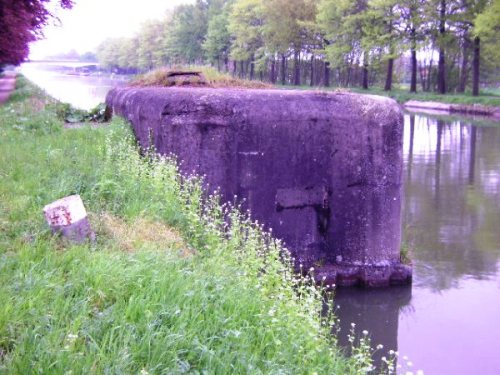 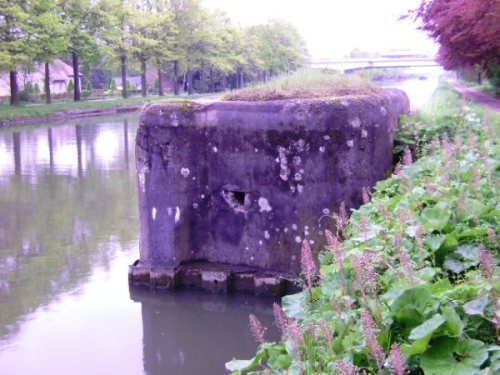 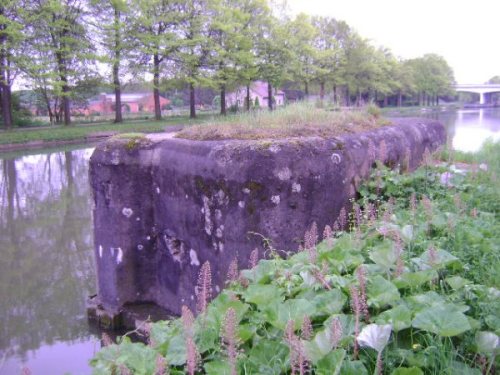 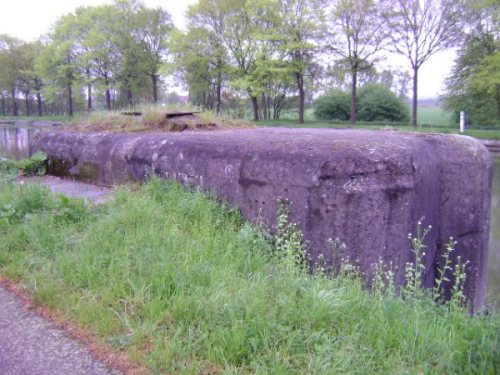 Bunker 50 Border Defence Bocholt-Herentals Canal
Built in 1935-1936 by contractor Travaux Hydrauliques et Entreprises Générales S.A. in Liege
This flanking bank bunker is suitable for two Maxim machine guns on a Chardome gun carriage. These machine guns were aimed at the extension of the canal on both sides, it was not possible to fire directly to the other side. The walls are 1 meter thick on the canal side, the sides with firing holes are 90 cm and the rear is 80 cm thick. The bunker is sunk into the bank side and is therefore accessible via a staircase going down. Next to these stairs at the rear was also the emergency exit. The bunkers were equipped with painted camouflage in the colors brown, green and gray. There are 29 pieces of this type in the line.
This bunker fell under the deployment of the Cie. Grenswielers Lanaken. (bunkers 48 to 55, BN11 to BN2)