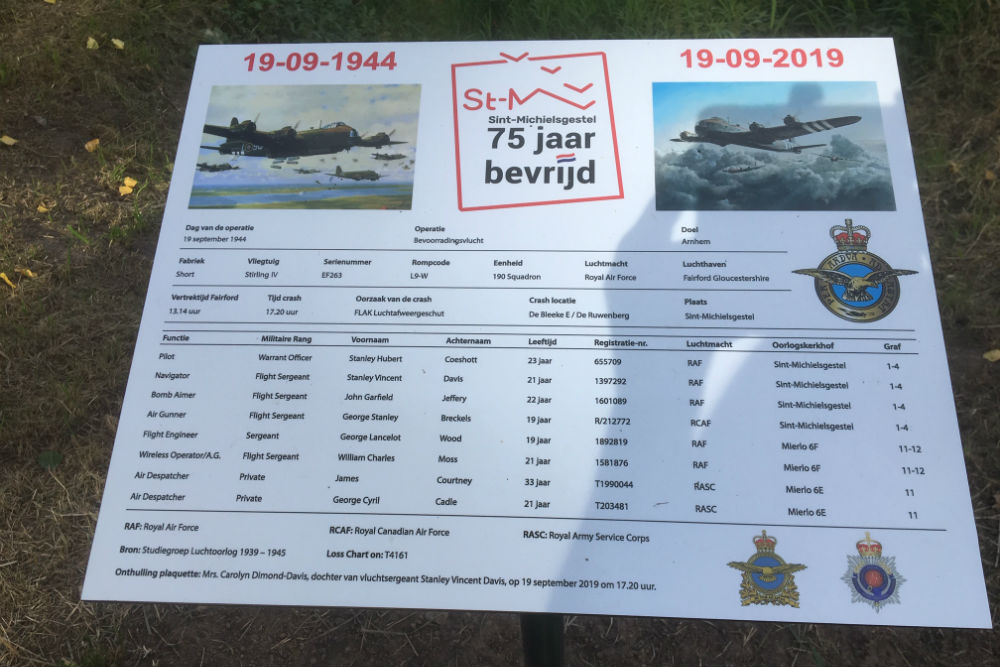 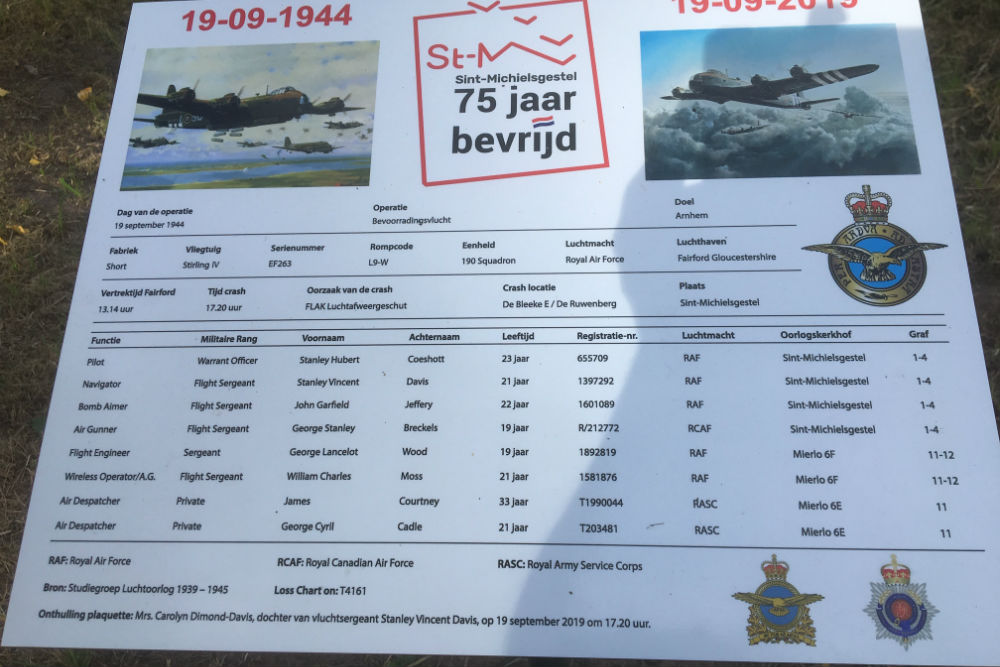 A Short Stirling of the RAF crashed at this location on 19 September 1944 by German anti-aircraft guns. The aircraft was on its way to Arnhem to supply the paratroops. All 8 passengers were killed in the crash. 4 crew members are buried in the cemetery in Sint-Michielsgestel and 4 in the cemetery in Mierlo. The plaque is located near the Piet van der Lee bridge. The bridge is named after a resistance fighter who drowned there after a resistance action in September 1944.