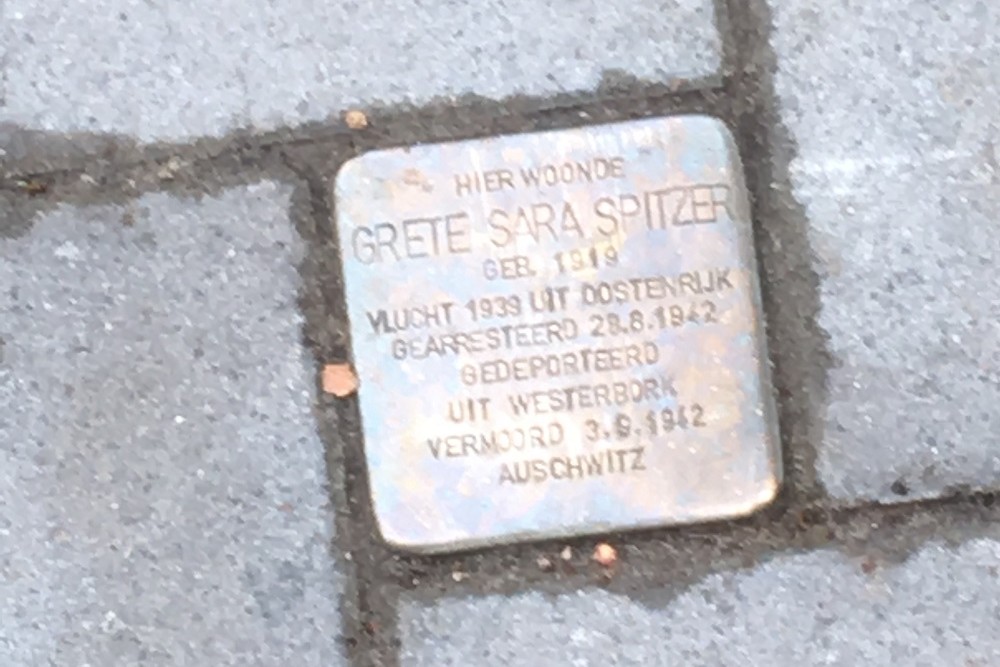 This memorial stone (so called Stolperstein or stumbling block) commemorates Greta Sara Spitzer, persecuted or murdered by the Nazis.

Grete Sara Spitzer, a Jewish deaf girl born in Vienna in 1919. She converted to the Catholic faith and fled to Sint-Michielsgestel in 1939.

As a legal refugee, she was appointed there as a teacher at the then institute for the deaf, now Royal Kentalis. In 1942 she was arrested and transported via Den Bosch station and Westerbork camp to Auschwitz concentration camp in Poland. There she was murdered on September 3, 1942.