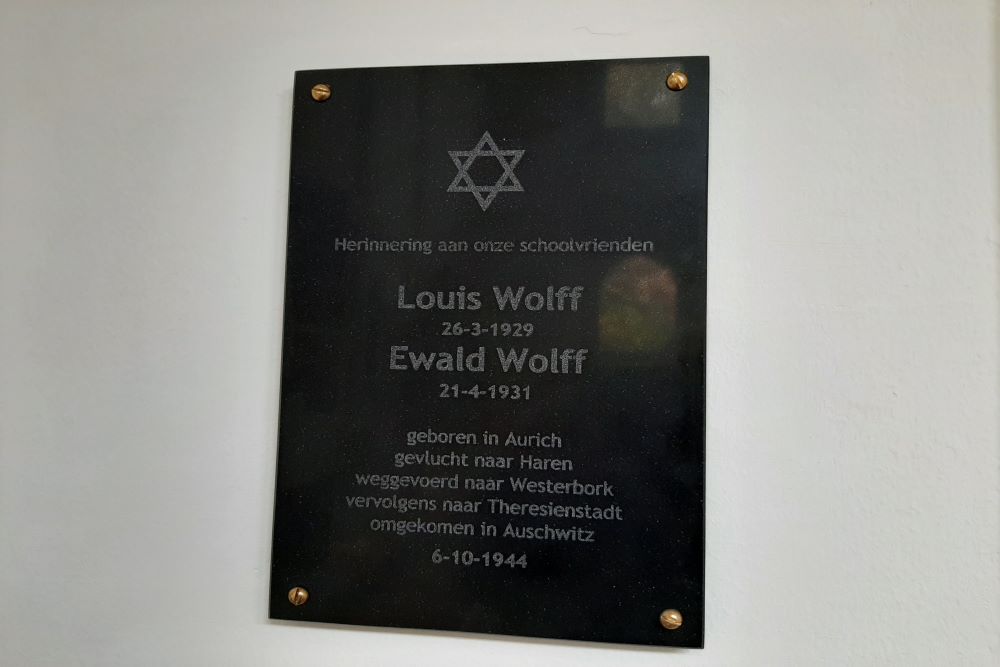 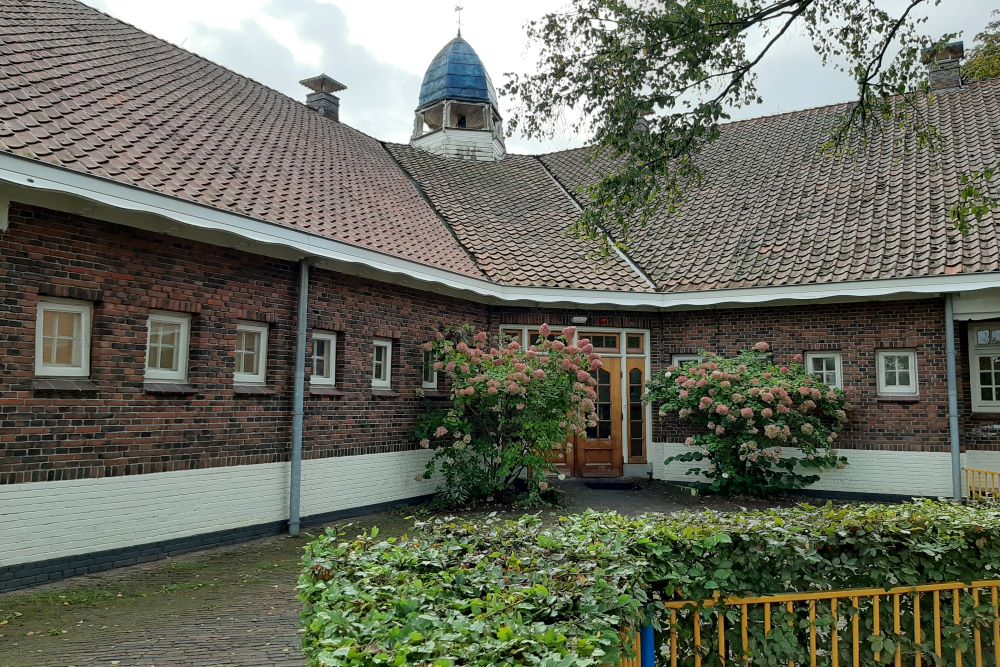 The plaque in the Tuindorpschool commemorates 2 Jewish pupils who were murdered in Auschwitz on 6 October 1944. Louis was only 15 years old and Ewald 13 years old.

Louis Wolff and his brother Ewald Wolff were pupils from 1937-1941 at the Tuindorpschool at this address. The two boys lived across the street at . Their family had fled from Nazi persecution in Aurich, Germany, and were welcomed into the Haren community.

The plaque was an initiative of former classmates who have lived into their 80s and 90s. They remembered clearly that the boys did not come to class on the first day after summer vacation in 1941 but did stand outside the school gate until they were told that they were not allowed in school or in the school yard because they were Jewish. Their classmates didnt understand and continued to play with the boys after school.

In November 1942, the boys and their family went "on a trip." Their "trip" took them to Westerbork, Theresienstadt, and finally Auschwitz where they were murdered on 6 October 1944.

Their classmates heard about the boys fate much later, and those still alive remain troubled by it. In October 2019, 75 years after the boys deaths, the classmates plaque remembering Louis and Ewald Wolff was installed in the entryway of their school.