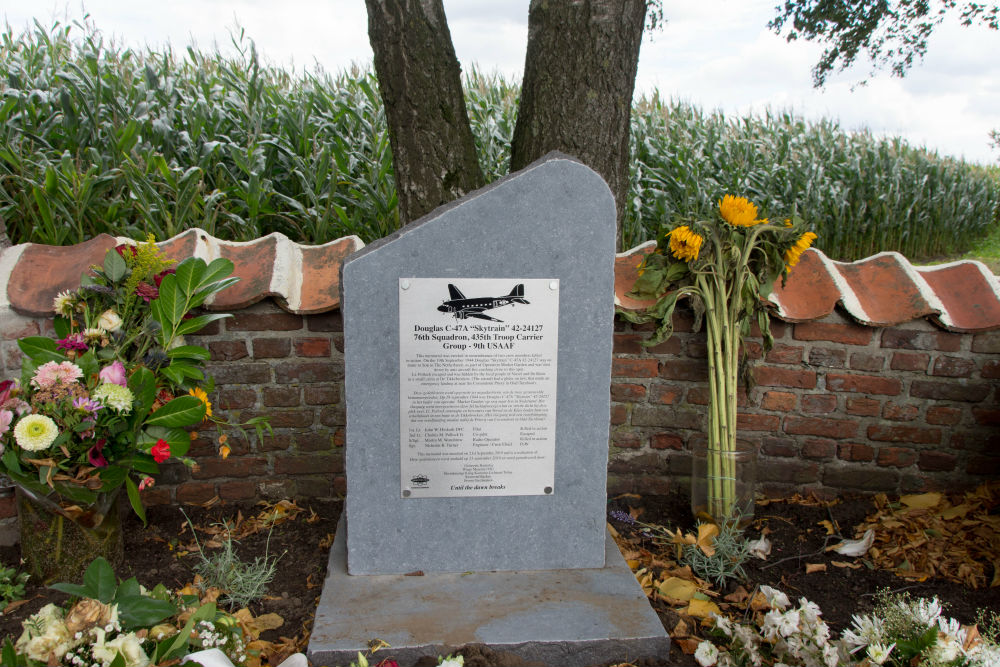 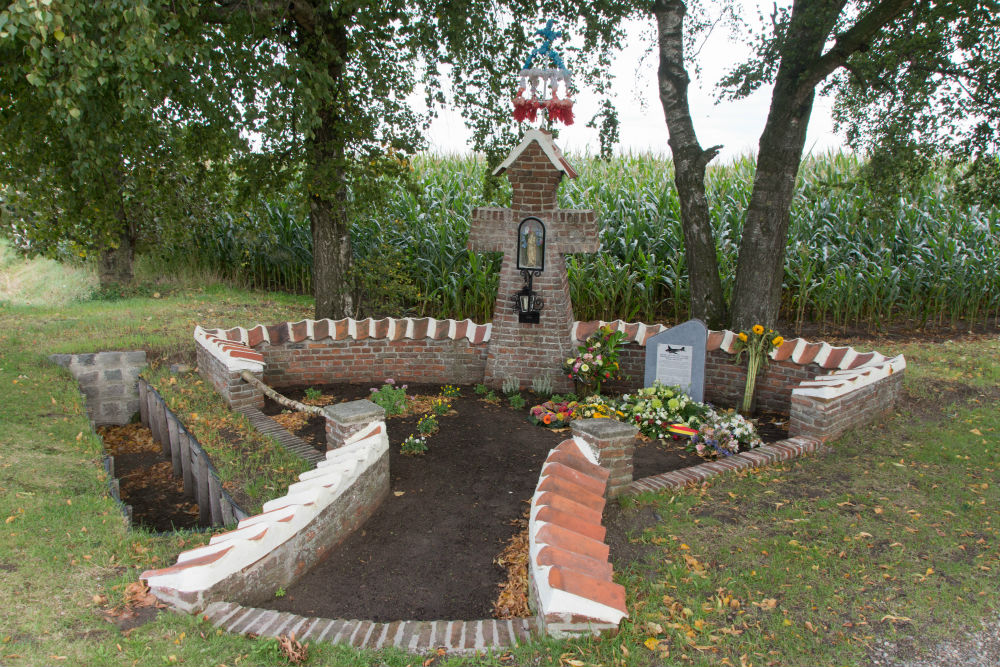 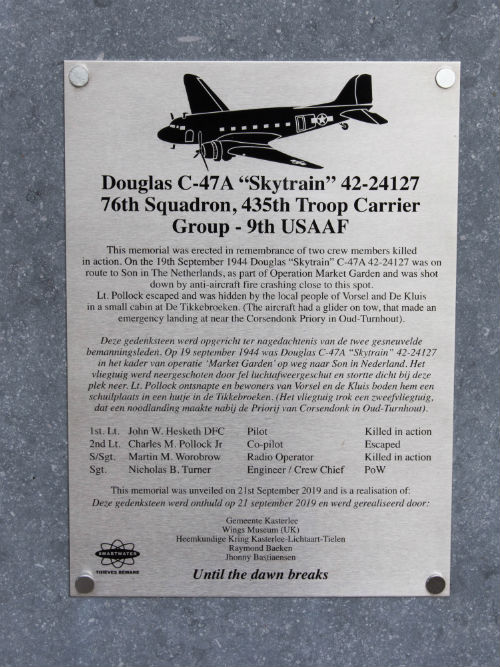 On September 21, 2019, there was the unveiling of a monument to a C-47 in Kasterlee that crashed here on September 19, 1944 as part of Operation Market Garden.

On September 19, 1944 the C-47 42-24127 belonging to the 76th Squadron 453th Troop Carrier Group of pilot Lt crashed here. John W. Hesketh down. These were en route to Son in the Netherlands in the context of the operation Market Garden. The aircraft drew a glider that could make an emergency landing for the Corsendonk priory in Oud-Turnhout.

After his escape, Pollock was taken care of by people from Vorsel and the Kluis and hidden there in a hut against the Tikkebroeken.

Later the men from Corsendonk's float were also transferred here.