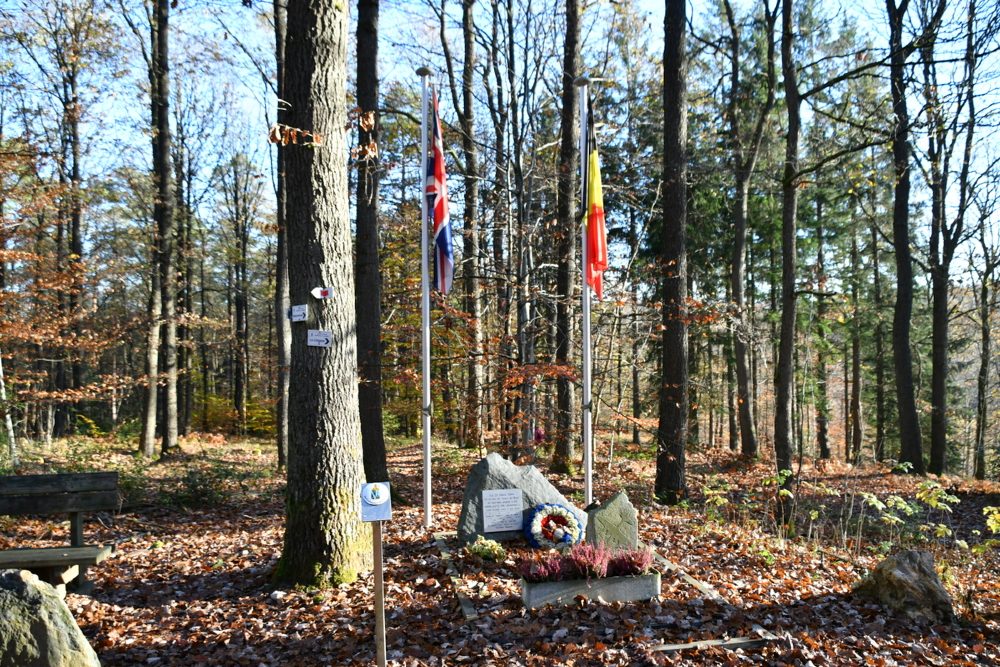 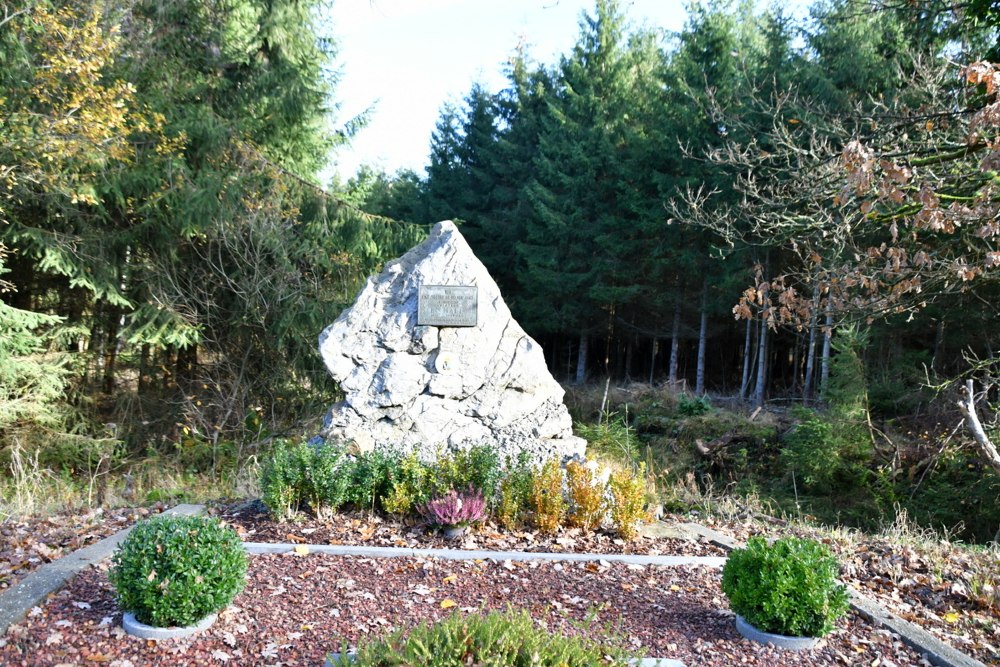 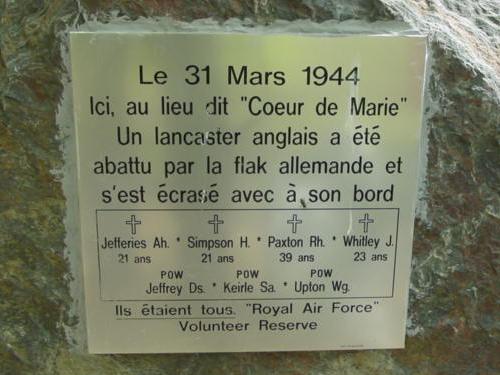 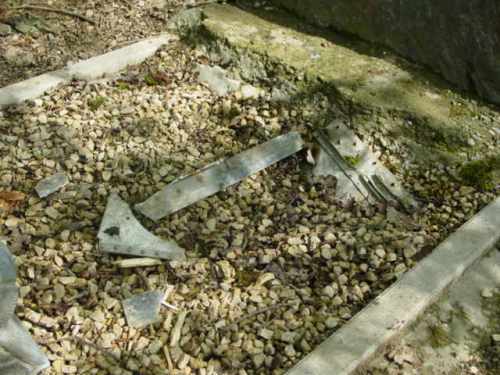 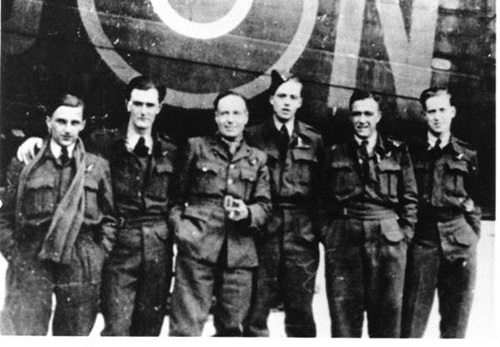 This memorial is located in the woods south of the lake of Gileppe. It commemorates the Lancaster LM425 which crashed here after being shot down by German FLAK, on it's way to Nuremberg on 31 March 1944.

There are also some remains of the aircraft on the memorial.

They are buried at the Commonwealth War Cemetery Heverlee.