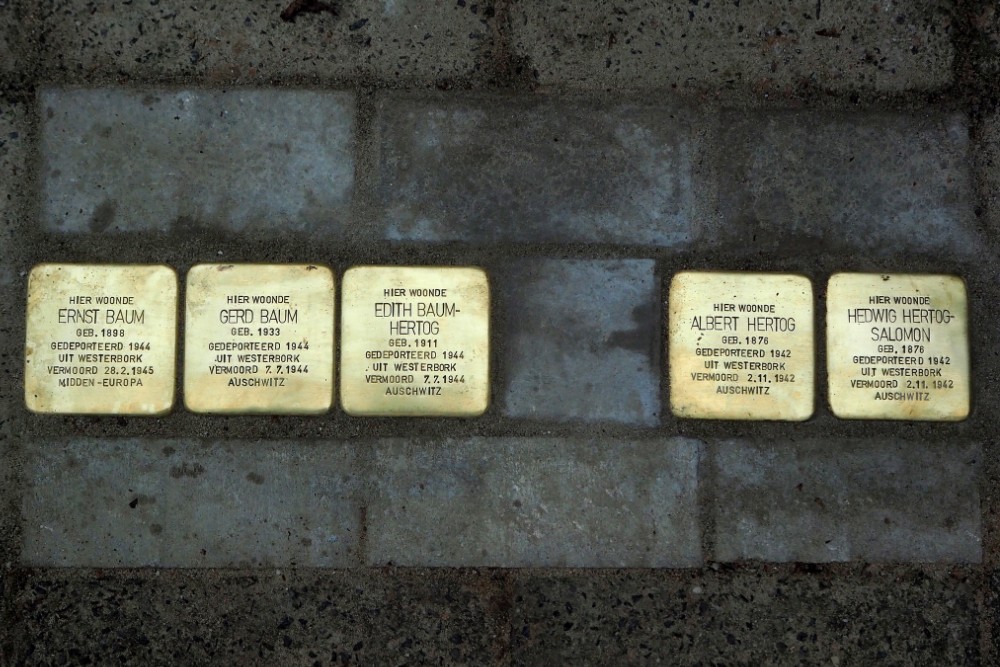 These memorial stones (so called Stolpersteine or stumbling blocks) commemorate the Baum and Hertog families (5 members), persecuted or murdered by the Nazis.