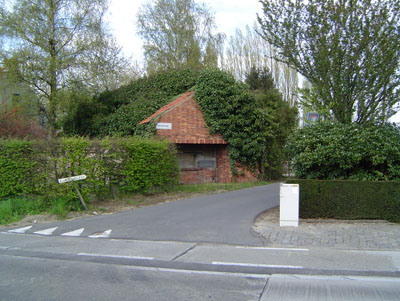 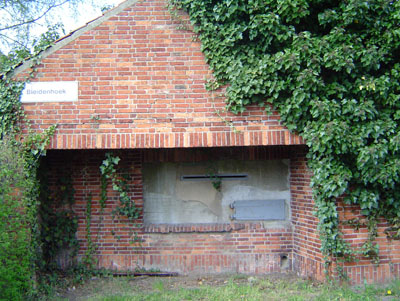 This bunker was built during the mobilisation in the years 1939 and 1940 and was part of the 80 kilometres long KW-line, also called 'iron wall'.

In the region of Duffel this line of defence existed of steel fences with two parallel lines of bunkers. This bunker was camouflaged as a civilian building and contained two machine-gun. It was part of an anti-tank defensive position wich was lying just behind the two lines of bunkers and was guarding the crossroads.