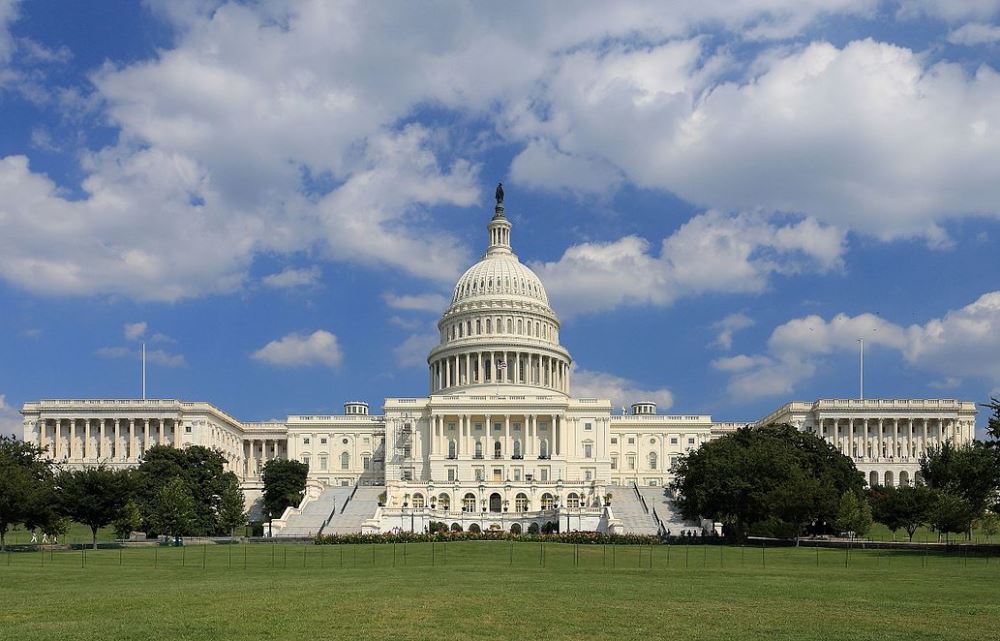 The United States Capitol, often called the Capitol Building, set on fire and partially destroyed by the British after the Battle of Bladensburg. The Battle of Bladensburg took place on 24 August 1814 between British and American troops. The battle was lost by the Americans, resulting in the capture of Washington and the burning of the government buildings.