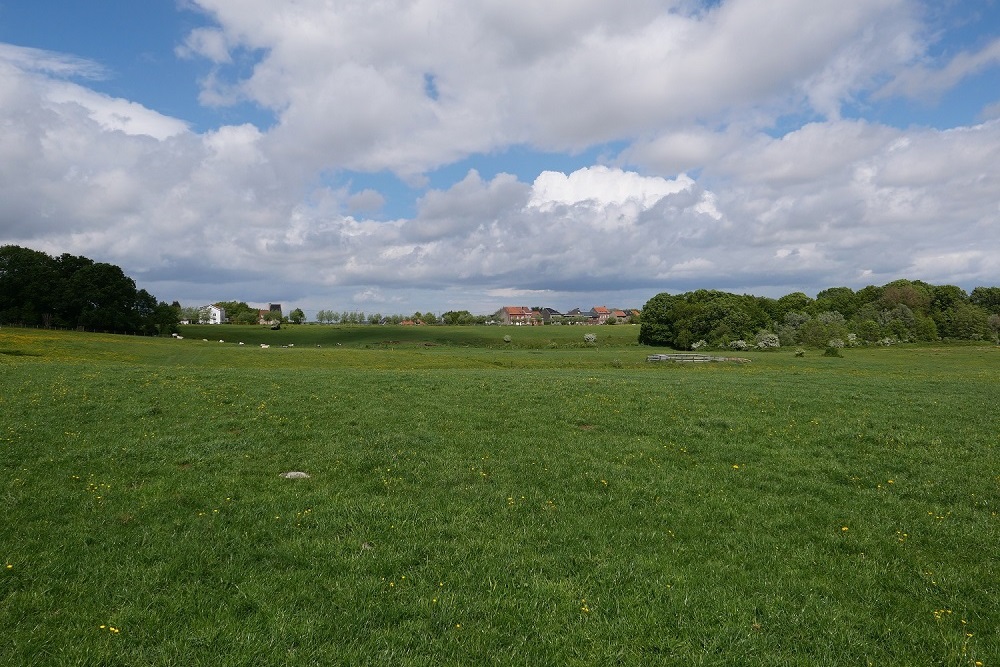 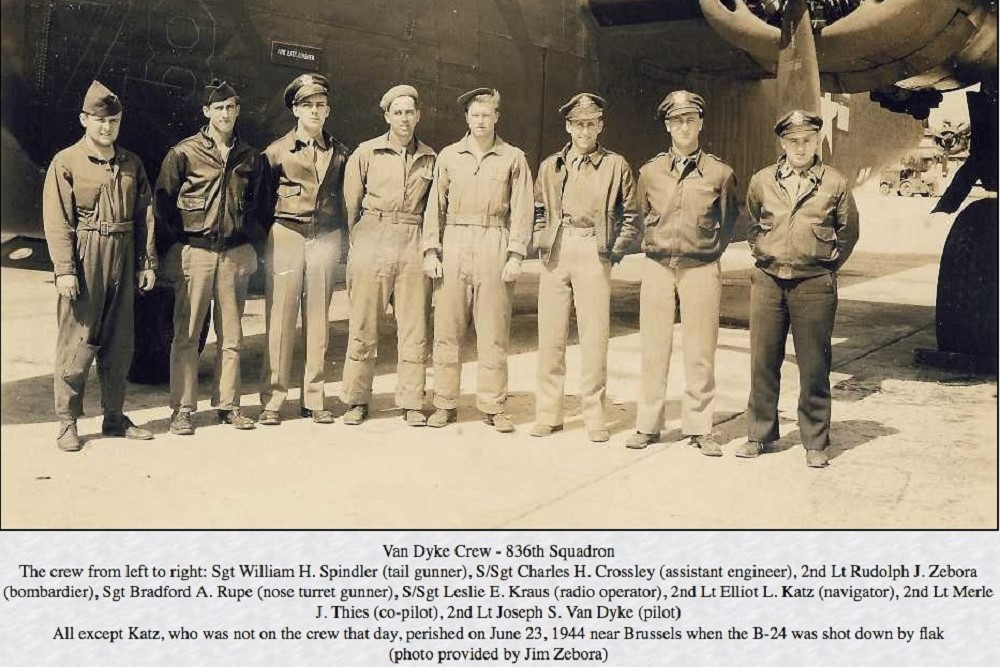 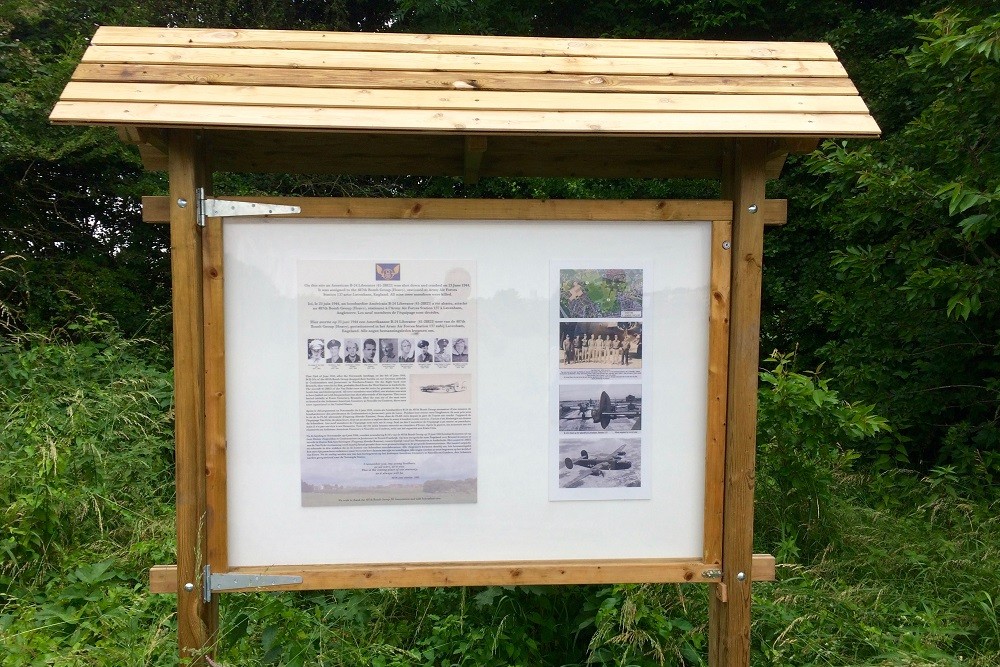 On June 23, 1944, at 8:40 PM, the B-24H 41-28822 of the 487th Bomb Group, 836 Bomb Squadron, of the Joseph S. Van Dyke crew, was shot down by flak on their way back from Coulumniers and Juvincourt. The plane crashed in the meadow of Scheutbos in the corner of Kasterlindenstraat and Palokestraat on the border of Sint-Jans-Molenbeek and Dilbeek, on the territory of Sint-Jans-Molenbeek. The nine crew members were killed, one boy was taken by a German captain to Saint Peter's Hospital in Saint-Gilles but died of head injuries.

In the meantime, a memorial in the form of an information panel has been erected at the above location and has been solemnly inaugurated with the mayor and aldermen of Molenbeek-Saint-Jean. (photo 3)

National Museum of the Resistance - Anderlecht