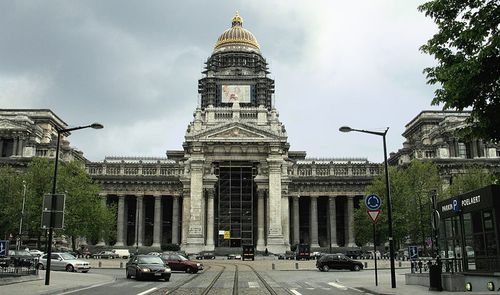 The Law Courts of Brussels has been built during the 19th Century. On June the 1st 1940, Hitler visited Brussels and was impressed by the Law Courts. 4 years later, on 3 September 1944, Brussels was liberated. But a few days earlier German troops set the building on fire to burn as many document as possibile. Hereby the dome collapsed. In the cellar the civilians found German food and luxury goods.