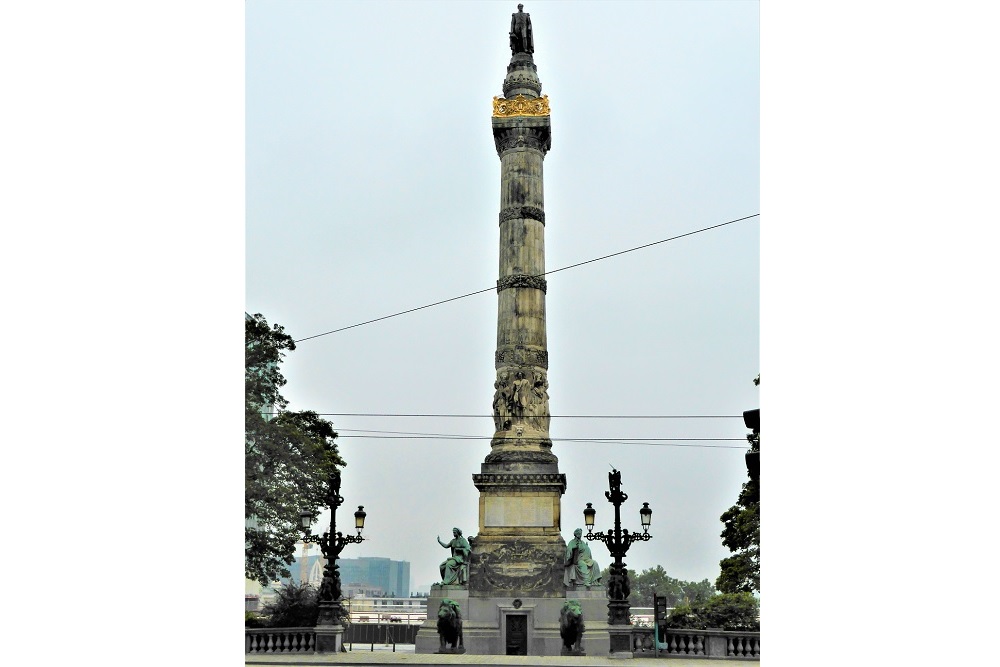 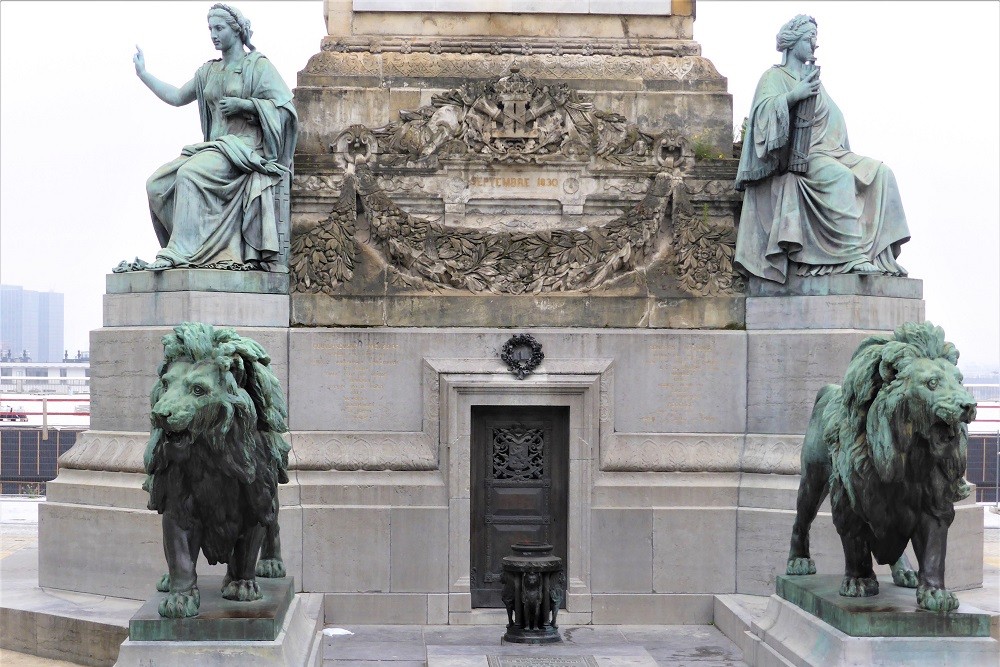 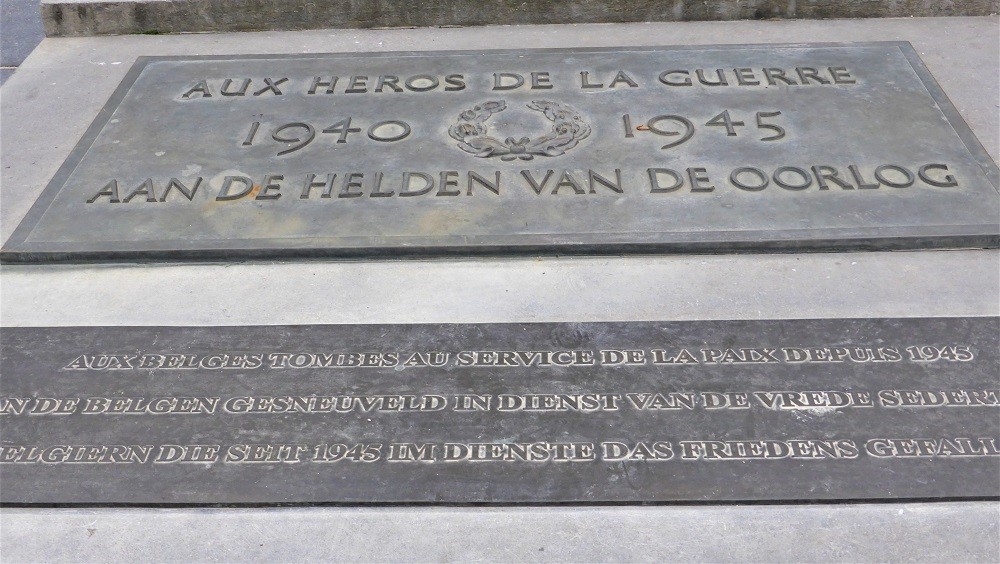 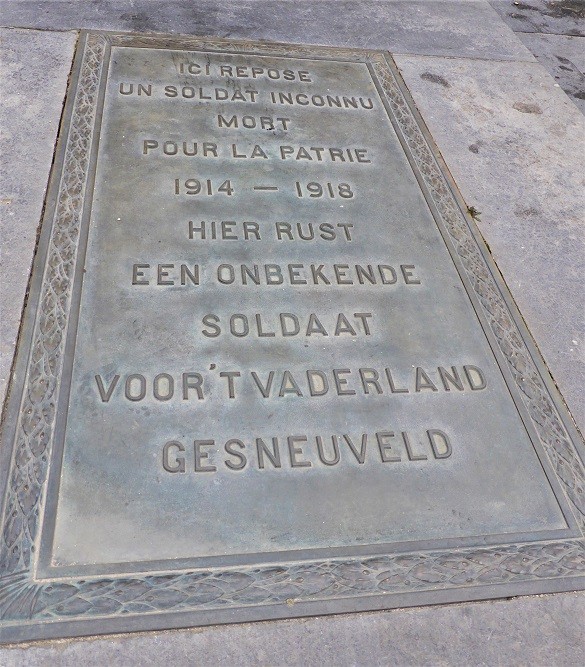 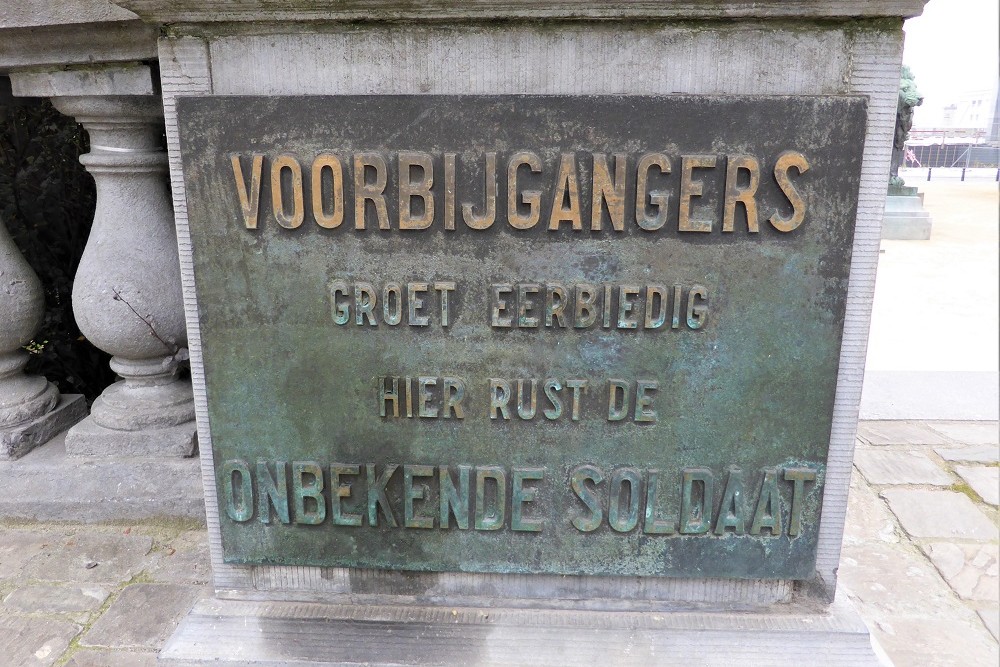 In 1850, on the occasion of the 20th anniversary of the National Congress and the drafting of the constitution of the young Belgium, the first stone was laid by King Leopold I.
The Brussels architect Poelaert inspired his design on the Trajan's Column in Rome. The column, with a height of 48 meters, is crowned with a five-meter-high bronze statue of Leopold I designed by G. Geefs. The sculpture is decorated with a gilded balustrade and finished with the initials of the first Belgian monarch.
On every corner of the plinth are allegorical images of women that symbolize the basic freedoms of the young nation (freedom of education, press, association and worship). Furthermore, the pedestal is decorated with sculpted pediments, which successively represent the arts, sciences, industry and agriculture. In addition, the names of the congressmen at the time and the main articles of the constitution are scattered on the sides of the plinth, along with the four most important dates from the early history of young Belgium. At the bottom are nine figures representing the nine Belgian provinces of yesteryear. A tenth figure, placed in front, represents the personification of "the Genius of the Kingdom."
Two impressive bronze lion sculptures sit in front of the pedestal.

On November 11, 1922, the congressional column was given a new capacity. Following in the footsteps of several neighboring countries, Belgium also wanted to pay tribute to its fallen soldiers from the First World War. Between the two lions, the remains of an unknown soldier were buried in a burial vault under an engraved memorial plaque. A brazier with an "eternal" flame should keep the memory forever.

Later this symbolic meaning was extended to all other victims of conflict, military missions, wars and peacekeeping missions. Undeniably, the congress column of a commemorative monument referring to the origin of Belgium has become a symbol that makes us think about the madness of armed conflicts and wars ...