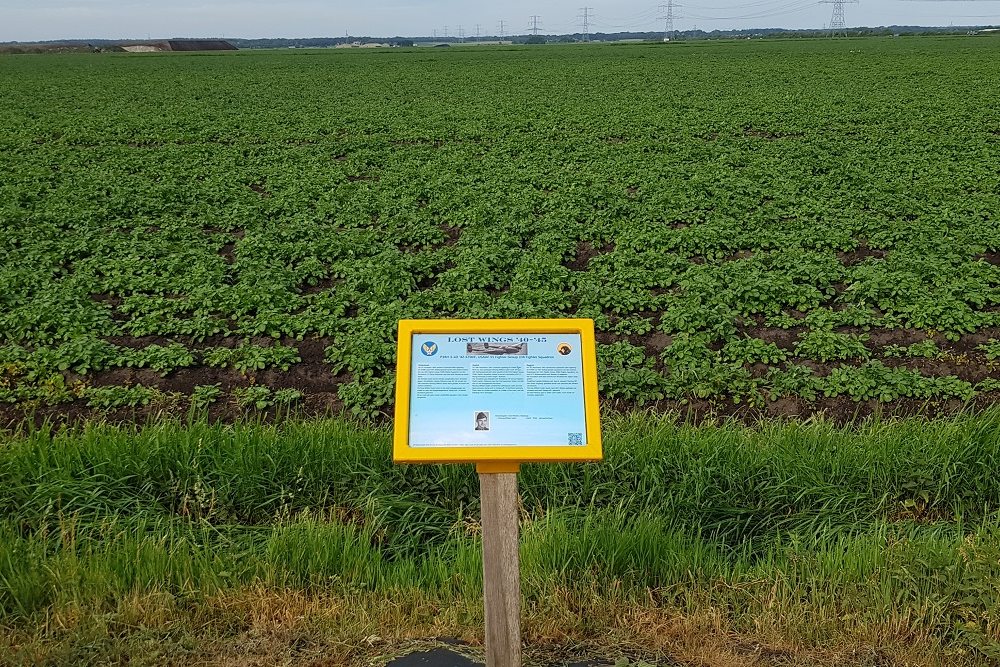 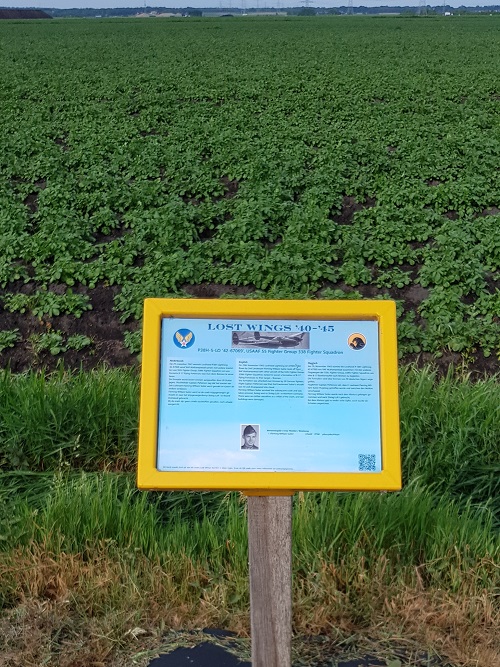 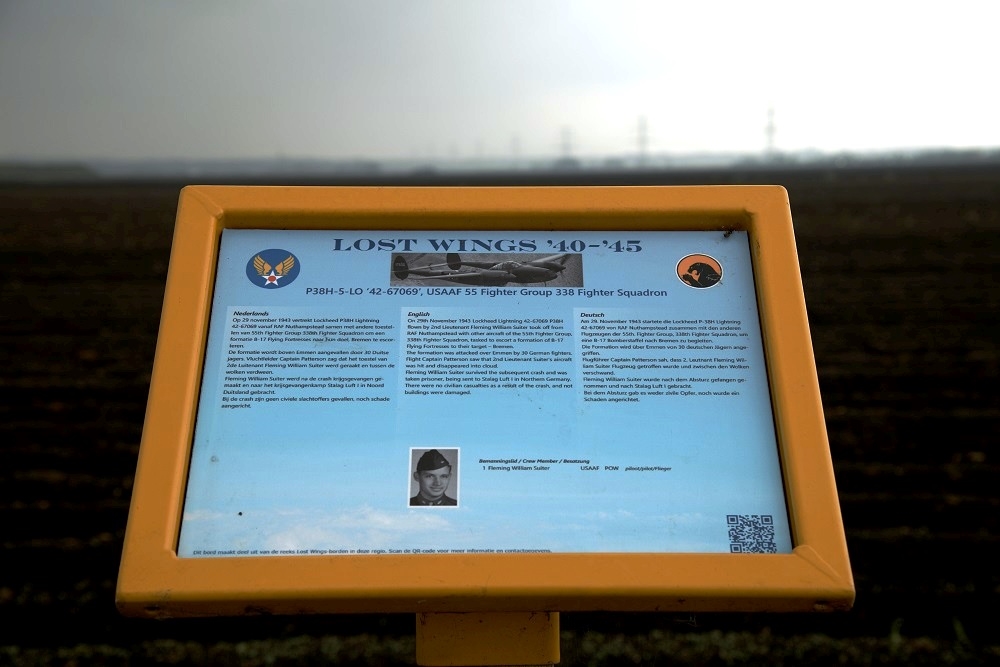 On 29th November 1943 Lockheed Lightning 42-67069 P38H flown by 2nd Lieutenant Fleming William Suiter took off from RAF Nuthampstead with other aircraft of the 55th Fighter Group, 338th Fighter Squadron, tasked to escort a formation of B-17 Flying Fortresses to their target  Bremen. The formation was attacked over Emmen by 30 German fighters. Flight Captain Patterson saw that 2nd Lieutenant Suiters aircraft was hit and disappeared into cloud. Fleming William Suiter survived the subsequent crash and was taken prisoner, being sent to Stalag Luft I in Northern Germany. There were no civilian casualties as a result of the crash, and not buildings were damaged.