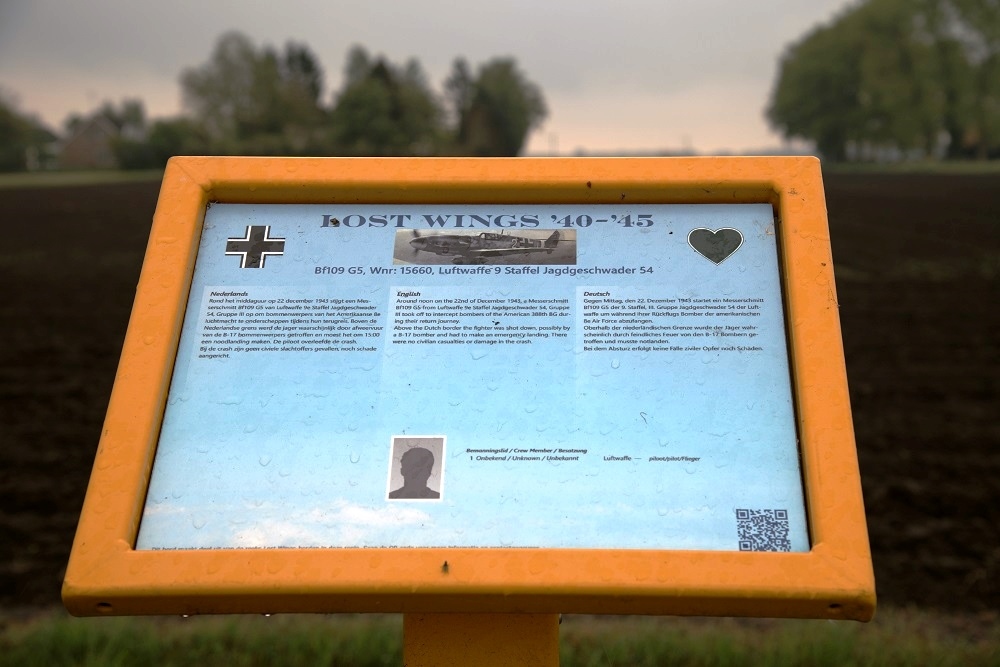 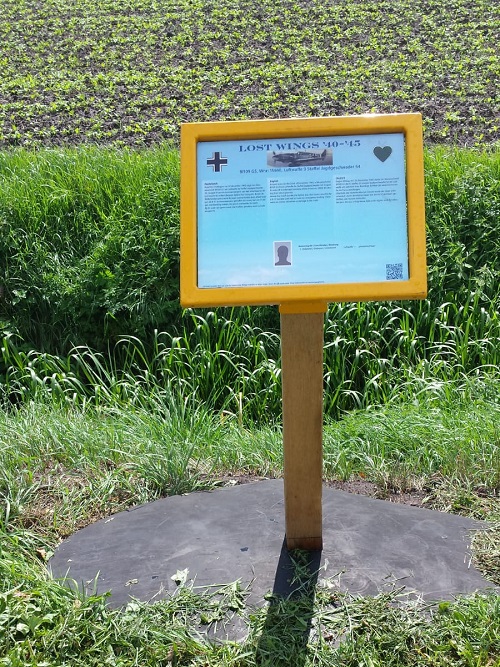 Around noon on the 22nd of December 1943, a Messerschmitt Bf109 G5 from Luftwaffe 9e Staffel Jagdgeschwader 54, Gruppe III took off to intercept bombers of the American 388th BG during their return journey. Above the Dutch border the fighter was shot down, possibly by a B-17 bomber and had to make an emergency landing. There were no civilian casualties or damage in the crash.