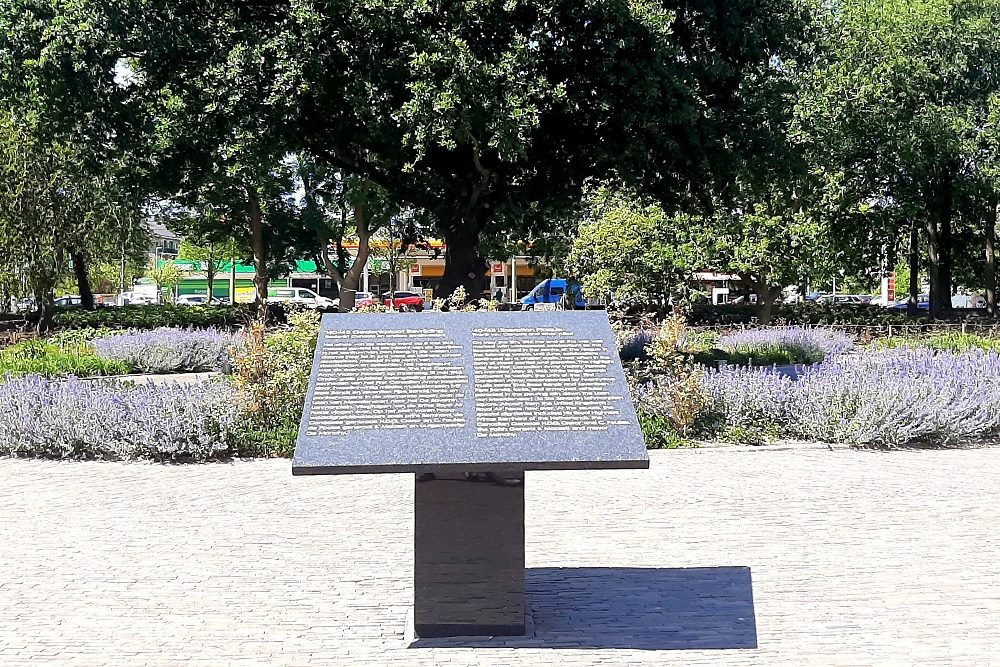 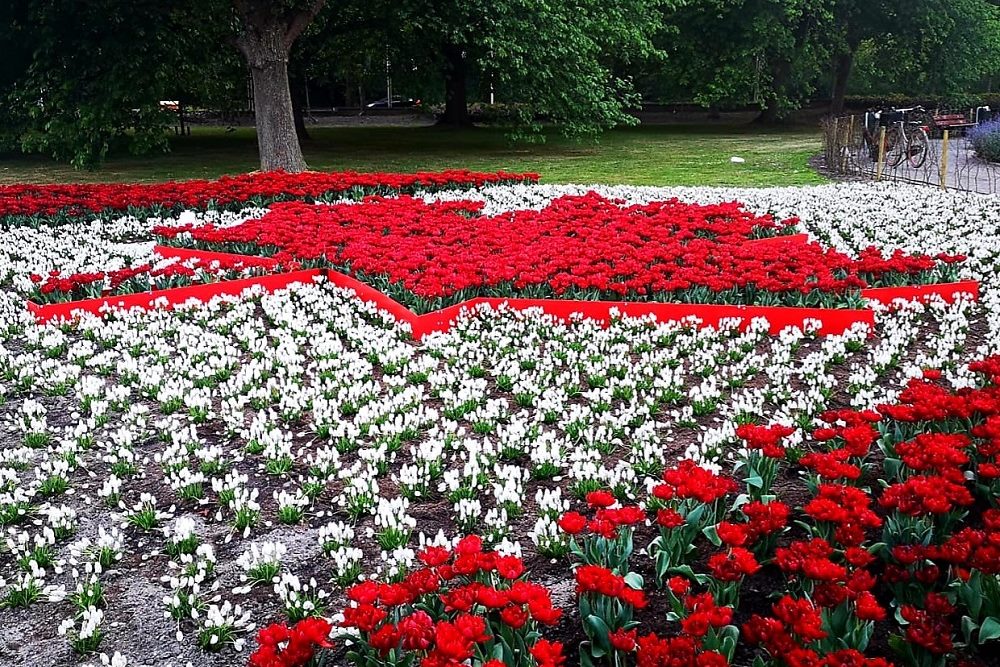 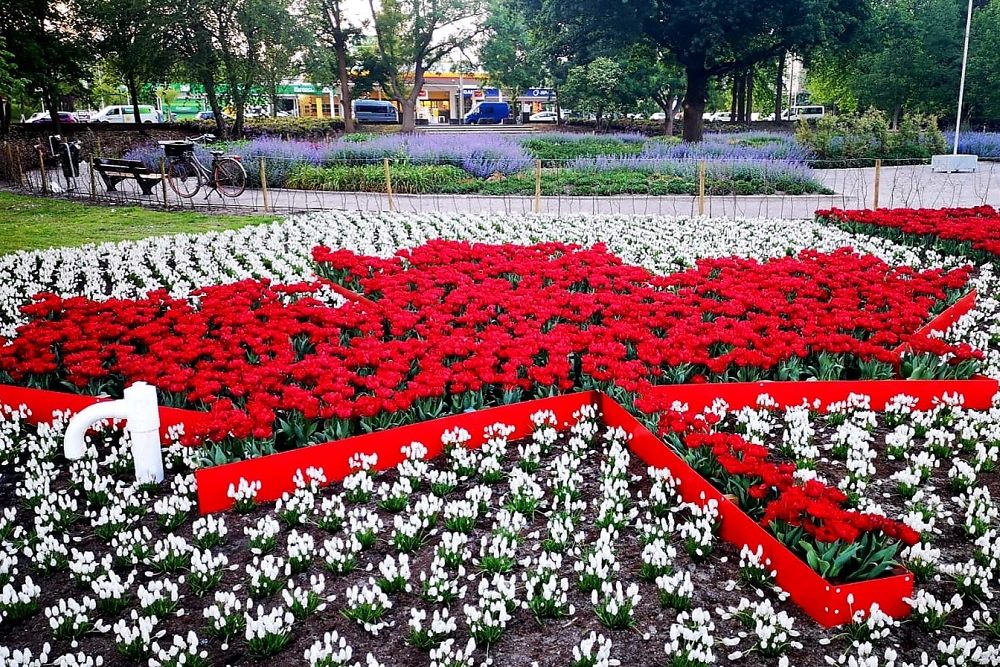 This monument was unveiled on May 21, 2020 in memory and thanks to the Canadian soldiers. Exactly 75 years earlier, a victory parade passed through The Hague and this street. In a procession of about ten thousand First Canadian Army soldiers, with tanks, Jeeps and armored cars, they drove through the Laan van Meerdervoort, accompanied by 16 Pipe bands and five Brass bands. Prince Bernard took the parade, and Canadian General Foulkes, Polish General Mazrek and Mayor de Monchy were also present. A formation of the Royal Air Force flew over.
This memorial commemorates the commitment of the Canadians and the impressive victory parade.
The flower beds that have been laid out consist of tulips and grapes in the colors of the Dutch and Canadian flags. Maples (Maple leaf), the symbol of Canada, have been planted behind the new memorial stone.