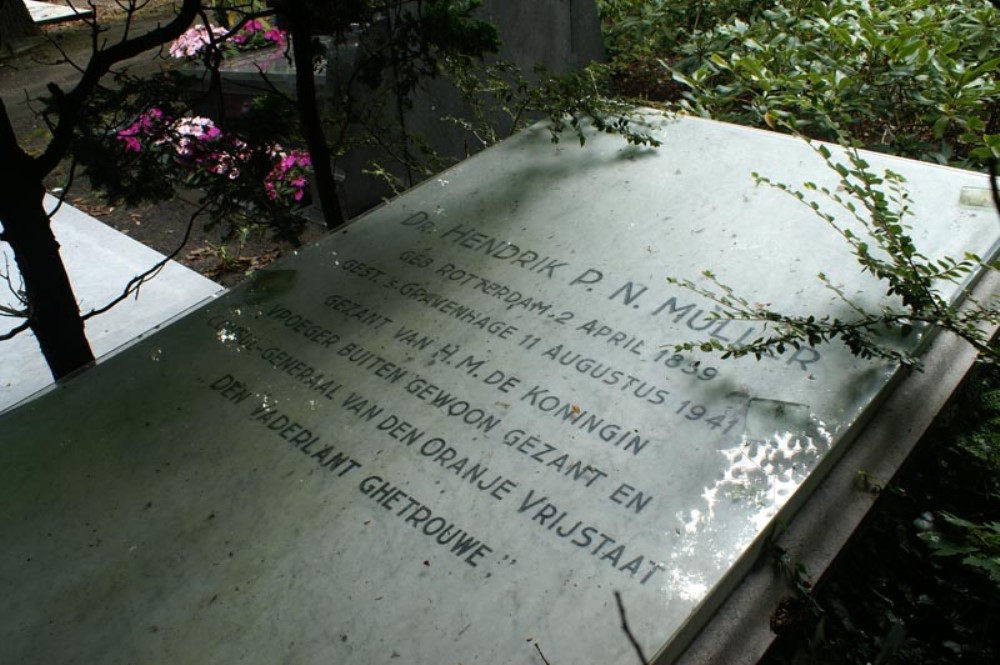 On Oud Eik en Duinen cemetery are the graves of two Dutch prime minsters in wartime:

On the Cemetery Oud Eik en Duinen in The Hague is the grave of Hendrik Pieter Nicolaas Muller (H.P.N. Muller, 1859-1941). In 1896, he became the Dutch consul in the Orange Free State. After his return to the Netherlands, the South African War (2nd Boer War) broke out. He mobilised public support in the Netherlands, Germany and the United States of America for the Boer cause and had public gatherings organised. He also provided many publications in various newspapers. In 1901 he traveled to the United States to mobilise support from President Theodore Roosevelt and the American people, especially for the women and children in the British concentration camps.