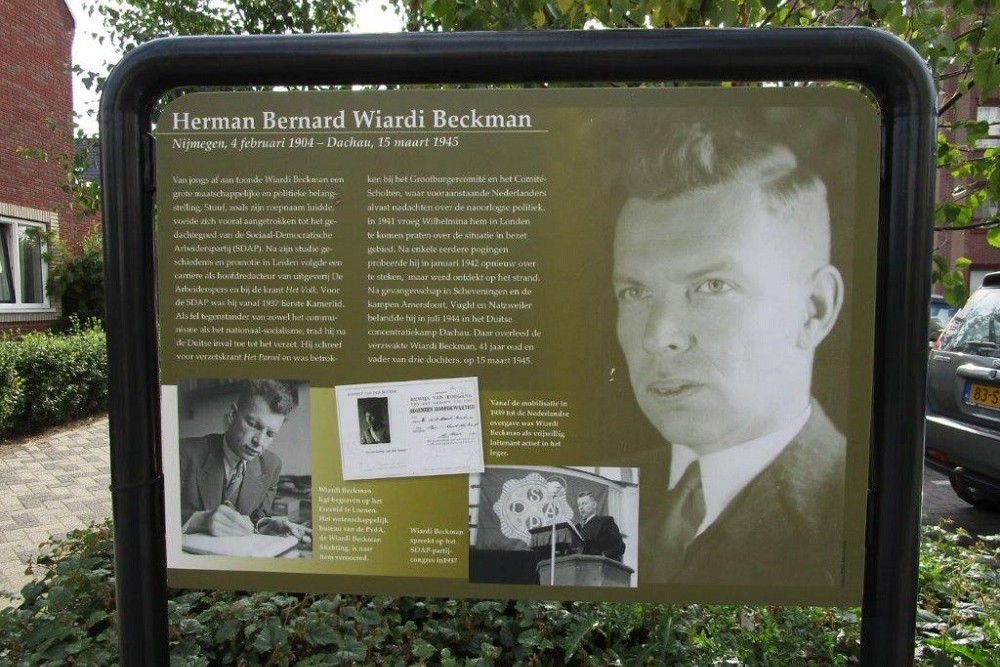 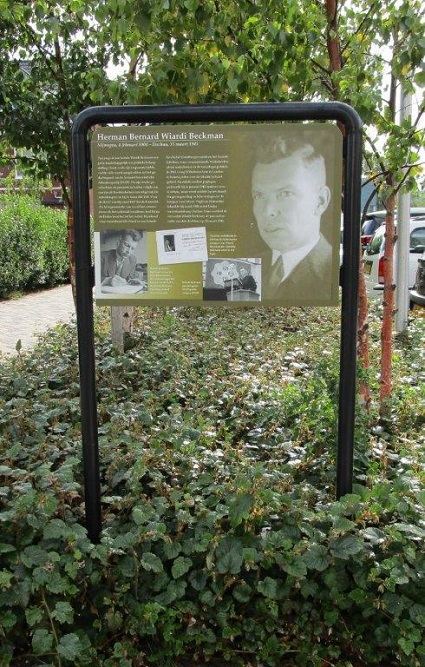 Herman Wiardi Beckman was a historian, journalist and Member of the Senate. In the 1930s, Wiardi Beckman warned of the danger of National Socialism and Fascism.
Wiadi Beckman volunteered to join the military during the mobilization. During the war he worked for the illegal press. Queen Wilhelmina asked him in 1941 if he would like to be part of her war cabinet in London. Before he left to London, the company was betrayed. Wiardi Beckman ended up in Natzweiler concentration camp. In July 1944 he was transferred to Dachau, where he died on March 15, 1945 from typhoid fever. Despite warnings, he had taken it upon himself to nurse the sick in the camp.