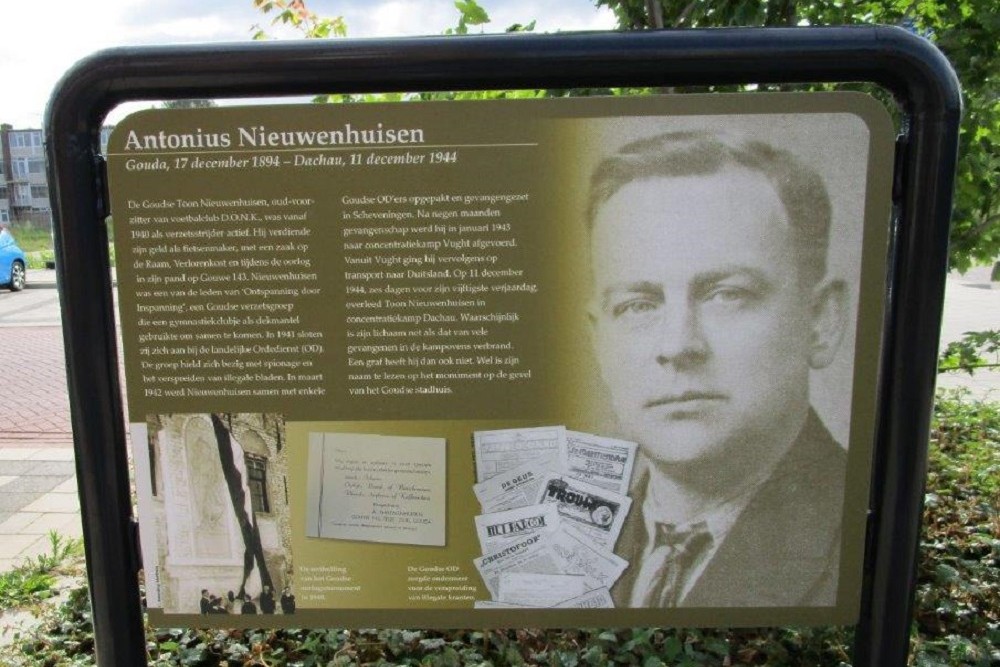 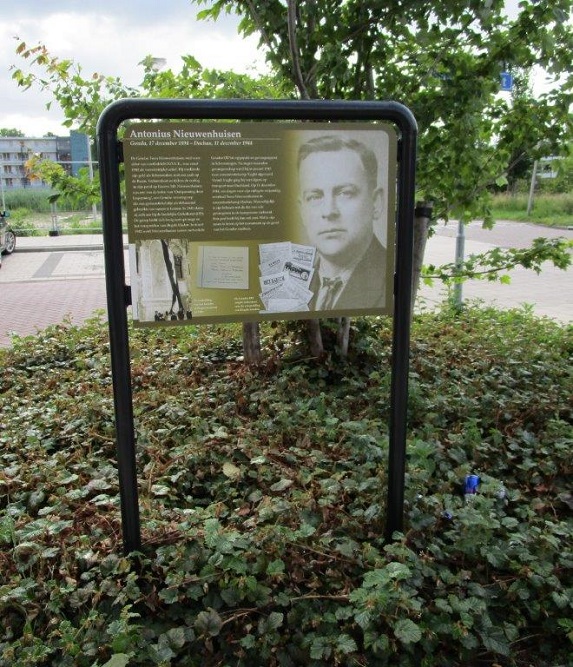 Antonius Nieuwenhuisen had been a member of the Order Service since 1940. He had a bicycle shop in Gouda that was used as a meeting place for discussions during the occupation. As a result of treason, Nieuwenhuisen was arrested on March 13, 1942. After his stay in several camps in the Netherlands and Germany, he died on December 11, 1944 in the Dachau concentration camp.