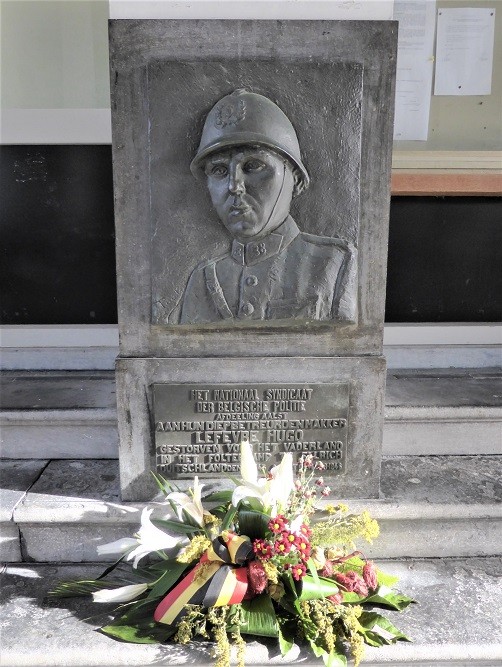 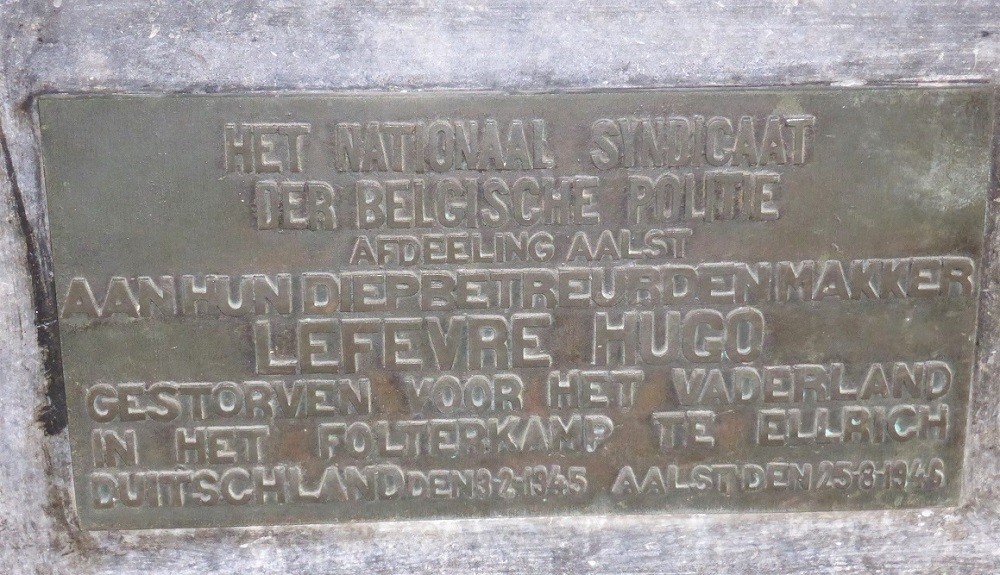 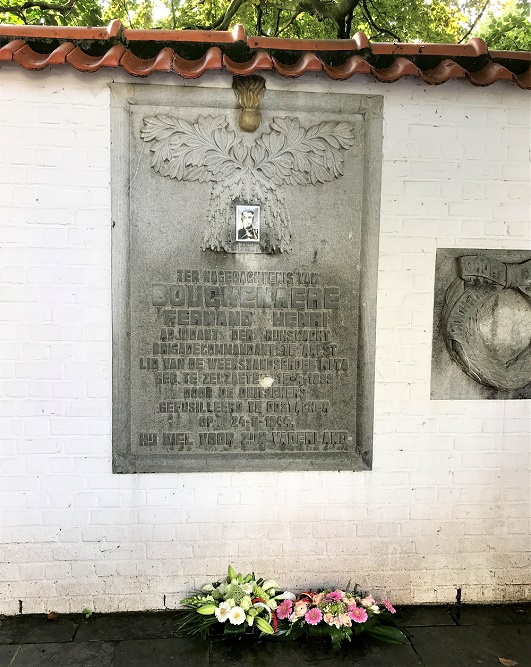 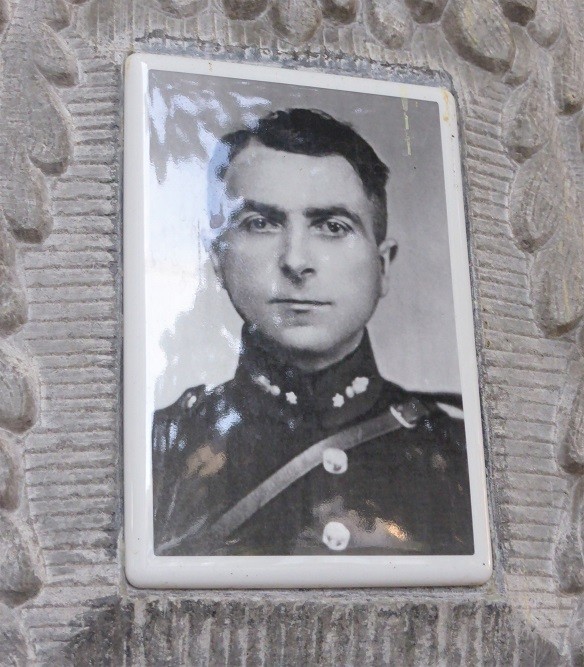 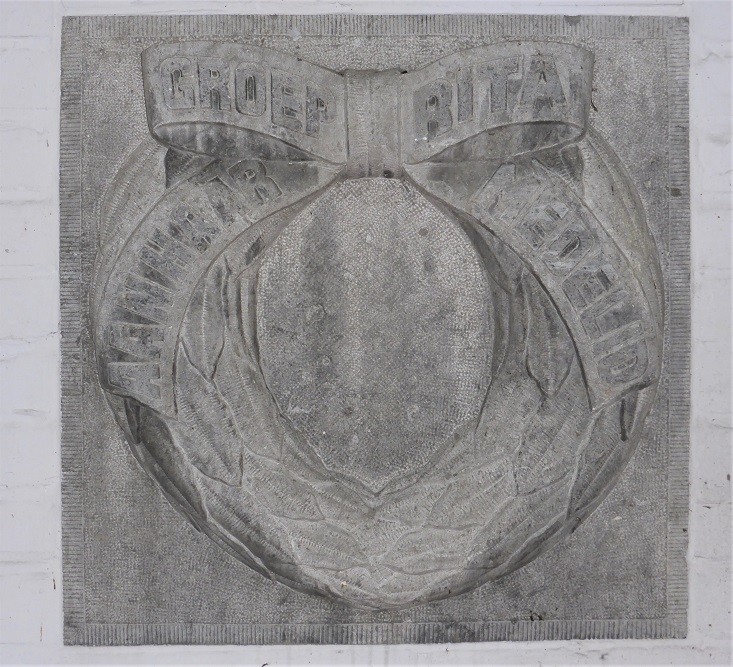 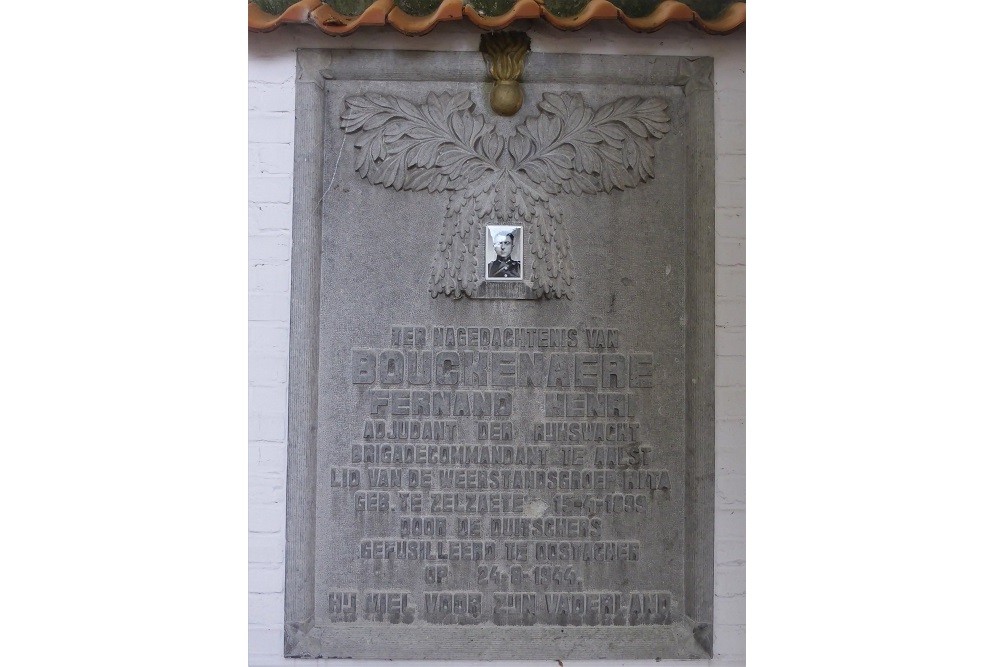 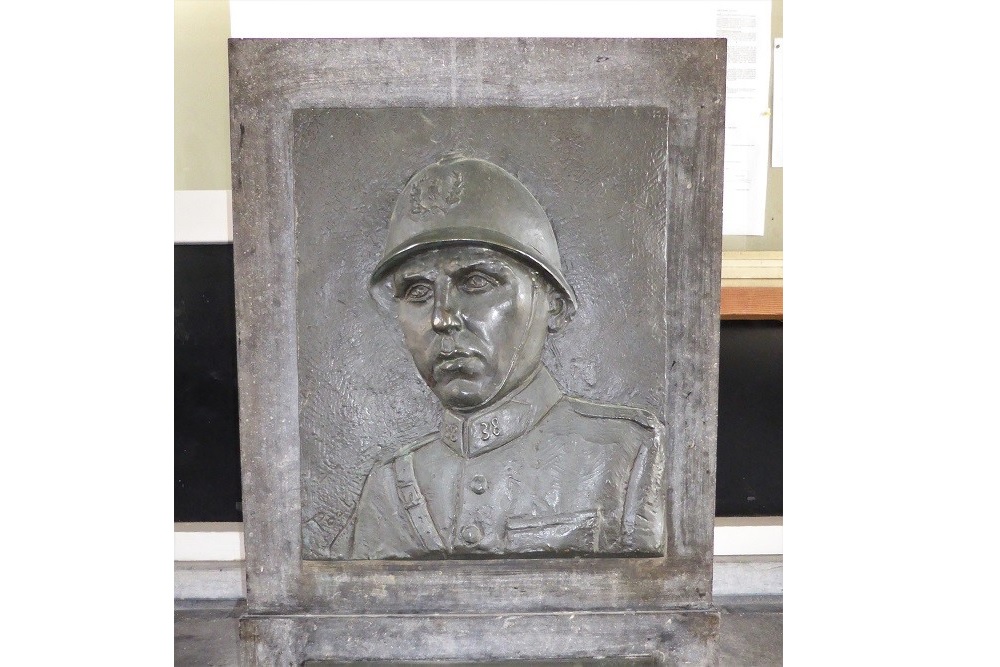 At the entrance of the old town hall there is a memorial plaque for Hugo Lefèvre.

Hugo Lefèvre (1911-1945) was actually a carpenter, but he become unemployed before the war. So he chose a career with the police. On January 4, 1944, he had to stand guard in the hospital with resistance fighter Max Sziffer who had been shot in the leg by a member of the Gestapo shortly before.
However, the Aalst resistance movement "Groep Rita" had chosen that day to free Sziffer from the hospital and transfer him to Brussels. The whole operation only takes a few minutes, the gun of Lefèvre is taken from him. But Sziffer is safe.
On February 17, 1944, he was charged with monitoring the power plant. There he is taken by 2 Germans and after a search at his house he is arrested by the German occupier. Lefèvre explains to his wife that he does not know why.
He spent 3 months in prison in Ghent and was then transferred to Buchenwald, then to Hartzungen and Ellrich. There he has to dig underground spaces to manufacture V-bombs. The prisoners live in inhuman and pitiful conditions. He is hospitalized there and dies 2 days later. According to camp data, he died on February 3, 1945 in Ellrich and burned on February 4.

Fernand BOUCKENAERE, gendarmerie by profession, couldn't accept the German occupation. He joined the local resistance movement "Group Rita" and passed info to the Patriotic Militias.
Through his input he saved the lives of hundreds of citizens of Aalst.
At the end of the war, he was betrayed and arrested by the Germans. Despite torture and imprisonment, he never betrayed his companions and homeland. He was sentenced to death and executed in Oostakker on August 24, 1944.

The plaque hangs against a wall in the backyard of the old town hall.
Next to the plaque is a memorial stone of the resistance movement "Groep Rita".