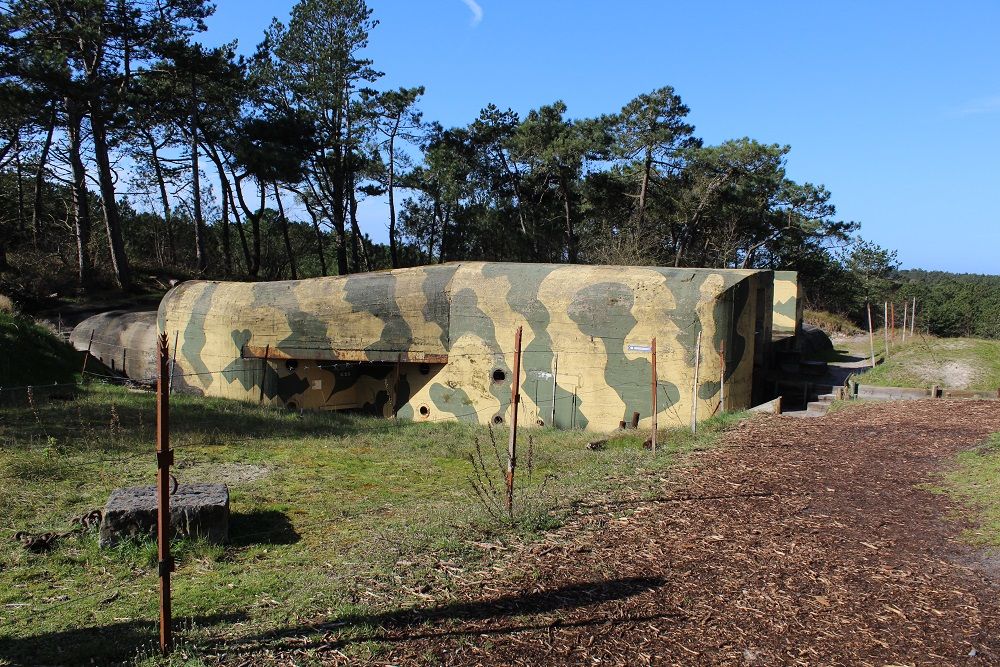 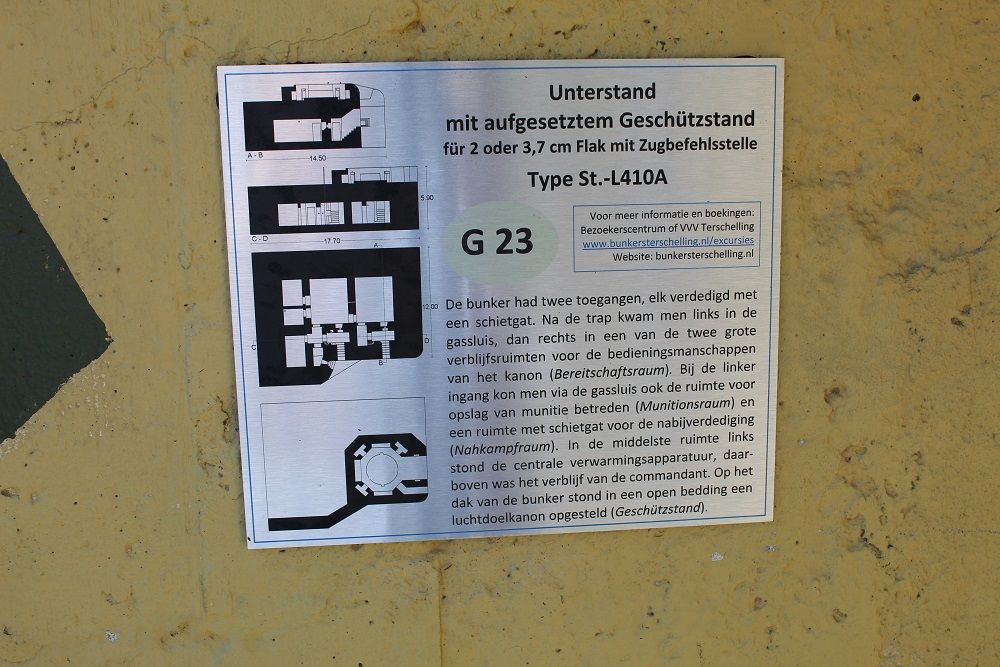 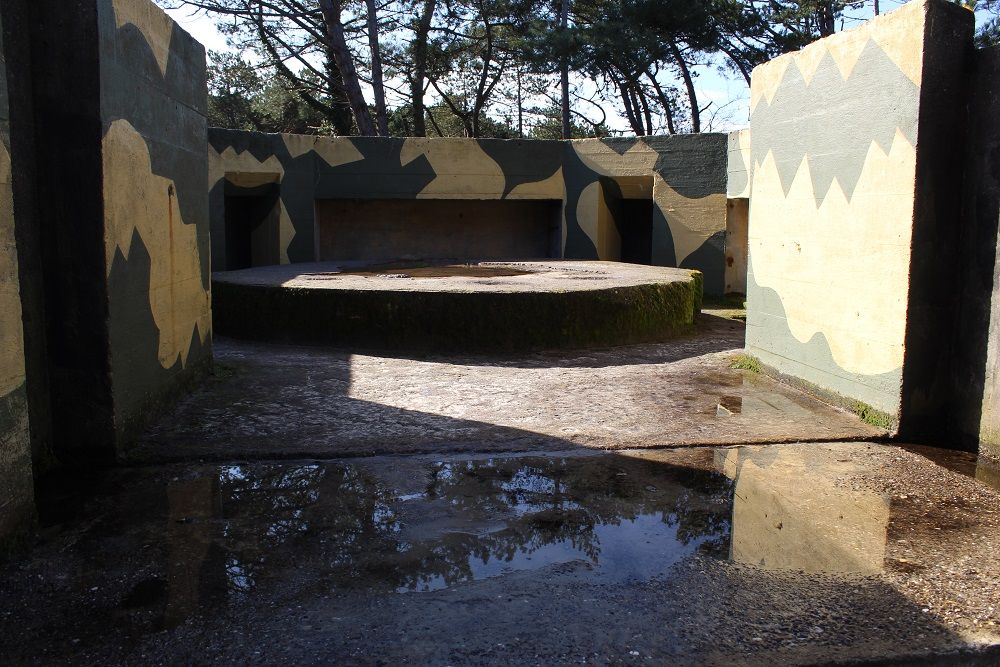 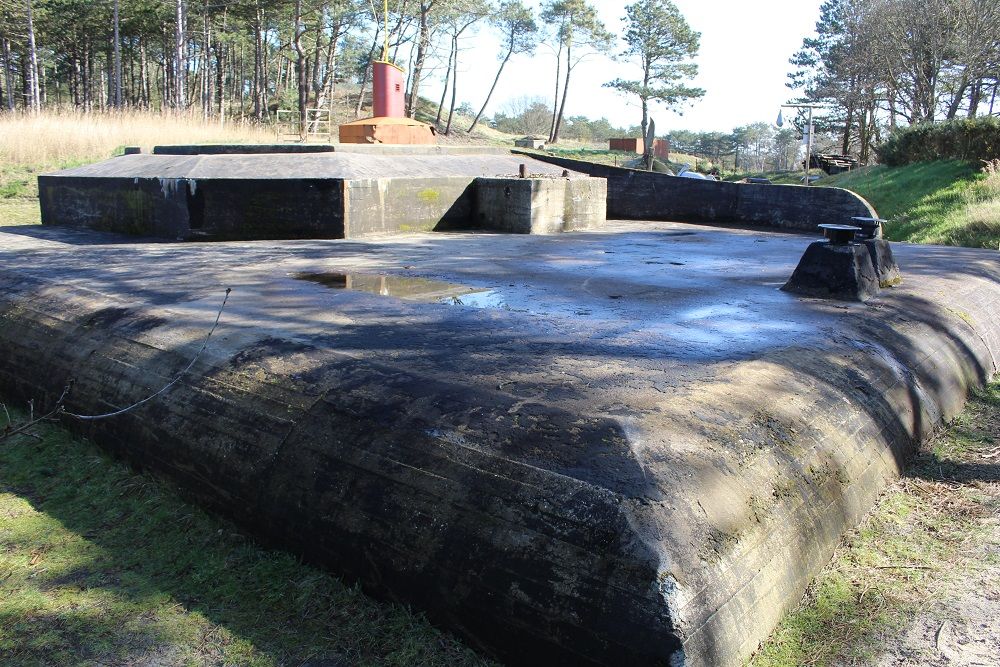 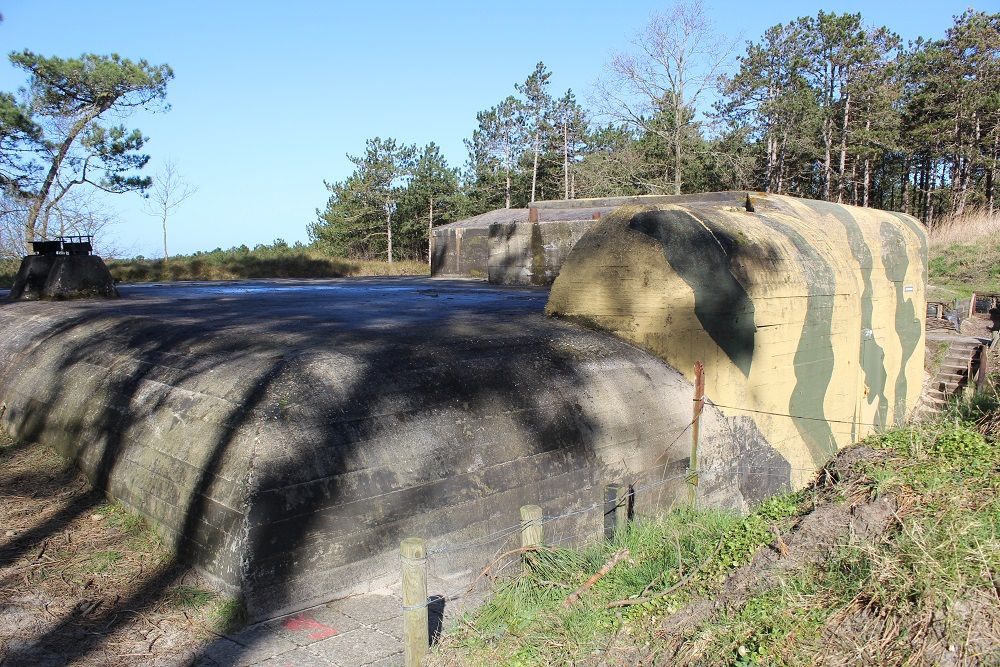 Also known under the name Key Bunker type L410A. Outside Terschelling there was only such a bunker in Den Helder.
Originally known as "Unterstand mit aufgesetzten Geschützstand 2 cm / 3.7 cm Flak mit Zugbefehlstelle" manned with a commander, 6 officers and 9 enlisted men. A bunker of 2 meters thick reinforced concrete and on top of a gun bed.

Currently, the bunker is partly furnished as it looked in times of war. Various types of ammunition boxes are stored in the ammunition depot. The commander's residence is also furnished. During these excursions you can view this bunker from the inside.