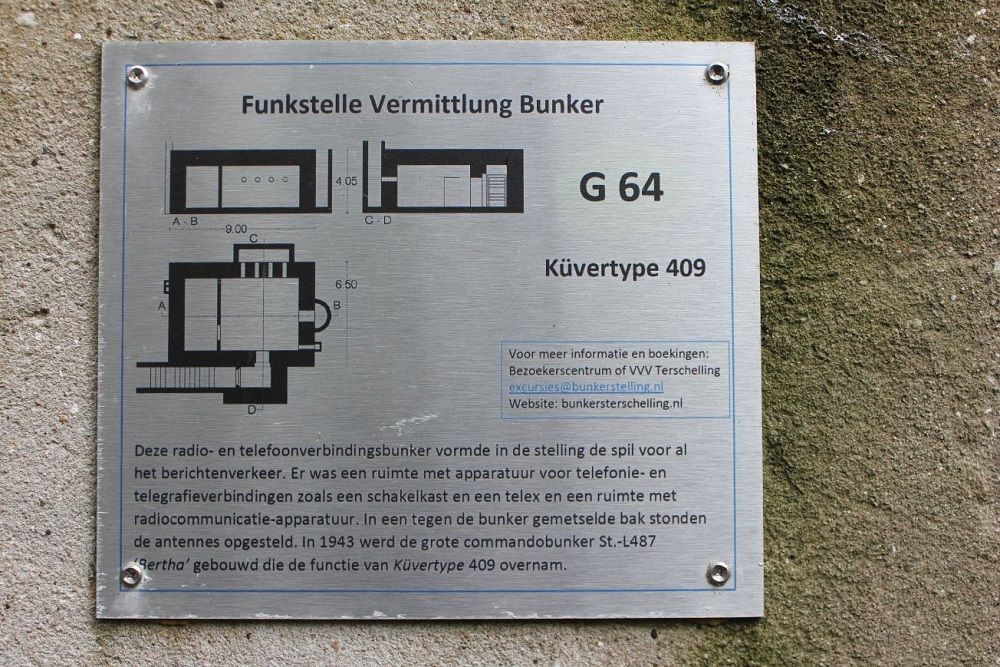 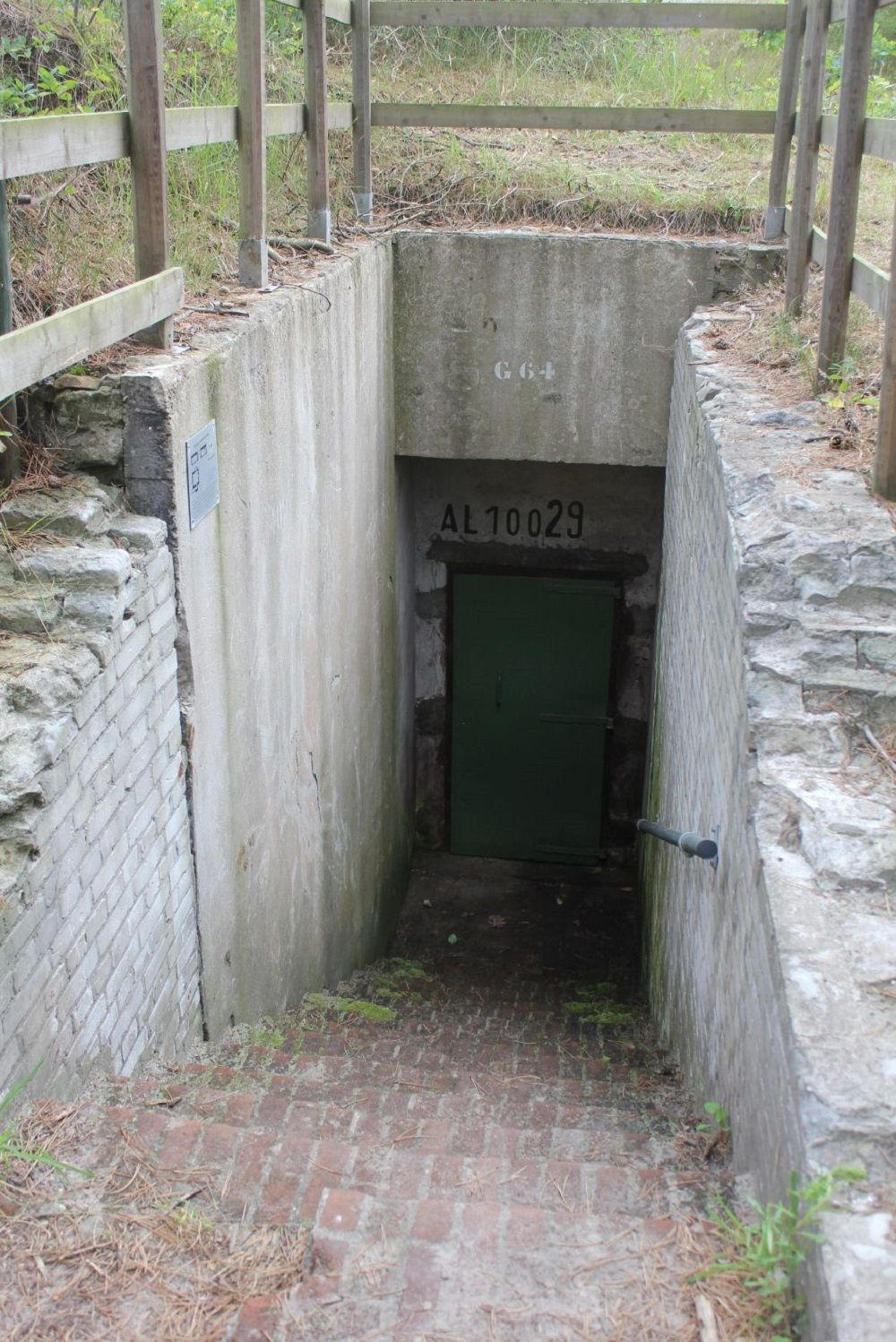 This radio and telephone connection bunker formed the hub for all message traffic. There was a room with equipment for telephony and telegraph connections such as a switch box and a telex and a room with radio communication equipment. The antennas were placed in a box bricked against the bunker. In 1943 the salute command bunker St-L487 "Bertha" was built which took over the function of Küvertype 409.