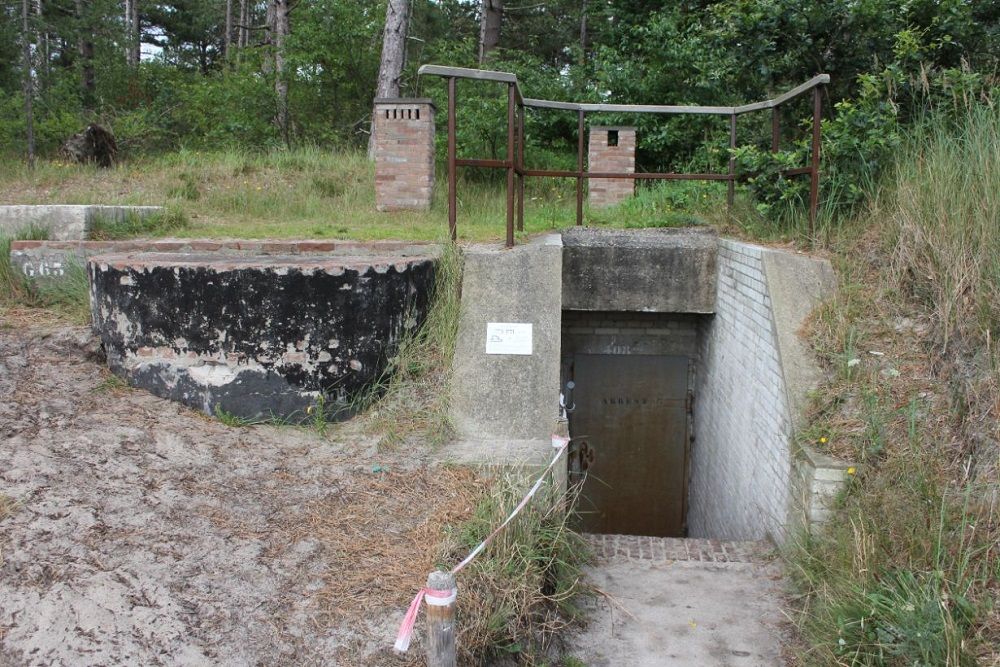 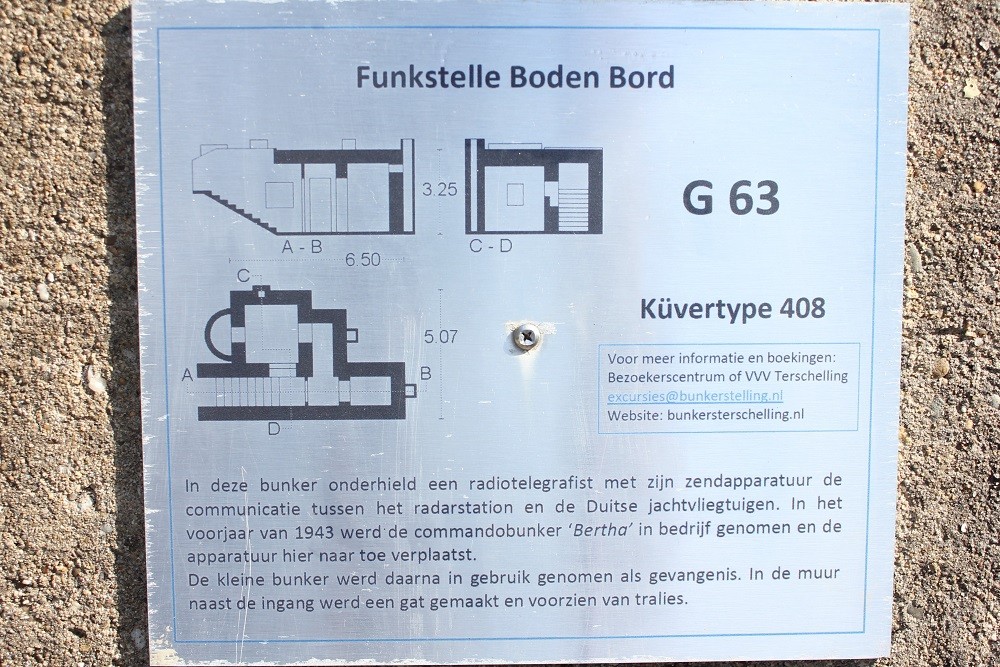 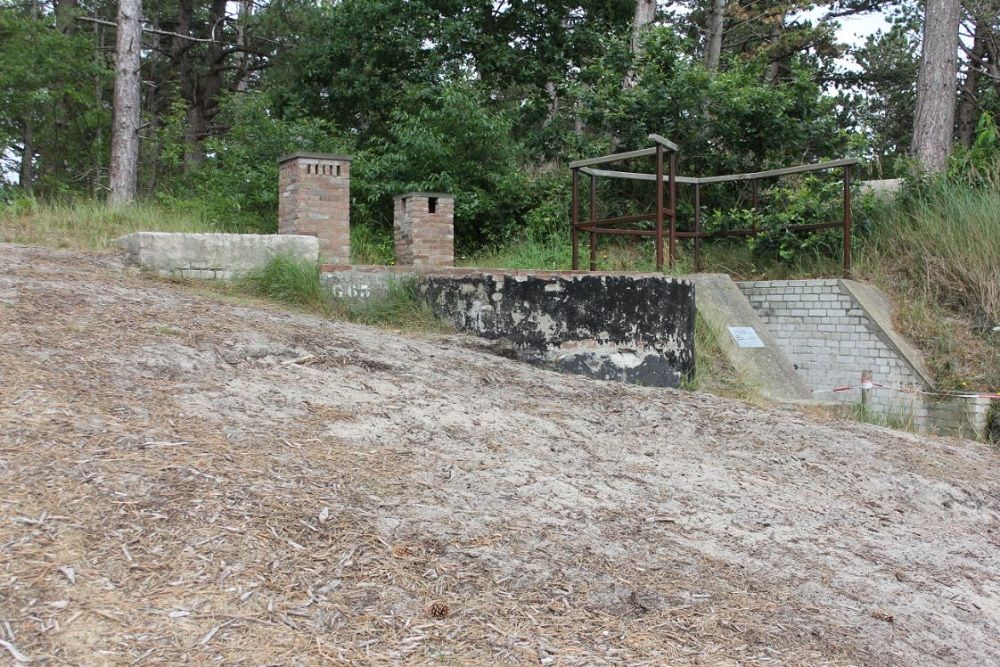 The prison bunker belongs to the bunker type, Küver 408 Funkstelle.
Before it started to function as a prison, radio communication was housed in this bunker. In the bunker, a radio operator with his radio equipment maintained communication between the radar station and the aircraft.

The original name was Funkstelle Boden-Bord, type 408.
This bunker was standard made of one meter thick concrete, but the Tigerposition has a variant with less thick walls of masonry.

When the large Bertha bunker came into use in 1943, all telephone and radio connections were transferred to this bunker. The G63 was then fitted with a lattice window and used as a prison. It included soldiers who had misbehaved, such as drunkenness and fights. The fact that this prison was used well can be seen from the many texts that the German prisoners left on the brick walls.