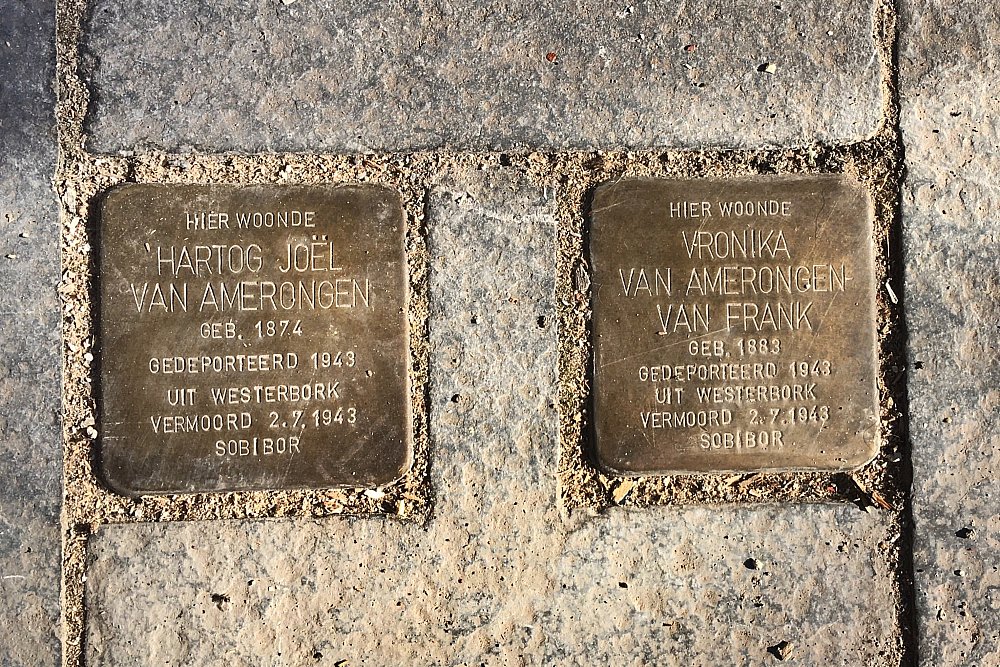 Hartog Joël van Amerongen and Vronika van Frank married and had 3 children. The parents owned a jewelry store in Leiden, selling gold and silver items. In February 1941, Vronika yelled at two boys from an NSB (Dutch national-socialist movement) family, and the boys were insulted. They were later injured in violent political riots. The connection between their injuries and Vronikas words was not seen, but the boys mother complained to Heinz Staffin, the local group leader of the Leiden NSDAP (National Socialist German Workers Party). Vronika was sentenced to 3 months in prison. Steffin arranged to become the trustee of the jewelry store and shared in the sale of the goods. The store was closed in December 1941.

A year and a half later, Hartog and Vronika were deported via Westerbork to Sobibor and murdered there on the same day. He was 68; she 60.

Their three children all survived the war, living into their 70s or 80s.