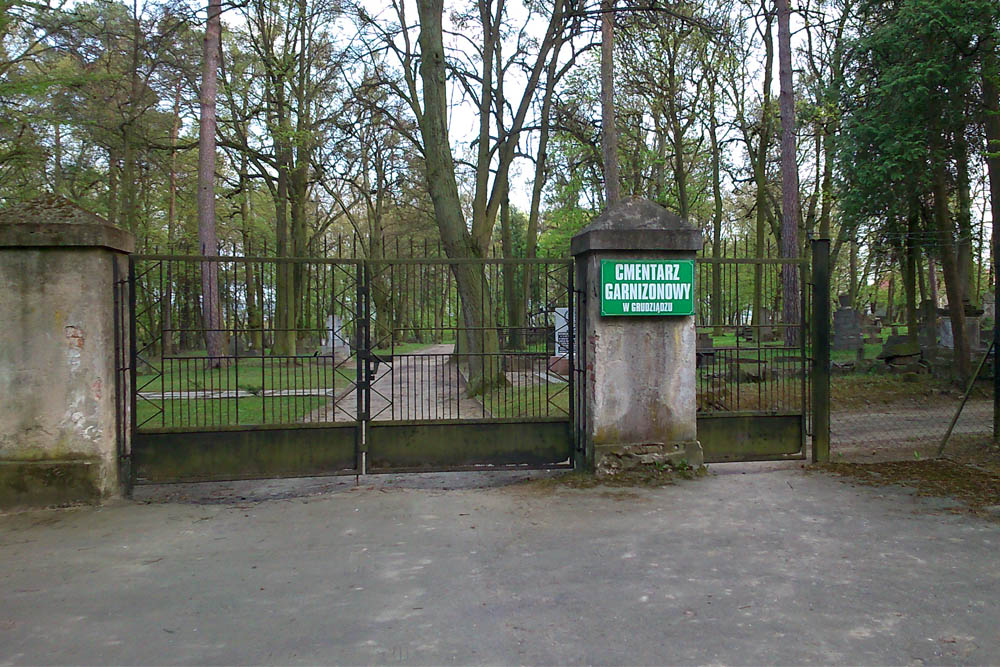 The Garrison Cemetery (also known as the lower cemetery) was established in 1807 for the burial of soldiers who died during the siege by Napoleon's army . Later, the deceased Prussian prisoners of war were buried here as well. During the world wars, German soldiers who died in hospitals in Grudziądz were also buried here. In the interwar period, the cemetery was the burial place of Polish soldiers, including those who died in the Polish-Bolshevik War of 1919-1921.

The Garrison Cemetery was damaged in the fighting of 1945 and the Polish soldiers' quarters of the 1919-1921 war were leveled afterward. The German graves were exhumed and reburied at the German War Cemetery near Mławka.

This cemetery contains the graves of many war veterans, including: